Answering The Age Old Question: What Are You Doing After College?
Odyssey
CurrentlySwoonLifestyleHealth & WellnessStudent LifeContent InspirationEntertainmentPolitics and ActivismSportsAdulting
About usAdvertiseTermsPrivacyDMCAContact us
® 2023 ODYSSEY
Welcome back
Sign in to comment to your favorite stories, participate in your community and interact with your friends
or
LOG IN WITH FACEBOOK
No account? Create one
Start writing a post
Student Life

Answering The Age Old Question: What Are You Doing After College? 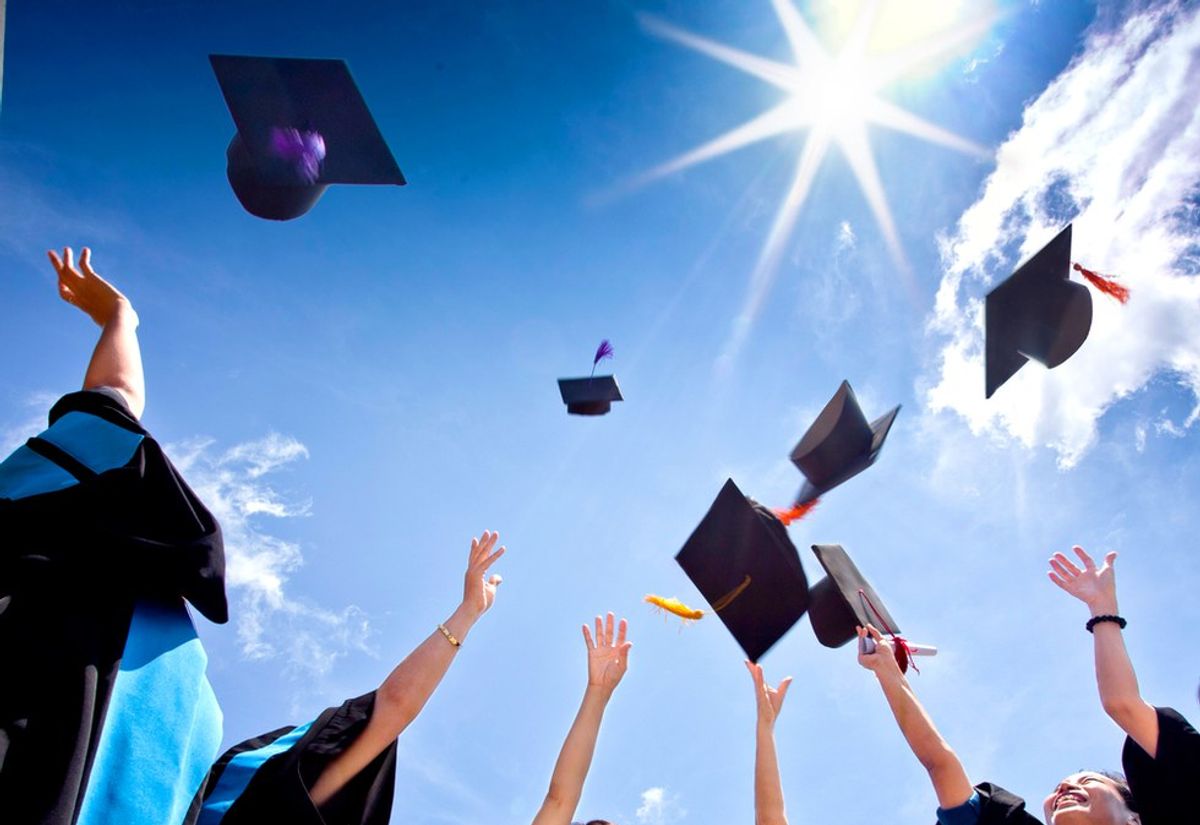 As I approach graduation, it seems that every time I attend a function, or visit with a family friend, or leave my house, the world is waiting to ask: what are you doing after college? To which I politely answer because I don't want to be rude. Even if I've already answered it a hundred times before and my answer still hasn't changed. But such is the life for a newly made adult.

The truth? I have no idea what I'm going to do after college. And that's a totally acceptable answer.

I really hate that question "what are you going to do after college?" because I'm still in college. I haven't graduated yet. There's still a chance - albeit small because I'm the kind of student that loves making the Dean's List - that I might not even graduate on time. Which would be really unfortunate because I've been in college for five years already, but still, that would be okay! Right now, though, my only priority is to make it to graduation and get my diploma. I haven't thought about after college because I'm still doing college. I don't want to answer what's after, I just want to make it to the finish line, catch my breath and then stare at a wall for a little while.

I've spent the last 18.5 years going to school. Always knowing what was coming next, always knowing where my life was going. I ran on auto-pilot because I didn't need to think about the future. But for the first time in my life, I have no schedule. I have no immediate plans for my life. And I'm going to enjoy that for a little while because I've earned a few seconds of downtime.

I know that when I'm asked by my friends and families about the future, they want to know so they can support my endeavors. Which I appreciate greatly because there's nothing better than knowing you've got people in your corner. But it also puts a lot of pressure on me and makes me feel like I'm not as together as I should be.

I'm not the kind of person that had her entire future planned at 6 years old because I'm not even sure what tomorrow will bring. I have an idea of where I would like to go in the coming years, but I have to finish the task at hand before I can move my thought process forward. In my collegiate career, I changed my major three times before settling on my current program so you think I know the answer to what I'm doing after college? I can't even pick a place to eat most days.

I think a better question to ask this new generation of college graduates is: what would you like to do with your future? There's no added pressure of needing an exact answer of where we're going or what we'll be doing. But the people that are interested will have an idea of what's to come for us (almost) college graduates.

So Erica, what would you like to do with your future? Find what makes me feel alive and let it consume me. And to never ever have to answer that question again.

33 Books Every 2000s Middle Schooler Remembers All Too Well