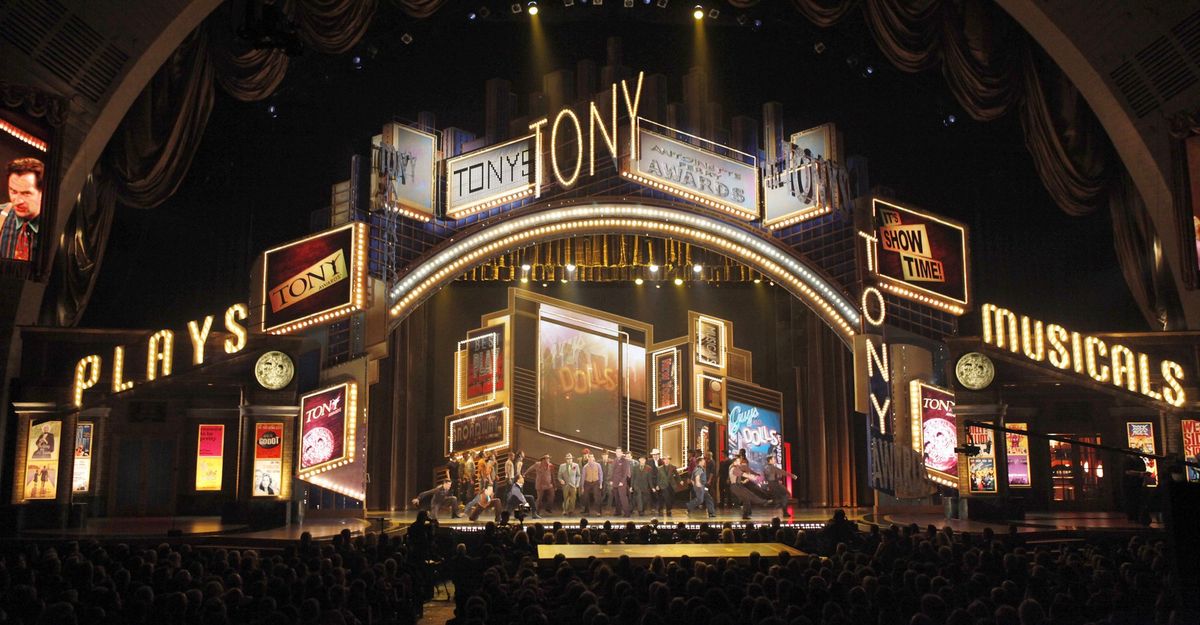 This June 11th at Radio City Music Hall in New York City, the 71st Annual Tony Awards will take place and be broadcasted on CBS live at 8/7c.

The Tony Awards celebrate more than just the wonderful musicals and plays of the year, but also the wonderfully talented souls that have banded together to make these stories a living reality. But the Tony Awards also stand for, honor, and revere the messages that these brilliant stories communicate to the world.

I absolutely adore the stage and those who draw near to it. Musicals and plays have genuinely impacted me in ways that words can't explain, so the Tony Awards really are the best time of the year. It really is like Christmas all over again as I get to cheer, root for, and encourage my favorite Broadway stars...whether they win the category they're nominated or not.

So if you haven't been scared off yet by my love for Broadway and those who draw near to it, here are my 2017 Tony Award Winner Predictions regarding musicals...

Nominated for nine Tony Awards, Dear Evan Hansen has struck a remarkable chord with each and every audience for which it performs. The New York Times calls it "a gorgeous new musical for anyone with a beating heart." Dear Evan Hansen is a brilliantly balanced mixture of strategically placed humor, deeply personal (and relatable) characters, and a profound story about life and the way we live it. Even as you listen to the cast recording, you'll find yourself laughing - but with tears in your eyes - as the show holds you in an intense emotional grip.

And BEN PLATT (who you may recognize from "Pitch Perfect"). Oh my goodness! Ben delivers an absolutely stunning performance and truly embodies the character of Evan with brilliance (I bet you can't guess who I think is going to win Best Actor in a Musical).

I seriously can't speak enough of my love for this show - go check out the cast recording RIGHT NOW if you haven't yet heard it.

Best Revival of a Musical

Falsettos is a story that revolves around a non-traditional family coping with the struggles that come from this such as their dysfunctions, flaws, and (the biggest plot line) the impending tragedy of an international health crisis.

This musical originally opened in 1992 - this revival has touched the hearts of many. From the simple yet ingenious development of the set pieces to the talented cast, everything comes together to deliver a heartfelt perform to all audiences.

As one of my best friends (and fellow theatre kid) put it, "Ughhhhh. Andrew Rannells and Christian Borle melt my heart every single time."

Honestly I can't say enough about Ben Platt (oops have I said that about everyone? Oh well, it's true!!) Since this was a new musical, Ben was able to develop and form this character as the show moved forward in production. He brings SO many unique quirks and really brings the character of Evan to life. Aside from the wonderful character development and acting, Ben's vocals dazzle you, and then dig straight into your heart as he depicts your wonderful message that Dear Evan Hansen drives home in each scene, song, and intentional action.

Ben Platt is Ben Platt. Therefore, he should win this category. End of story.

Her voice. Her facials. The way she portrays emotion. Honestly, I'm a bit speechless and can't come up with the words to say when describing Denee.

Click here and you'll understand exactly what I mean!!

Yes, this is another member of the Dear Evan Hansen cast and I'm not going to apologize one bit!! I expect Dear Evan Hansen to sweep the Tony's this year, in most of the categories their nominated for due to the brilliance of this brand new musical and those involved with it.

Mike Faist is one of these brilliant minds. He brings the character of Connor to life, developing this character from scratch just as Ben Platt did with Evan. The character of Connor actually morphed and changed drastically from the original script and idea, and much of this is due to Mike Faist. Michael Grief, director of Dear Evan Hansen, credits Connor's deep involvement in the plot to Mike...and I'm so, SO glad.

Known for her role in Pippin, Rachel Bay Jones (also from Dear Evan Hansen - do you see a re-occurring theme yet?) plays Evan's mother. She is one of the older members of the cast and brings balance to the show through songs such as "So Big / So Small"...the show truly wouldn't be the same without her.

Come From Away (Irene Sankoff and David Hein)

If I'm wrong about Dear Evan Hansen sweeping the Tony's this year, then I don't wanna be right.

Christopher Ashley for Come From Away

Rachel Chavkin for Natasha, Pierre & The Great Comet of 1812

My Prediction: Rachel Chavkin for Natasha, Pierre & The Great Comet of 1812

Although my admiration for Dear Evan Hansen has me rooting for them in most major categories this year, Rachel Chavkin truly did an exceptional job with The Great Comet.

(p.s. my previously mentioned theatre friend got me a Playbill from this show signed by Josh Groban, so it only felt appropriate that I predict The Great Comet reign victorious in at least one category. It really is a magnificent show!)

What are your predictions for this year's Tony Awards?! Who do you think will sweep the night away? It's obvious that I'm a little bit (okay maybe A LOT) in love with Dear Evan Hansen...