Analyzing classic pieces of American literature is something everyone should attempt. 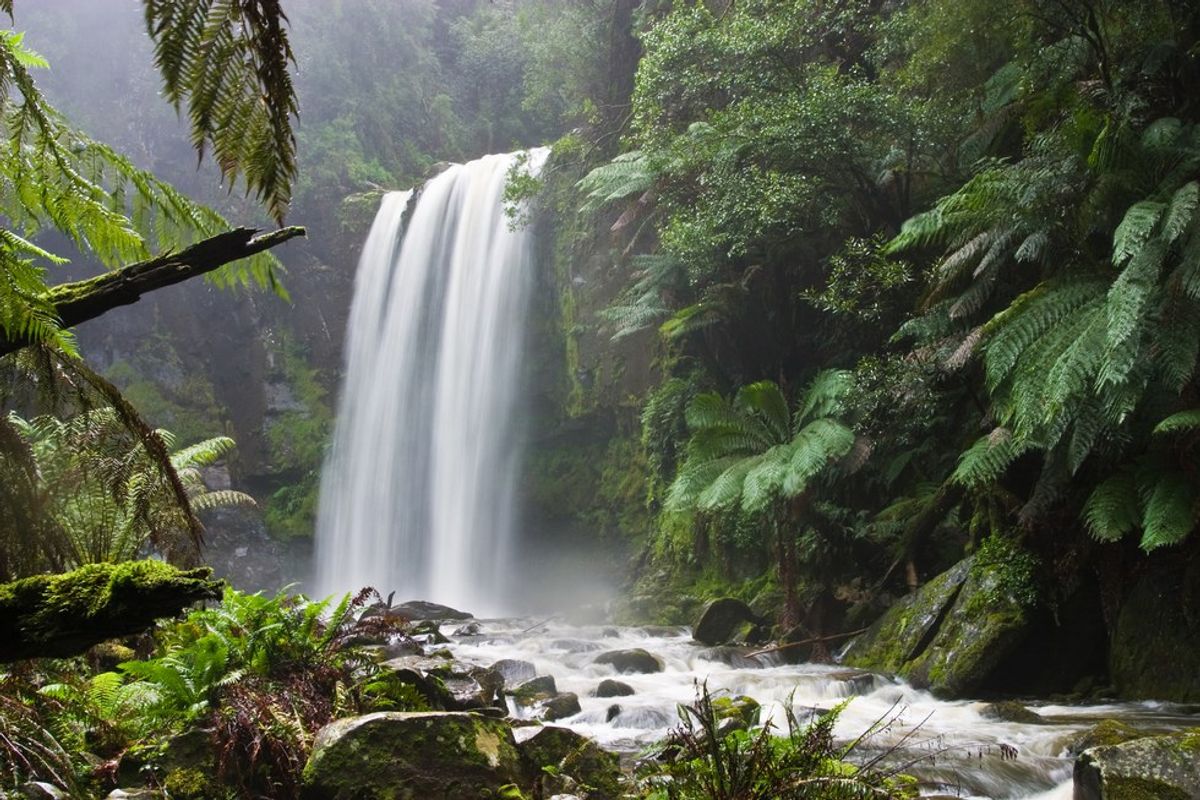 Ralph Waldo Emerson was an American philosopher and poet who sparked the social movement of Transcendentalism around 1836. America around 1836 was expanding industrially and technologically, making huge advances throughout the newly prosperous country. Emerson was special in that, in the very beginning of these advances he could see the possible consequences that these things would have on human divinity with nature. He believed it could separate us from the inspiration that the world of nature inspires around us. He had a quest in his life for unity and self-reliance. His piece, “Nature,” represents the beginning of Transcendentalism, which teaches that divinity is throughout all things in nature and humanity. “Nature” is a thought-provoking essay that describes his abstract thoughts about humanity’s relationship with nature.

At first, he argues for a new approach to understanding nature by defining. How he defines nature is the start of his new approach to how he understands nature. In the universe there is nature and the soul. He states that nature all that is separated from us and then distinguishes nature from art; art being natural objects that humans alter for purposes. Nature refers to essences that are unchanged by humans: space, the flower, and the air. Emerson believes that humanity has lost a bit of curiosity and excitement in creating new things because industrialization and the immense reliability of theories already created and histories about nature rather than observing it on one’s own. He believes in a new approach for understanding nature, by casting out all of human’s outside theories and historian’s teachings and immersing oneself into nature. This gives one a chance to provoke greater insight into the world of nature than ever before. He states that through nature’s forms, it describes its own design, and that other interpretations are not needed to perceive it. This approach differs from the ones in the past by not relying so much on the history of past generation’s beliefs of thinkers and, instead, relies on the new thoughts of people of today and one’s own perceptions of nature by not just accepting past impersonal theories.

"In the woods, we return to reason and faith." -Emerson

Emerson considers that the relationship between most people and nature is that people take nature for granted. This concept is conveyed when he mentions the stars and how if they only appeared one night in a thousand years the great and amazing impact that the stars would have on humankind. Because they appear every night, people are not as astonished by them as much as they would if the prior were the case. He has a philosophy of seeing things new each day and that all sorts of nature have a beautiful influence, even if they are always present. Another view of how Emerson views humans relationship with nature is that he believes that men own farms and fields but do not own the landscape or scenery. He states that the best part of the farms are the scenery which the land contains for the eye to see and lack actual, earthly documentation of ownership. Nature, Emerson uses the woods for example, brings perpetual youth to humankind and returns the human soul to reason and faith. Furthermore, he states that the sun shines into the eyes of a man but shines into the heart of a child. One who appreciates and sees nature like it is new, as a child would, will experience a never ending feeling of youth. The relationship Emerson describes between nature and people is that of a bond of contemporary tranquility and advanced understanding.

There is evidence of Emerson’s moral or religious beliefs in “Nature” that might have influenced how he views humankind’s relationship to nature. Emerson mentions God when he talks about how he feels in the woods. With vast space and bare ground beneath his feet and blissful air around him he feels as if he is nothing and sees everything. He states, “I am part of a parcel of God.” Which portrays that he is a part of a package of something much more grand and divine than himself: God. So, this shows that his religious belief that God is greater than him and he is nothing but a smaller part of the entire parcel, conveys that he may view nature, like God, is grander. It is his passage to the tranquility God has created through nature in him. Nature can change each day due to the hours but one will see what they feel in nature, for it, “wears the colors of the spirit.” So this, too, gives nature a God-like essence portraying a religious belief of Emerson.

As intelligent readers and Americans, we should treasure critical-thinking literature like Emerson's "Nature." Pieces like these improve our awareness with nature and the world around us, a concept that is dwindling in today's society. Self-reliance and much needed solitude are healthy ways to clear one's mind and feel balanced. Emerson shows us in "Nature" his extraordinary beliefs about humankind and their relationship with nature. Even a progressive minded, independent individual like Emerson still valued and related back his divine experiences to the great creator. Analyzing classic pieces of literature is something everyone should attempt. You never know what you can learn.