An Open Letter To The Man I Thought Was The One

It took three years and a silly engagement to realize you weren't. 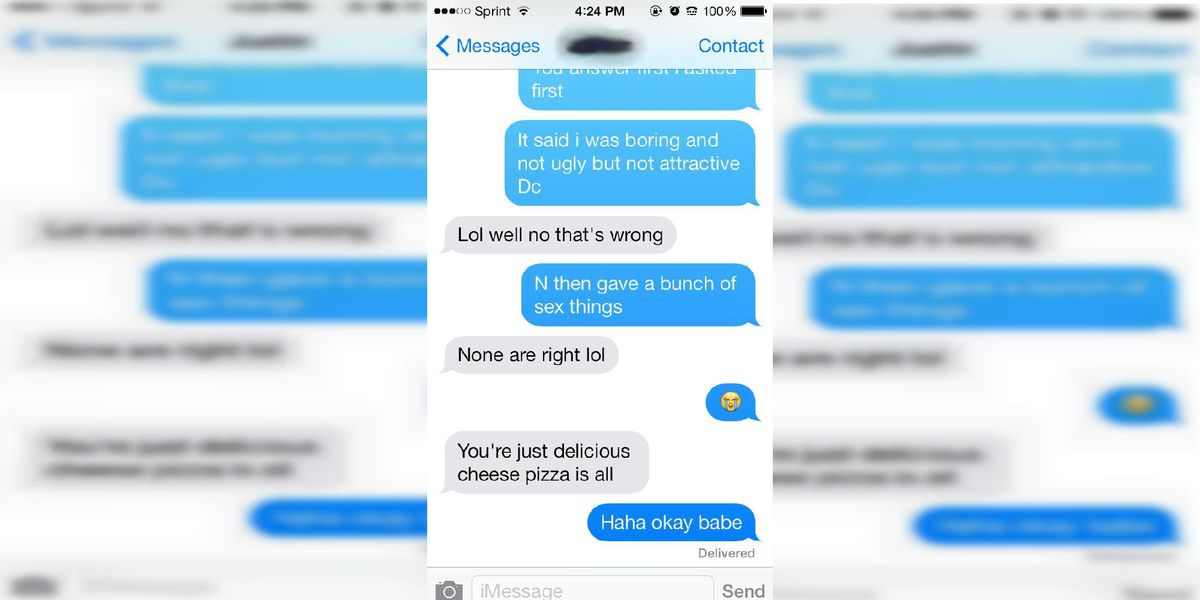 They say you meet 5 different types of Soul Mates in your lifetime. And for a while, I thought you were the true one. It took three years and a silly engagement to realize you weren't.

Let's not start there though. I want to start from the beginning, how when we met I specifically told you I could be everything you wanted with no strings attached in the exchange that you would be honest with me. I would leave you alone, never get attached, never get angry, but only if you remained honest. You said you were when just after a few days you took me out on a date, I knew then that it was becoming a slippery slope and I should have gotten out immediately. Once someone shows me true affection I get attached, I can't leave them alone; I become jealous. But, that night I realized you were my best friend and I couldn't just leave. We had so much in common, we could talk about anything for hours and laugh constantly, we could do it all together. I should have known then.

Fast forward a few months; by this time I was head over heels for you. I was 16, what else could you expect? Except the love I felt wasn't some childish naivety, it was real. I felt something deep within me and for some reason, I convinced myself that it was True Love. Yes, I was young and yes, I was dumb...But I would have done anything for you. You knew that. That's why things started to fall apart. Now that I'm older I know what happened- you were in love with me too. You just didn't want to be. You were four years older but no more mature than I was. You were young and dumb too. You knew you loved me, your friends would come to me and tell me things like "I've never seen him act like this" and "It's like you hexed him". All that led me deeper down the rabbit hole, with my thoughts screaming at me that it was meant to be, it was meant to be, it was meant to be.

You tortured my love for you. One day you were holding me telling me you wanted this forever and the next you ignored me for hours and told me you didn't want to see me anymore.

Did you ever count how many times you called me drunk, crying, asking for me back? It was five.

Did you ever count the times you said you were sorry and wanted me back? I lost count somewhere in our first year.

I say, "asking for me back" like we were ever together. But we weren't, we were never official. It was three years of back and forth friendship that always ended in sex. For some reason I could never quite get over you, we could go months without speaking but once you called I would be right back in your passenger seat in the parking lot of Winco talking about the whole universe.

I couldn't give up on my best friend.

I thought you were the one.

You once said we had nothing in common. Now that I am older, I realize what you really meant.

You eventually did realize though, I'm not sure when. But you did, it was obvious the last time we spoke a few months ago. I too wish that we could be friends, and I will always love you and always miss you. But I have moved on, and the man I am with now does not deserve the stress that comes when two old lovers stay friends.

This man deserves me. From the moment he met me he knew 100% that I was exactly what he wanted. He asked me to marry him with a ring pop three days after we met. Yes, I am still young and still a little dumb, but I know what I want, what I deserve. This man is more of a man than you ever were to me. I see you now and I see your growth to this day and I just want to say to you:

I still love you, but you will never have me. I hope to the universe that one day you'll meet a girl that will love you like I did and that you will be mature enough to see it and you don't let her go. Don't let her go because a love like mine only comes once and if you get it twice. Don't. Let. Go.

He has my love today, all of it, and forever. It took me a few months, I was blinded by my past, but eventually I realized the man I have today is my One True Love. I'm young, but we have already gone through so much. I know it's together forever for us.

Maybe one day we can be friends, and I hope that you see this and read it. It's everything I've ever wanted to say to you. You hurt me deeper then anyone but you also taught me the most, for that I will always be grateful.

I hope you have fun in Japan. I heard it's great there.

Sincerely, the person you used to call Cheese Pizza.