One of the most renowned on the Internet. 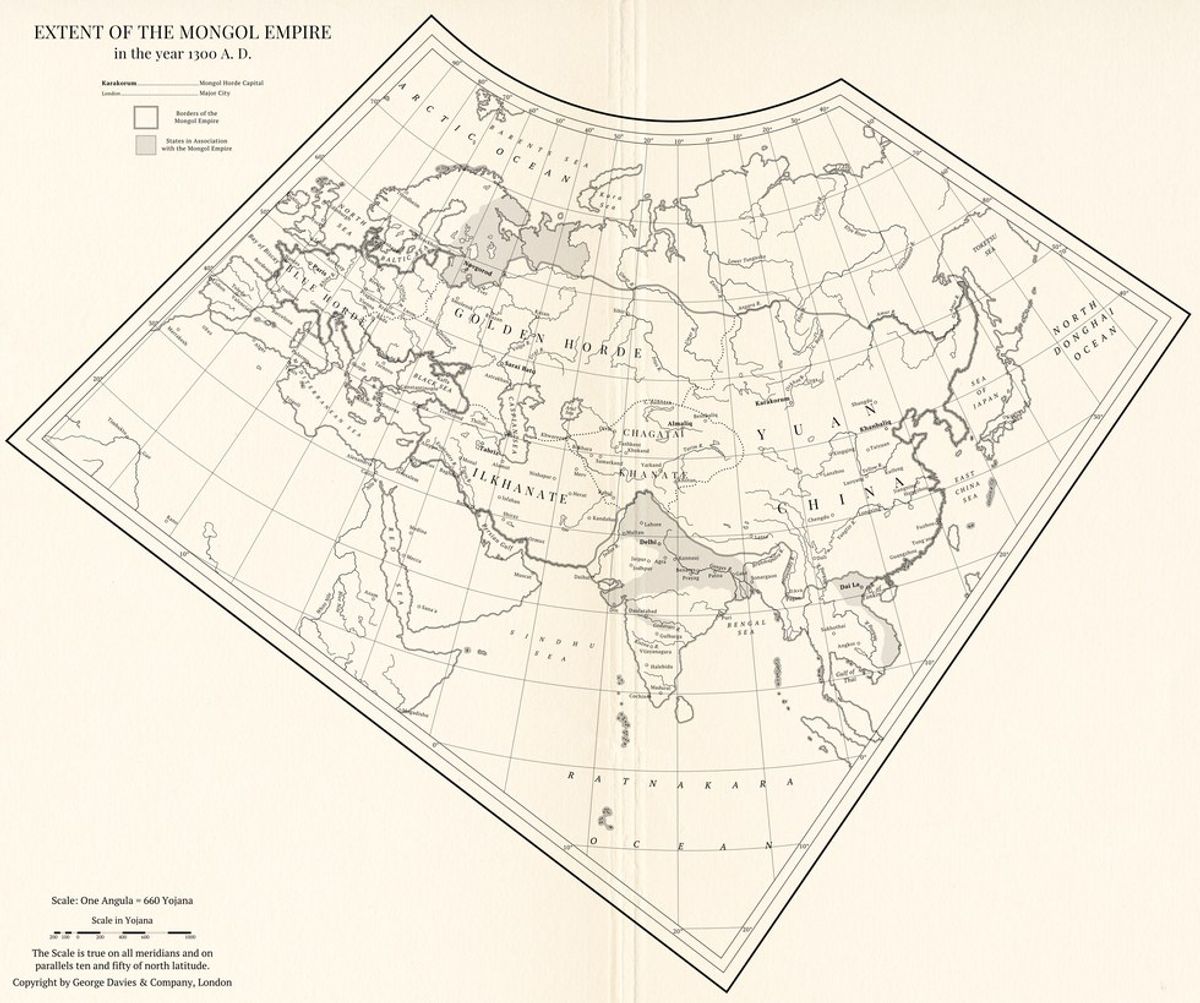 Lynn Davis is a renowned cartographer and alternate historian among the alternate history community on the internet. She makes maps for commissions and for her other projects.

Wallace: What got you into alternate history?

Davis: One of my biggest influences was, well, just being a huge fan of history. My first major love of history came in a fascination with the Titanic when I was 7 or 8 and continued from there. Naturally, at some point I started asking what it would be like if the Titanic had not sunk and, well, things developed from there. As for professional alternate history, it was actually S.M. Stirling’s Draka series that got me into alternate history as an actual genre.

Wallace: What got you into map making?

Davis: Well, I grew up around National Geographic magazines and encyclopedias with their beautiful, detailed maps, so I had a love of mapping from an early age. I got into it in earnest after seeing some of the intensely professional and gorgeous maps posted on alternatehistory.com, found a tutorial and started from there.

Wallace: How would you describe alternate history to someone who is unfamiliar with the genre?

Davis: Alternate history is, I think, a genre about questioning our perceptions about history. To people unfamiliar with history, it may all seem to be one monolithic timeline through the ages, but alternate history challenges that notion by taking the study of actual history and applying it to try to get an idea of what the world might look like if things had turned out differently.

Wallace: What tools do you use to create your maps?

Davis: I’ve used Photoshop, GIMP, Illustrator and even dabbled in Quantum GIS, but the program I keep coming back to is Inkscape, a free vector graphics program that is incredibly easy to use and very versatile.

Wallace: What advice would you give to aspiring mapmakers in the alternate history community?

Davis: Diligence. Creating a map has never been something easy or quick to do and is best done by taking an idea and applying yourself to it again and again. Practice really does make perfect, and the more time and effort you put into your work, the better your results will be.

Wallace: Where do you get inspiration for your maps?

Davis: Well, primarily from reading various non-fiction history books, but really it can come from anywhere. Sometimes I may see a documentary about a time period or read about it in a magazine, or sometimes it’s as simple as seeing pictures of a place and wanting to imagine a different political geography.

Wallace: Do you have any particular era of history that fascinates you?

Davis: This is a difficult one. Really, I love just about every period of history, but my favorites would probably have to be the Early Medieval period and the post-colonial era in Africa and Asia.

Wallace: What inspired your "A Short Guide to Greek Civilization" series?

Davis: Well, the series was itself a commission, but the idea on how to present it came from a conversation between the commissioner and myself, about how Chinese history is usually presented as a steady development of the Chinese civilization from one era to the next, but few other countries have the same presentation. As he is a lover of Greek history, it was only natural that we came up with the idea to apply it to an alternate Greek history.

Wallace: Do you have anything you’re currently writing?

Davis: I’ve gone through many large-scale alternate history ideas, from my series "The Grand War" to a couple of aborted timelines, so I’ve decided to start a bit smaller and work my way up. Currently, I am in the middle of writing a relatively short and small-scale timeline covering the events of an alternate history for the ancient city-state of Carthage, called "Beneath the Light of Astarte." It’s my attempt to do a well-made and thought-provoking piece of alternate history writing (accompanied with plenty of maps, of course) and do it in such a way that it actually gets finished. I hope people will enjoy it when it comes out!

Wallace: Are there any other works that you would like to showcase?

Davis: I think one of the works I am most proud of is a map I made for the YouTube series "The Great War," a series which covers the events of World War I in real time 100 hundred years later. You can find the map on their video here.