Amy Schumer And Her World Domination 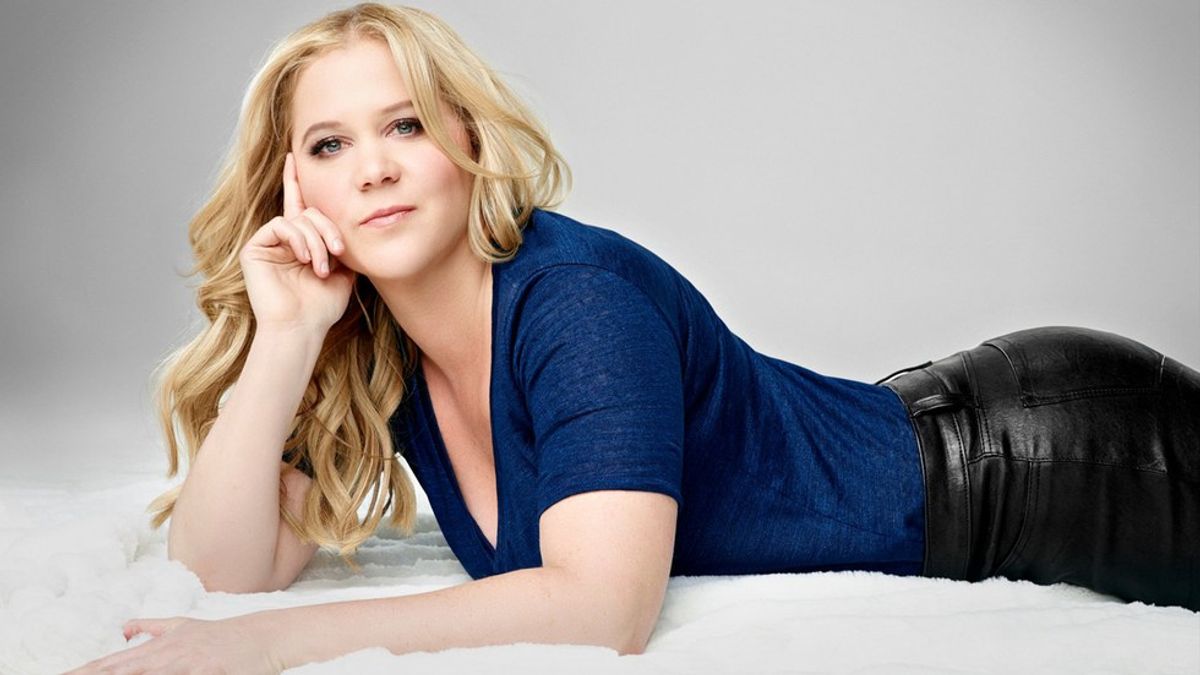 For those of you who haven’t already been informed by now, comedian Amy Schumer has kind of taken over the world in the past year. You don’t even really need to follow comedy at all to know that she has been the subject of many talk shows, interviews and all kinds of publicity throughout 2015. She is one of those stars that just burst into the spotlight, and now everyone is starting to see how great she really is. And to make things a little more interesting she is also changing the way we see female comedians.

I first saw her pop up on my Facebook news feed in March of last year, where Ellen was interviewing her about a movie that she was producing and writing titled “Trainwreck.” But it wasn’t the news about her movie that people cared about, it was her presence on the show. Everything she said was like she was doing stand up. She states such quotable lines, when talking about how people eat popcorn and how she doesn’t fit in LA because she is a born and raised New Yorker. She had put on a show for Ellen, and this was where people who had never seen her before could take note.

Amy Schumer knew once she became relatable to people that she could almost say whatever she wanted. She is taking over the comedic world because she isn’t afraid to say what everyone is thinking. So many other comedians are hilarious, yet still have those boundaries, but not Schumer. And this is what has lead to her success. On her show Inside Amy Schumer, she created a sketch called “Last F**kable Day.” Sounds outrageous right? Well this might be true but it’s also hilarious, and commenting on how Hollywood treats women as they start to get older.

The sketch has Tina Fey celebrating Julia Louis Dreyfus’s last “f**kable” day, also known as the last day where Hollywood portrays you as a “f**kable” character. Once this day is over, you'll probably be cast to play someone's mom or grandma. Schumer swiftly and hilariously explains this to us through the sketch and pokes at Hollywood for making these women in their late 40s and early 50s seem like they are just disgusting now.

Part of the reason why people like her so much is not just that she is able to talk about things that are controversial, but everyday occurrences that we don’t even realize can be seen as a joke. One of her sketches on her show is titles "Girl You Don't Need Makeup" and makes fun of the fact that it is seen as such a disgrace when women don't have makeup on. She makes it seem so ridiculous that girls even have to put on makeup to look good and exaggerates of course, but it's still semi true. She is making fun of the industry that she is a part of, and she is doing it perfectly.

She generally makes fun of women's magazines and photoshoots, and killed it by having Annie Leibovitz photograph her sitting on a stool with just underwear on. It was the perfect thing to throw in any photoshoot's face that is too serious. So many women try so hard to look perfect, meanwhile Amy sits on a stool, no shirt, heels on and cup in hand, just to again show everybody that there is no need to look like something you're not.

Now that she has the attention and the crowd in her hand wherever she goes, it’s almost like there really are no boundaries. Even when she went to an event for Time Magazine filled with people of importance (as she described it), she decided to make it something funny. Everyone is so worried about how they look on the red carpet, and Amy decides to prank Kim and Kanye by falling on the ground in front of them, once again defying the norm.

This really has been the year she's exploded and broken down a lot of walls for comedians in the future.