DACA Recipients Speak Out With Fear Of Discrimination
Odyssey

DACA Recipients Speak Out With Fear Of Discrimination 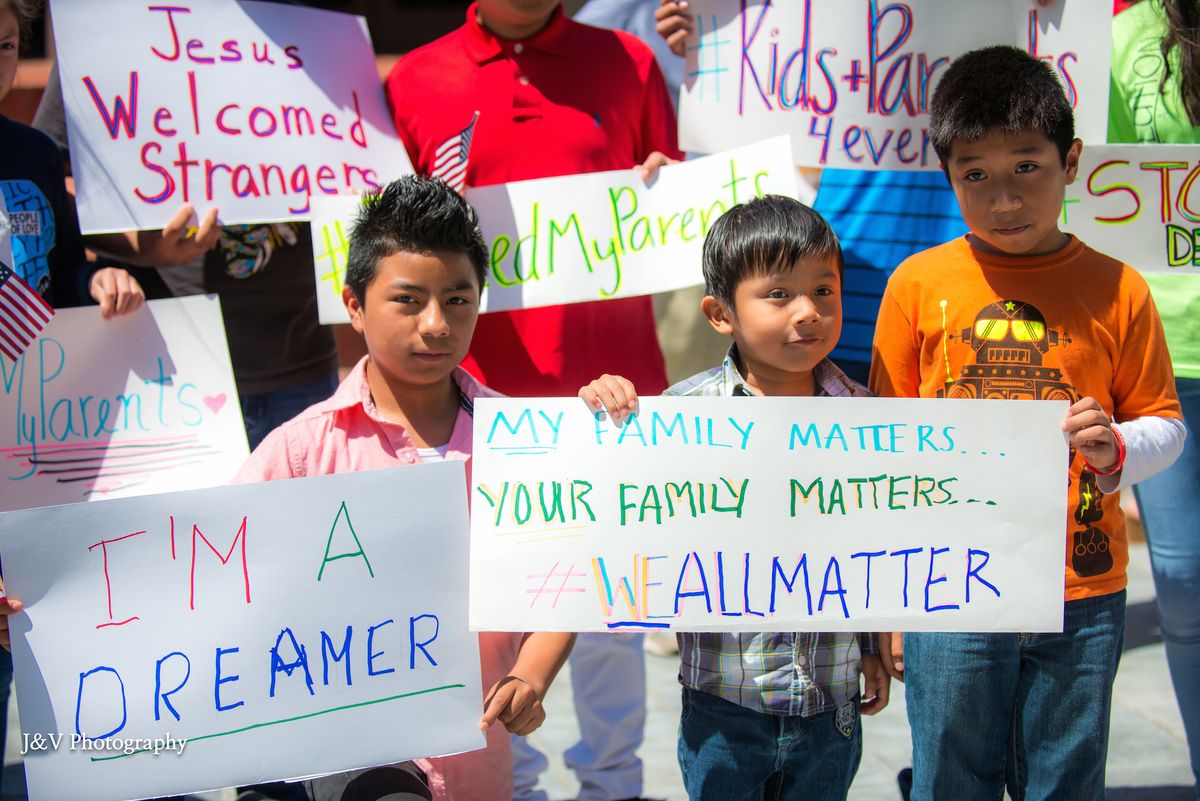 What does the repeal of the DACA law mean for the Dreamers?

As many have heard, the rescinding of DACA was formally announced yesterday, September 4, 2017, by President Donald J. Trump. DACA, an acronym for the Deferred Action of Childhood Arrivals Act, was passed and implemented by the Obama Administration 5 years ago in June of 2012.

These are children who go to schools in The United States of America, where they pledge allegiance to the flag and live their entire lives adapted to American society and American peers, neighbors, friends.

Since the program was implemented by Obama in 2012, America has given a dream to more than 800,000 undocumented immigrant students. They could now pursue higher education at colleges and universities, start careers, join military services, and enjoy so many other freedoms. The immigrants who qualify have been given the opportunity to join society while also paying taxes -- as they are given a social security card, the ability to get a license at the DMV, the ability to work, and the opportunity to study at public universities and institutions in America.

However, the act doesn't allow undocumented immigrants to get financial aid from the government. Meaning that most immigrants are spending a majority of their own money to pay their tuition and book costs, while also paying their bills and living costs.

With the rescinding of DACA by the Trump Administration, the lives of an upmost 800,000 students will drastically change. Thousands of undocumented immigrants will lose their deferred rights to work, obtain identity to pursue higher education and study at public universities.

Thousands of America's pupils will be thrown out of their institutions and left with the uncertainty of deportation and the possibility of discrimination. Congress now has 6 months to decide whether President Donald Trump's revoke of the Dreamer's Act will be implemented as federal law.

Scrapping all political sides and angles, DACA's repeal will certainly affect the social fabric of America, whether the Trump Administration has intended to or not.

With this all being said, no one truly knows what a DACA student feels about The Administration's repeal of this act, aside from the actual "Dreamer's" of DACA, coined to describe recipients of DACA by the Obama Administration.

Who are America's Dreamers? How are they really affected by this change?

Do these undocumented students really pose a substantial threat to America? In this article, DACA recipients at Clemson University delve into the details of being DACA Dreamer's as well as answer questions pertaining to the basic fundamentals of the Dreamer's Act, and the public's opposition to it.

I asked 3 of Clemson's DACA Recipients how old they were when they arrived to the U.S. Two of these recipients would like to remain anonymous for personal reasons and one is okay with her name being used for the purpose of this piece. Their arrival ages ranged from 2 to 7 years old. Everyone agreed that their families decided to come to the U.S. for economic reasons and better opportunities, Amairani Correa put it simply by saying "it was to have a better future.

The economics in Mexico weren't the best for us and we knew where we could find better opportunities." Correa is a 21-year-old Senior at Clemson University studying Administrative Office Technology. Her dream was to become a teacher, but because of her status, she was denied any major that requires a licensing.

The decision to pursue higher education was one that each of these DACA students was faced with. When I asked Mark*, a graduate student pursuing his PhD at Clemson in Material Science and Engineering, what DACA really did for him he answered saying "I wanted to better myself and get a better job - I had no idea what to do after high school.

When DACA was passed on June 15, 2012, I was able to apply to universities and although I wasn't eligible for funding I at least had some type of status." He continues, "I was given the ability to work, which was really helpful especially during my undergrad."

Is higher education necessary for success in America's economy? Jacob*, a sophomore at Clemson studying Exercise Science, says "Absolutely." Mark* agrees saying "bachelors degrees and college degrees are almost essential -- it's a very competitive job market out there that would be hard to contribute to with just a high school diploma."

All of these DACA recipients are first-generation students. The first in their families to pursue higher-education at public institutions. Correa is proud of this and says "it's helped me inspire my siblings to also do better. My brother is a DACA student as well and has seen the struggle and limitations of our status.

But him seeing how I've kept going, and have made it to my last year, inspires him to keep pushing as well." Mark chimed in saying "It's huge to be a first-generation student. I'm the first person in my family to graduate from college and they're obviously very proud of me. This is something I wouldn't have been able to do if it wasn't for their sacrifice."

Jacob agrees with Mark saying "my dad's always worked construction. DACA gave me the hope not to fall into the same category and actually go a different route for my family and future generations."

The fair amount of opposition against DACA is also worth noting. I asked these recipients how they felt about it. "I think the opposition is really misplaced" argues Mark "A lot of people don't understand that DACA recipients pay taxes and contribute to the economy. There's a fear for jobs, but we overall contribute to the job market -- the country as a whole is pretty polarized right now. I don't want to say it's divide racially, but it seems that a lot of the rhetoric makes me wonder what exactly American's are afraid of. It's not exactly a friendly environment to those who are different."

Jacob argues that the general public doesn't understand "because they aren't coming from the same situation. They think we're coming for their jobs but we all have had pretty much no choice in coming here. We were all raised here but people still discriminate against us as if we're aliens to American society."

Correa agrees, saying "It's hard. It's hard that this can just be taken away. There's 800,000 other recipients who have come to the point where they basically have their lives together, their careers, and everything else just so it can be stripped away. It's heartbreaking, now we all have to start over again and see what happens."

So what about the long-term? Mark confesses that he's not sure, "I won't be able to renew mine because it doesn't expire within the time frame Trump has allowed. I'm not sure if I can continue with my TA responsibilities because I'm losing my ability to work." He continues, "for the long term? All I hope is something will change. I don't know how long I'll wait for change... You can't just sit around waiting."

The students that so willfully answered my questions aren't even a percent of America's DACA recipients. America's "Dreamers" are real people, with real ambitions. All aiming to further their educations and freedoms in a country that doesn't seem to want them. To put it simply, their stories can not begin to summarize the struggle that DACA recipients still have to go through to maintain eligibility and their status. The repeal of DACA by the Trump Administration has already sparked tons of activists to rise up and give a voice to America's childhood arrivals publicly and through social media. Where do you stand?