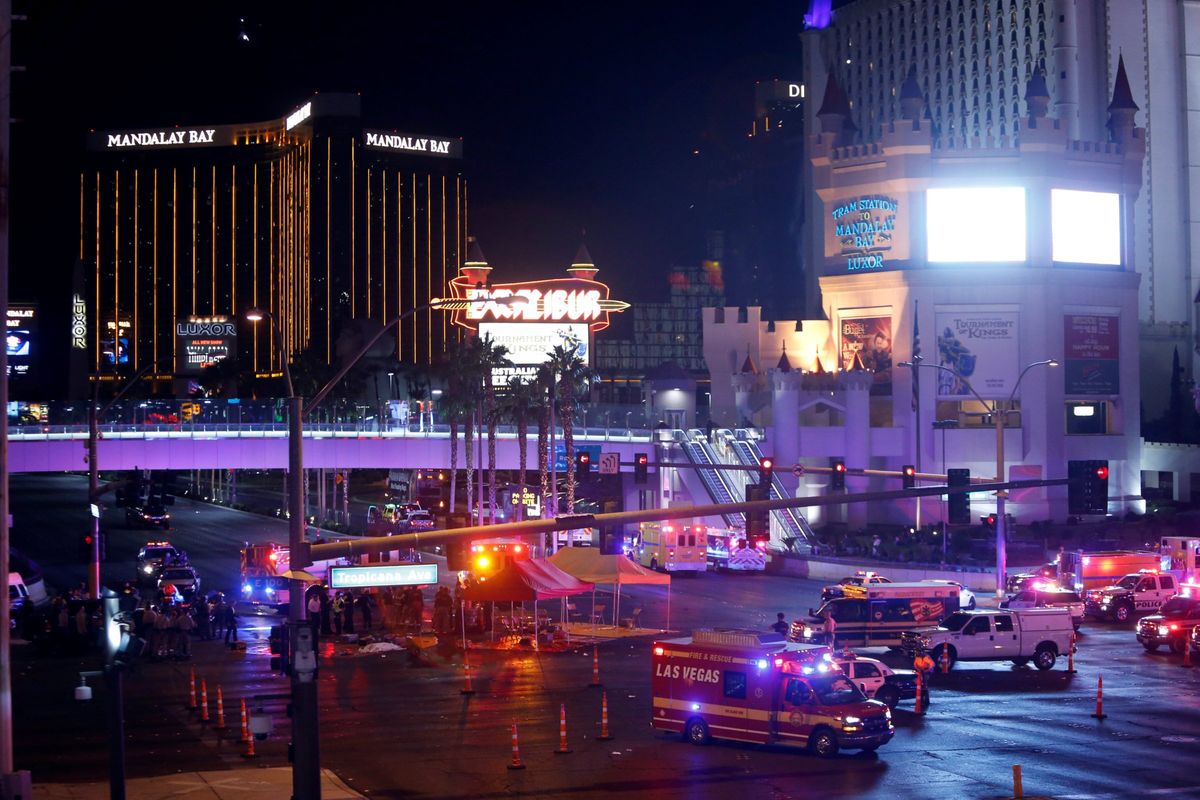 October 1st of 2017 started out a night like any other in Las Vegas, Nevada: gambling, strippers, dirty money, sex, strip clubs, drugs and overpriced alcohol, as each day continues to live up to "the city that never sleeps." During the weekend of October 10-12th there was a the route 91 festival near the Mandalay Bay hotel, in which many of people ages 12-60 looked forward to attending.

This incident was caused by one man, one man who deliberately planned to attacked hundreds of people, injuring over 500, and killing 58, making it the deadliest shooting in American history. Besides the grief, the sorrow, the tears, the anger, one burning question lies in us all: Why? Why was this so brutally planned? How come the suspect doesn't match the typical profile of a shooter? What is even more stunning is that the shooter was a 64 year old retired accountant- who also happened to be a millionaire. No criminal record, and not an individual that was on the LVPD's radar.Questions and thoughts as such only exemplify that brutal nature of this tragedy.

However, this article isn't going to focus on the evil act of Steven Paddock. This article is to focus on our heroes, and our loved ones who fought so hard for each others lives during those 9-14 minutes of terror.

As a legal assistant, I personally know two attorneys who attended this event. They were both less then 50 feet from the stage. I am blessed to say that they are alive to this day, as one has a tattoo to signify the event. Their experience was both horrifying, and heroic. Heroic as they described the actions of others putting their lives before strangers. These men are strong, but I saw this event break them, as it broke thousands of others as well. One brave man, was there with his wife and three children. They were 15 feet from the stage, and experienced and saw the unthinkable. As I am blessed to say, I still have the privilege of working for this man today, as he is a true hero and survivor. His wife and three children were with him, and they are victims, but they are alive and well to this day.

Writing about this tragedy brings tears to my eyes, but the courageous acts of our Americans are what bring light to such a dark event. Multiple trucks arrived at the hospital before any ambulance did. Strangers acted like long time family members and worked together to do CPR and save lives. People used their clothing to try and stop the bleeding on others that they didn't even know. There was so much goodness conquering the evil, due to the fact that nurses and others putting their medical skills to work by saving the wounded. This is what should be focused on, the goodness that conquered evil in our world, as it is the fiber that makes up America. Many lives were saved that night because of the hidden hero's we have spread though our country,

There is no doubt that this event is a horrific one, but we have to focus on our strength, our willingness to work together, and the determination that our nation embodies. We are a nation of love and goodness, and we will to continue this way of life.

My condolences go out to the victims of this event. My heart and prayers go out to the families and friends of the victims.Time heals all wounds, but the 58 victims taken by this American tragedy will hold a special place in Las Vegas and America's heart, as they will never be forgotten.

QueenRadhi
The State University of New York at Stony Brook
3150