American Gun Control Laws: Or, Lack Thereof
Odyssey
CurrentlySwoonLifestyleHealth & WellnessStudent LifeContent InspirationEntertainmentPolitics and ActivismSportsAdulting
About usAdvertiseTermsPrivacyDMCAContact us
® 2023 ODYSSEY
Welcome back
Sign in to comment to your favorite stories, participate in your community and interact with your friends
or
LOG IN WITH FACEBOOK
No account? Create one
Start writing a post
Politics and Activism 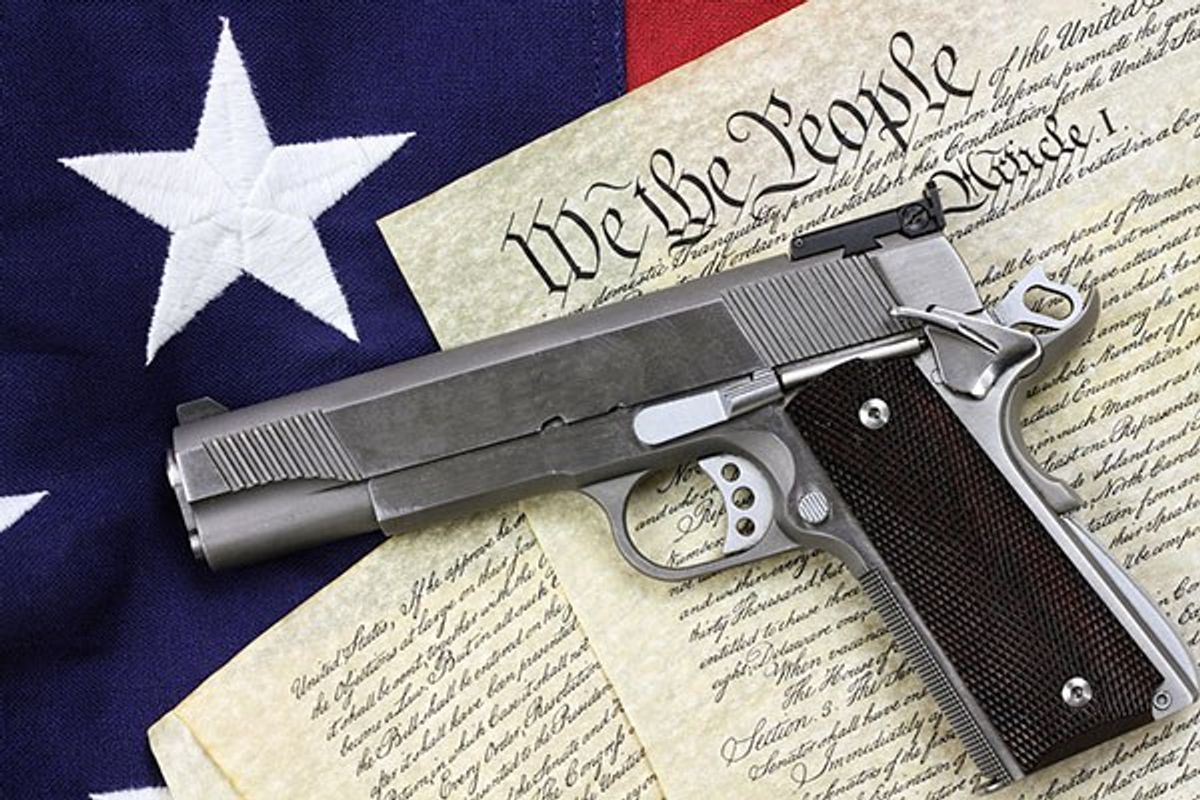 The excess of shootings that have occurred in the United States of America over the past 10 years has been one of the largest topics of conversation all over the world. On October 1st, 2015 a gunman opened fire on the Umpqua Community College in Oregon killing 10 individuals. Since this incredibly tragic event, even more have taken place.

The United States of America has suffered from a gun control problem for many years. Matters of stricter gun control are continuously spoken about but nothing has been done about it. In recent reports by The Washington Times, gun control advocates in America are beginning to turn their attention to countries like Australia and Britain. “Friends of ours, allies of ours — Great Britain, Australia, countries like ours,” President Obama said in the aftermath of the shooting at Umpqua Community College. “So we know there are ways to prevent it.”

On April 28, 1996, Martin Bryant, killed 35 innocents and injured 23 others in a murderous rampage in Port Arthur, Tasmania. This triggered Australia to establish draconian gun control laws. Guns as a whole in Australia were banned and they have not experienced any mass shootings since. Because Australia holds such strict laws, I was curious to see what they have been saying about America and our gun laws, or lack of.

“Umpqua Community College shooting: Why Australia has gun laws,” is the exact headline from Australian newspaper, The Herald Sun. This in itself speaks volumes as to how passionate Australia feels about their resilient gun laws. “Describing the US as the “only advanced country in the world that sees these mass shootings every few months,” Obama lauded our nation’s strict gun laws.”

Australia has become a role model for the United States.

“Australia is a safer country as a result of what was done in 1996. It will be the continuing responsibility of current and future federal and state governments to ensure the effectiveness of those anti-gun laws is never weakened. The U.S. is a country for which I have much affection. There are many American traits, which we Australians could well emulate to our great benefit. But when it comes to guns we have been right to take a radically different path,” said John Howard, prime minister of Australia from 96’ to 07’.

Australia is not taking this matter lightly. On October 4th, “an Australian gun control group called for an international boycott of non-essential travel to the United States, as well as other measures designed to aid President Obama’s attempts to promote stronger gun control laws in the wake of the recent mass shooting at Umpqua Community College in Oregon,” said Jesse Rappaport of occupydemocrats.com. “We have 2.1 million Australians visiting the U.S. every year and over 200,000 expats in America. So I believe we have a duty to respond to this tragedy in the U.S. And the way to do this is have a boycott of non-essential travel to the U.S,” said Samantha Lee, director of fun control in Australia, on Australia’s Today Show.

American juxtaposed to Australian reports of issues, such as the Oregon shooting and gun control as a whole, are quite parallel in the way the message is being released. Even though this event happened in America, it still affects people all over the world. “I believe America has reached an abyss, and we really do need to act as an international community to assist Obama to push these laws through Congress,” said Lee. Australia authentically does want to help the United States, and frankly I believe we should accept all the help we can receive.