"American Dad" Is Not Republican

Dear Conservatives, 'American Dad' Is Not On Your Side

I mean, have you even watched the show? 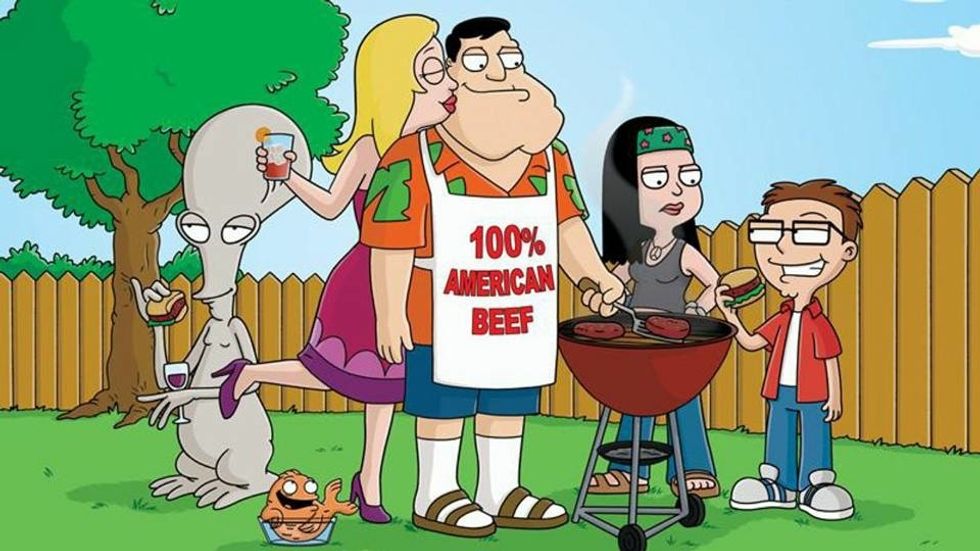 For those of you that don't know, "American Dad" is an animated series created by Seth MacFarlane. The show follows Stan Smith, a Republican CIA agent, and his family.

Stan Smith is probably one of MacFarlane's most interesting characters because he doesn't follow the typical animated TV father mold. He's a Christian, an outspoken Republican, and has different values than most of MacFarlane's iconic characters. Because of this, "American Dad" often gathers supporters that otherwise wouldn't watch a show like this, especially with MacFarlane's notable political beliefs. Nonetheless, conservatives find solace in the things Stan Smith says.

I often see conservative friends of mine on Facebook share screenshots of the show that helps display their thoughts on certain political matters. The most prominent of these being gun control. In the 2005 episode "Stannie Get Your Gun," Stan argues with his liberal daughter about guns and how they don't kill people. To demonstrate this, he puts his gun on the table and instructs it to kill. Obviously, it doesn't. "See? Guns don't kill people," he goes on to say. "People kill people. Guns defend people with smaller guns."

I see that scene A LOT on my Facebook timeline every time there's a mass shooting. To many conservatives, this scene clearly demonstrates their point that there should be less gun control because only bad guys with guns are the problem, and that responsible gun owners are totally fine. However, seeing this scene always makes me laugh because it's extremely clear that everyone that shares it has never seen the rest of the episode.

Hayley, his daughter, ends up accidentally shooting Stan, which leaves him in a wheelchair. Stan finally understands how dangerous guns really are and joins Hayley in her fight for gun control.

The trend of using Stan's quotes doesn't end there. I often see many of his quotes regarding religion and his faith used by people as well. However, if you aren't a fan of the show, you might've missed the 2016 episode "Daesong Heavy Industries," where Steve, Stan's son, completely rips apart a bunch of Bible stories which causes Stan to lose his faith, exposing his weak interest in Christianity. Of course, there are plenty of other episodes that demonstrate how fake his love for Jesus actually is.

"American Dad" is a really funny show, and I'm a genuine fan, so it's pretty hilarious when I see people use such a silly character to demonstrate their beliefs. So many of them don't realize that Stan Smith's character is used to mock Republicans and their views. Stan is not meant to be taken seriously, so when people do, they're just proving to Seth MacFarlane that their party is full of people whose personalities are comical enough to be put onto one of his shows.