America Will Be Just Fine After The Election

America Will Be Just Fine After The Election

One result won't bring us down. 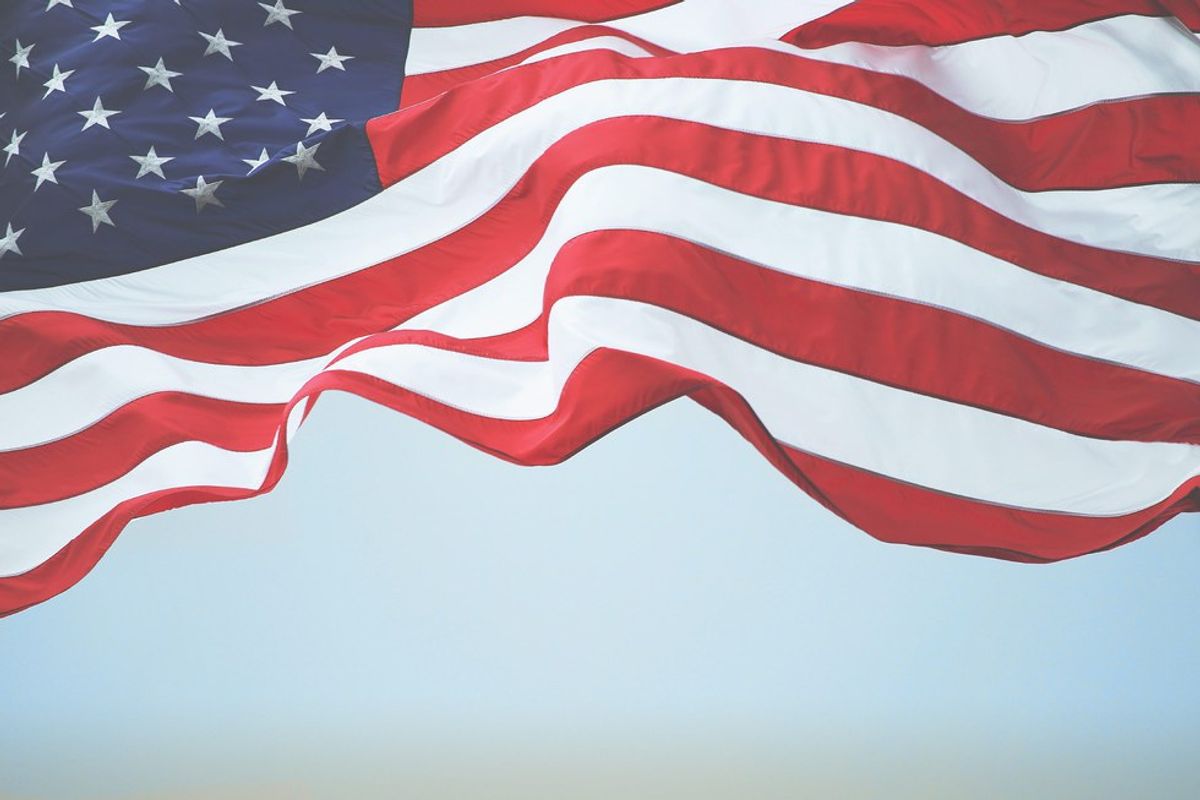 It's crazy to think that this week one of these presidential candidates will be our next president.

This election has been anything but normal. It's been surprising, disgusting at times, petty, and immature (largely due to the behaviors of the orange guy, if we're being honest here). It makes me sad for the kids that are watching it from a distance. It makes me sad for America, itself.

The other day, my grandmother made the comment to me that in the future my children will read about this election in a history book. She is so right. I feel like my peers and I got the "short end of the stick" since this is the first presidential election in which we are able to vote in. But, that age old phrase keeps popping in my mind regarding this election..."it is what it is." We can't change the presidential nomination choices now.

Yes, this election is messed up, out of the ordinary and even chaotic. However, one thing this election is NOT: detrimental. I've been hearing phrases swirling around such as "who knows the future of America after voting day?" and "the US will suffer greatly after this election."

True those phrases can be simultaneous with the high emotions of the current events of the election. But at the same time, c'mon! Have a little faith in America!

America has been in existence for 240 years and this nation isn't ending anytime soon.

One result won't bring us down.

As a nation, we've been through horrific wars, a Great Depression, grave loss of life in natural disasters, countless other dramatic elections, and major social injustices, to name a few. We've stood together through the difficult days and learned to collaborate with one another to get where we need to be. We are far from perfect and have more work to do, but we are always striving for a better America.

To say that the outcomes of this election will virtually wipe away all of the decades of citizens' hard work is devastating. It simply is not the case.

Instead of being a "Debby Downer" we need to change our mindset about the Election of 2016. The number one tip is to get out there and vote! This is rather common knowledge, but your voice will not be heard if you stay at home. It's our civic duty. Numerous individuals have fought and sacrificed everything in order for you to have the opportunity to cast your ballot. Once you vote, you'll be satisfied that you did.

Even if the election result doesn't play in your favor, try to look past it.

By going to the voting polls, making the important choice and receiving your sticker, you are a part of history. There is no doubt about it.

You must remember that you are fortunate to live in a democracy where the people can choose who they want their leaders to be. There are people that dream of living in this country and getting to do just that.

Instead of complaining about this election, who the candidates are or who our next president will be, think about how much of a blessing it is to belong to this nation.

Madison Franz
The Narrative
1116414
Photo by Brooke Cagle on Unsplash

Madison Franz
The Narrative
653800
Photo by Manny Moreno on Unsplash