5 Reasons America Is Great, if You Want It To Be
Odyssey
CurrentlySwoonLifestyleHealth & WellnessStudent LifeContent InspirationEntertainmentPolitics and ActivismSportsAdulting
About usAdvertiseTermsPrivacyDMCAContact us
® 2023 ODYSSEY
Welcome back
Sign in to comment to your favorite stories, participate in your community and interact with your friends
or
LOG IN WITH FACEBOOK
No account? Create one
Start writing a post
Politics and Activism

5 Reasons America Is Great, if You Want It To Be

The USA isn't as bad as you may think. 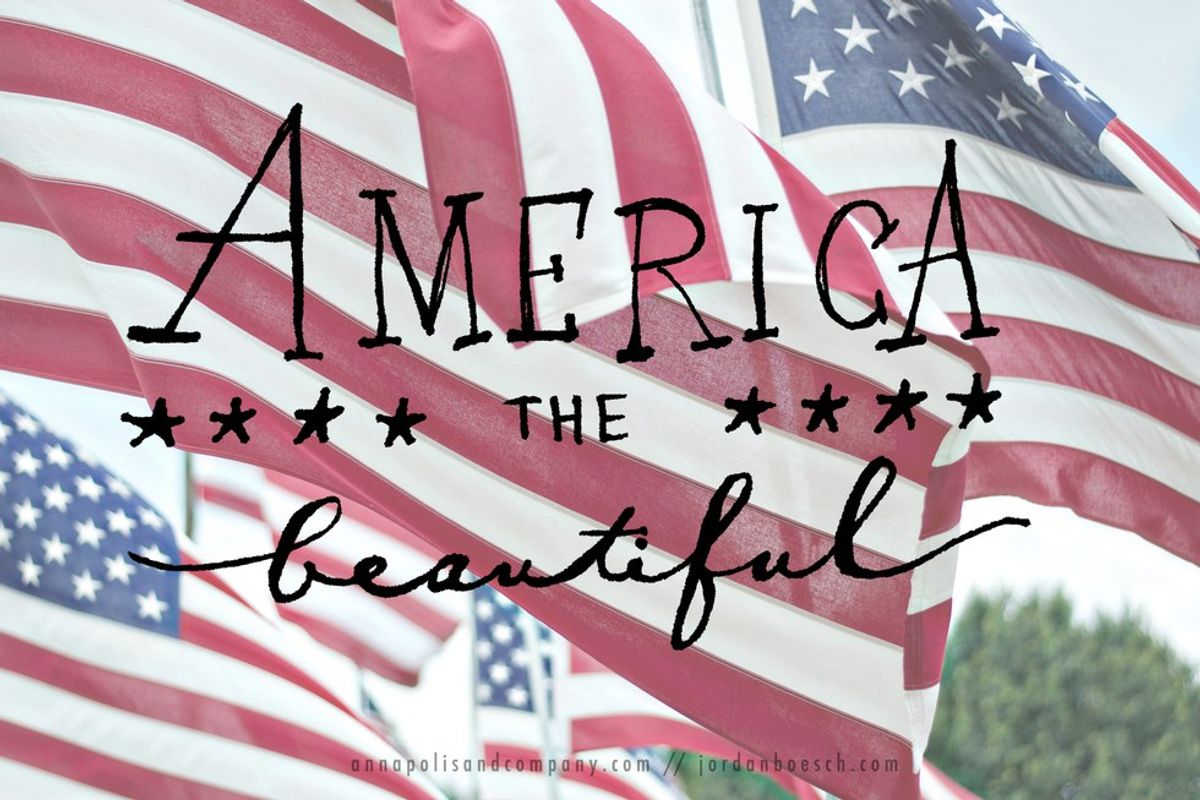 The media and some people of the United States have a lot to say about America's flaws, faults or issues. Despite that — believe it or not — I think there are a few aspects of this country that are too great to overlook. America is great if you wish to see it that way. Here's why:

1. The American Dream is Alive and Well.

The very thing that America was founded on, equal opportunity and the ability to start from nothing and gain everything, is still alive. Every day people are opening businesses, getting degrees, and working to be where they want to be in life. America is great for this; history continuously proves that people can come from nothing and still somehow reach the economic or social stability they dream of.

Another great thing we can thank the founders of America for is free speech. Under the constitution, we GET the right to say what we feel, whether it's for or against this great nation, whether it's for or against the president-elect, etc. In some areas of the world, you don't get this privilege. This is something that makes America great. No matter your political affiliation, or preferences in any other subject, you can voice them without persecution.

3. You Can Believe Any Religion You Please.

Catholic, Christian, Mormon, Islam, or whatever you wish to believe in is respected under the constitution. Diversity of belief and religion is one of the most beautiful entities that can be found in America. We can all live under that same government, but with different views.

Whether it's music, theater, new developments in technology, etc, America is constantly creating something new. We are the nation of thinkers, or innovators, and artists in whatever form. And the beauty of this? You don't find this same sense of creativity everywhere. It's unique.

5. There's Unity in Times of Trouble.

Look at 9/11, for example. You will never see a country so proud to stand together. When tragedy strikes, we strike back. We have the ability to come together despite different beliefs, races, and religions, and back the great nation we're all a part of. America is great because deep down, we're not republicans. We're not democrats. We're not black, white, etc. We're Americans.

So, my fellow citizens, lets act like it. Let's act like Americans. Lets take pride in what we do right and collaborate to be whatever it is America is meant to be. America is Great, if you want it to be.