To All The Brown Eyes In The World
Odyssey

To All The Brown Eyes In The World 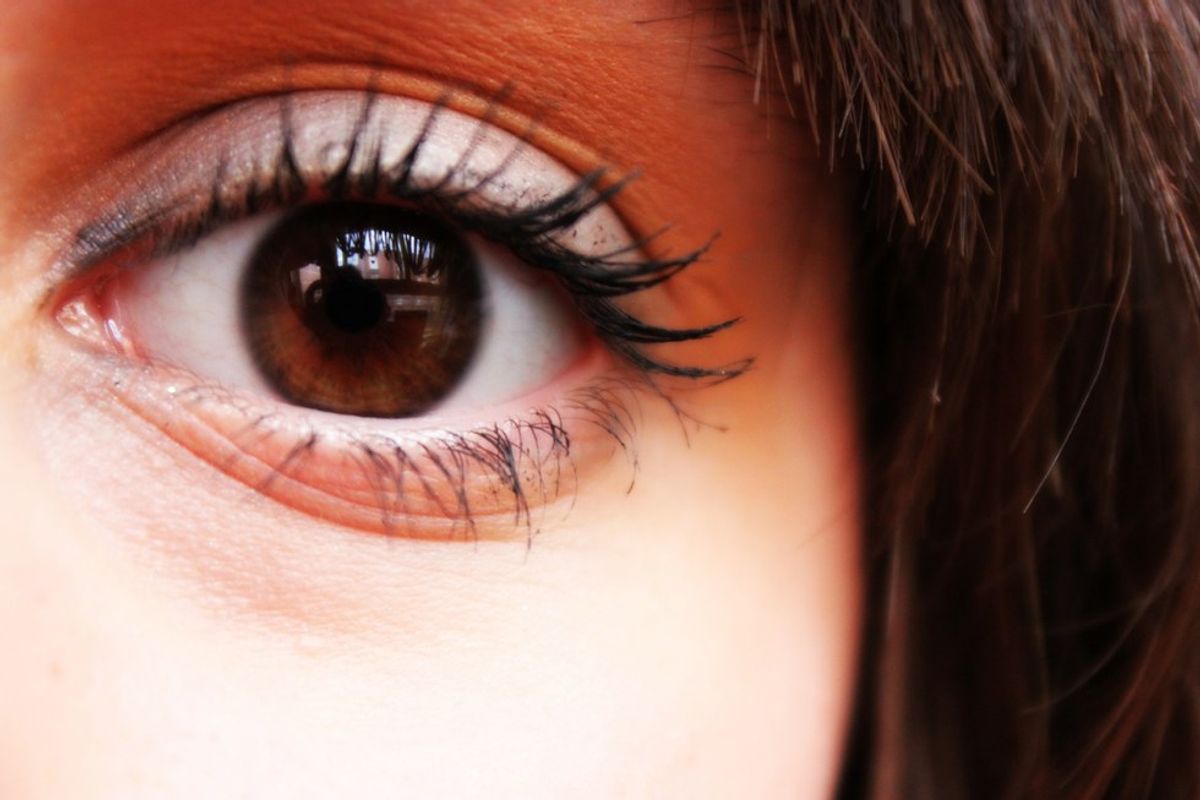 Let's start with this:

Being a woman with brown eyes, it's often rare that I read about beautiful women in books or see beautiful women in movies that share that trait. Music videos often depict scantily-clad women with blue eyes, and when male artists describe their dream girl in songs, they often resort to green or blue as an eye color. While there are two songs that I can think of that directly refer to girls with brown eyes (videos for them here and here), I'm starting to see a trend.

Statistically speaking, over 50 percent of the world has brown eyes. It's the dominant color trait in most humans, and they can sometimes even come off as black depending on how deep the color is. According to statistics, people with brown eyes are seen as self confident, driven, gentle, loyal, and trustworthy. In society, however, they are not depicted as beautiful.

In my life, I have gotten maybe 3 compliments on my brown eyes. That's over the course of almost 19 years of life, and 3 compliments. My friends with brown eyes will often say that nobody notices them because they think they're plain or straight up boring, and a majority of people I've met with brown eyes say that they wish they could change their eye color permanently.

While I'm not trying to say that brown eyes are better than other eye colors- if I'm being honest, I'm definitely one of the people to compliment blue or green eyes- I am trying to say this:

Stop depicting people with brown eyes as plain or boring.

People with brown eyes, whether they be male or female, are worthy of feeling just as beautiful as people with other eye colors. While their eyes may not "pop" or be extremely noticeable, their eyes are something that they should take pride in. Nobody should ever have to wish a certain part of their body was different due to what society is telling them.

To all my other brothers and sisters with different colored eyes: Be in the instigator. Love your eyes, but also love the eyes of your brown eyed friends. Tell them that their eyes are beautiful, because they deserve to hear that just as much as you do.