Who Is Alexandria Oscasio-Cortez

Alexandria Ocasio-Cortez Is The Future Of The Democratic Party

The wave of Democratic-Socialism is making it's way through. 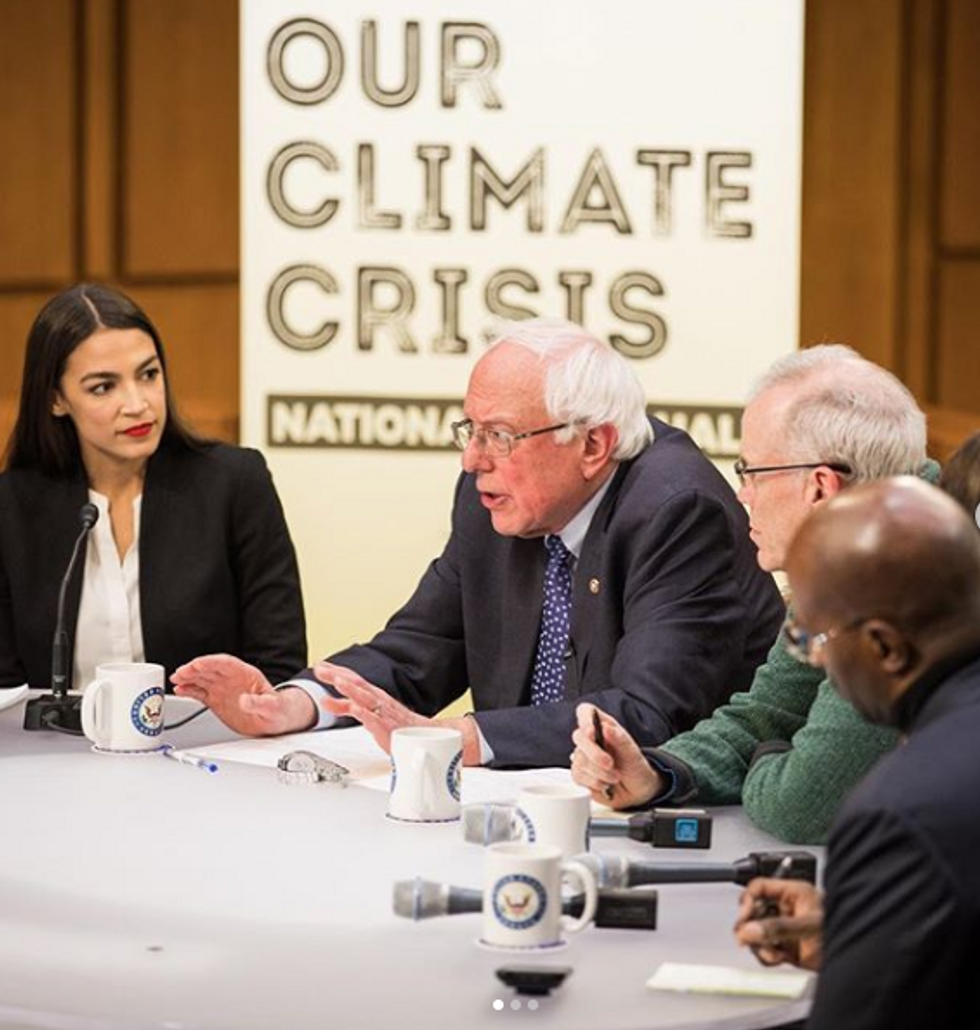 Harry Belafonte once asserted that we had come to the point where we (black people) needed to really take a look at the Democratic Party and decipher if there was anything within it worth salvaging. For many, the answer was, and still is "no."

The real questions are, exactly what parts of the Democratic party work solely and specifically for black people? And which party members believe there should be and are actively working towards it?

Statesmen after statemen pander to communities of color, particularly the black community, as, in every election, candidates vie over the coveted "black vote." I can see it now, George, Bill, Ted, and Sarah each sitting down with their campaign managers going back and forth on strategies to get "the blacks on our side." And of course, that involves preying on the needs of that community, and exploiting them for votes by make promises they have no intention of keeping. At the end of the day, capitalist societies only work when there are people at the very bottom, right?

For many black people in this country, that means doing away with the capitalist agenda altogether. For years, decades even, black people in America have promoted self-sufficiency --- wealth through black-owned business, black entrepreneurship and black banking. You may have even heard of " Black Wallstreet," in the Greenwood area of Tulsa, Oklahoma. It was a mecca of black business and a booming black economy until it was burned to the ground by racist white people...

If you ask New York-14 congresswoman-elect, Alexandria Ocasio-Cortez what it means to be a democratic socialist, her answer is simple. It doesn't take four minutes to explain it, and she doesn't veer off topic in the usual obscure, round-about way that leaves you trying to remember what the original question was.

Her answer: In a modern, moral and wealthy United States of America, no one should be too poor to live.

She and other progressive Democrats are the future of the party. Anything to the center of the far left is too conservative, and frankly not worth my time, or the time of any millennial.

And if you think this doe-eyed idea of socialism is a "millennial thing," it is. This generation doesn't have the same relationship with socialism as the baby boomer generation. We were all born into financial turmoil and have never lived in a time of financial prosperity. 9/11 happened in elementary school, the housing market crashed in high school, and in college, we were introduced to the first orange president.

While the baby boomers think of Cuba and Venezuela. Millennials are in a looking glass, and on the other side, we see Denmark, Finland, The Netherlands, single-payer health care, gun laws, free or affordable secondary education, and all of that within a free market and through the democratic process...without giving the government full control, but allowing its people to control and share resources.

I'm sure you too hear often about the "shrinking middle class" or even that there is no longer such a thing as "middle class," and this is true. The top 1% now have as much wealth as the bottom entire 90% combined.

For most people, living on their own is not an option as rent in many states is the equivalent to a mortgage payment. Minimum wage is just over $7/hr, and most companies with billion dollar CEO's refuse to pay their employees much more than that. Healthcare still isn't affordable and sick people are forced to use sites like "Go Fund Me" to help pay for their medical expenses. What's even more depressing is that a lot of people actually die due to the fact they aren't able to raise these funds.

A few months ago, the narrative argued that Ocasio-Cortez was "too radical." She didn't lick rich white booty for funds and didn't pander to communities of color pretending she too carries hot sauce in her bag. And while I think, she's got the right idea, I don't think she's "radical" enough. She doesn't exactly have the race-based agenda black people need, but it is a step in the right direction.

In November she unseated her Democratic incumbent opponent, Joe Crowley and the reporters at Fox News were shook.

She argues crazy things like healthcare as a human right, every child having access to a college education, zero homelessness, and a paid living wage in order for everyone to lead a dignified life. A group of people working together for the betterment of the group as opposed to individuals working for the betterment of themselves without regard for anyone else.

"My campaign is challenging Joseph Crowley, one of the most Corporate-funded members of Congress, on an entirely progressive and grassroots campaign," Ocasio-Cortez said during an "Ask Me Anything" Reddit session at the start of her campaign.

And that's just it, the future of the Democratic party. Progress. Working Class. Socialist.