Lately there has been a lot of controversy about abortion and birth control laws. Here's why they're the wrong move. 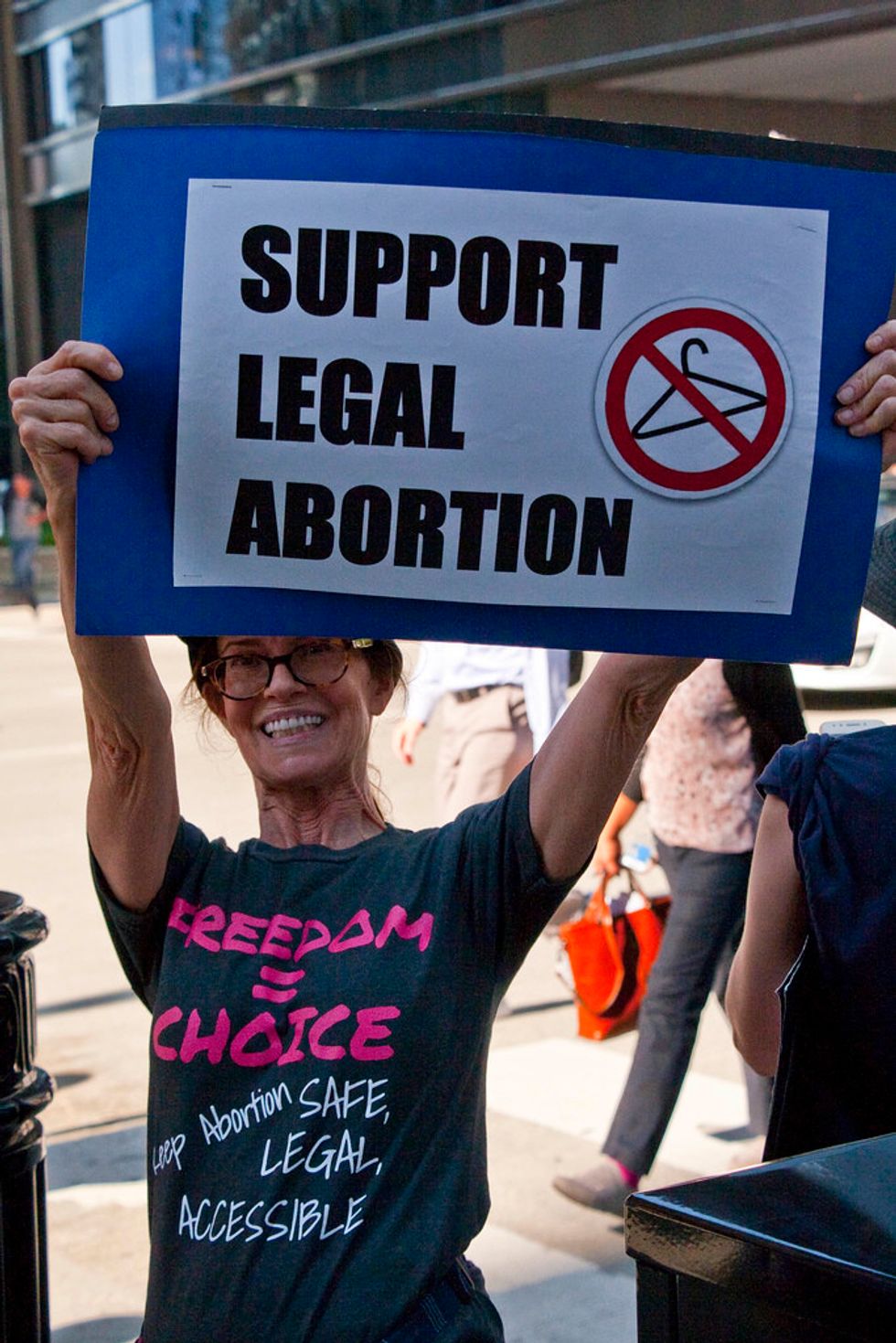 NO ONE HAS THE RIGHT TO CONTROL ANOTHER PERSON'S BODY.

No MAN can tell us, women, how to live.

Recent laws have been presented saying that abortion after six weeks is illegal--right around when doctors would be able to detect a heartbeat.

An article with all the details and all the facts will be presented at a separate time or the information can be googled. This is to let everyone know EXACTLY why this bill is not necessary.

First, one of the largest parts of this bill that irritates me is the rule over women's bodies when it was written by old white men sitting in an office staring at each other. If you don't have to deal with this problem, you don't get to decide the outcome.

The entire bill is telling women what to do with their bodies, telling us what is right and wrong. If a person has to give consent for their organs to be dissected AFTER their death, what right do they have to tell us what to do with it while we're living?

Here's a story my friend sent to me that I think everyone needs to read.

"You're the parent of an 11-year-old girl, she gets her period for the first time. No big deal! She decides she wants to go to a summer camp, where she is raped by a 45-year-old maintenance man for the grounds. You never find out.

The following month she doesn't get her period, being only her 3rd-5th one since she started, you don't think much of it and your wife reassures you her cycle doesn't begin an exact month to month track until she's been menstruating for a full year. Two weeks later your wife gets concerned and brings her to the doctors. They tell you your 11-year-old daughter is 6 weeks and 1 day pregnant.

Who did this? Your daughter tells you about the rape, she's still confused about what happened. In elementary school, they haven't taught sex education and she never knew what was really going on. Just knew that it hurt.

Sure, you can obtain an abortion, she can't have a baby at 11-years-old! And she can't have a baby from her 45-year-old rapist. The doctor then informs you that due to the laws in your state, unless you've filed a police report about the rape before this appointment finding out she is pregnant, that legally the 6-week mark indicates no doctor can perform her abortion.

You didn't know she was raped. She didn't know what was happening. We'll leave the state.

The doctor informs you that you can't do that either. Due to this new law, any woman who leaves the state and receives an abortion is facing 10 years in prison. Anyone who facilitates this person in leaving state can be charged with conspiracy to murder. And if she gets an abortion illegally, at home or given medication to help assist the abortion process, she can face the death penalty."

Now your daughter is not only damaged emotionally and psychologically but she is forced to go through a pregnancy that her body can barely handle.

All because there was a belief that life is precious and a gift from God and no one thought that the separation of church and state happened for a reason.