AJR's "The Click" As A Soundtrack For The Recent College Graduate

"Who are we to wonder where we're going?" 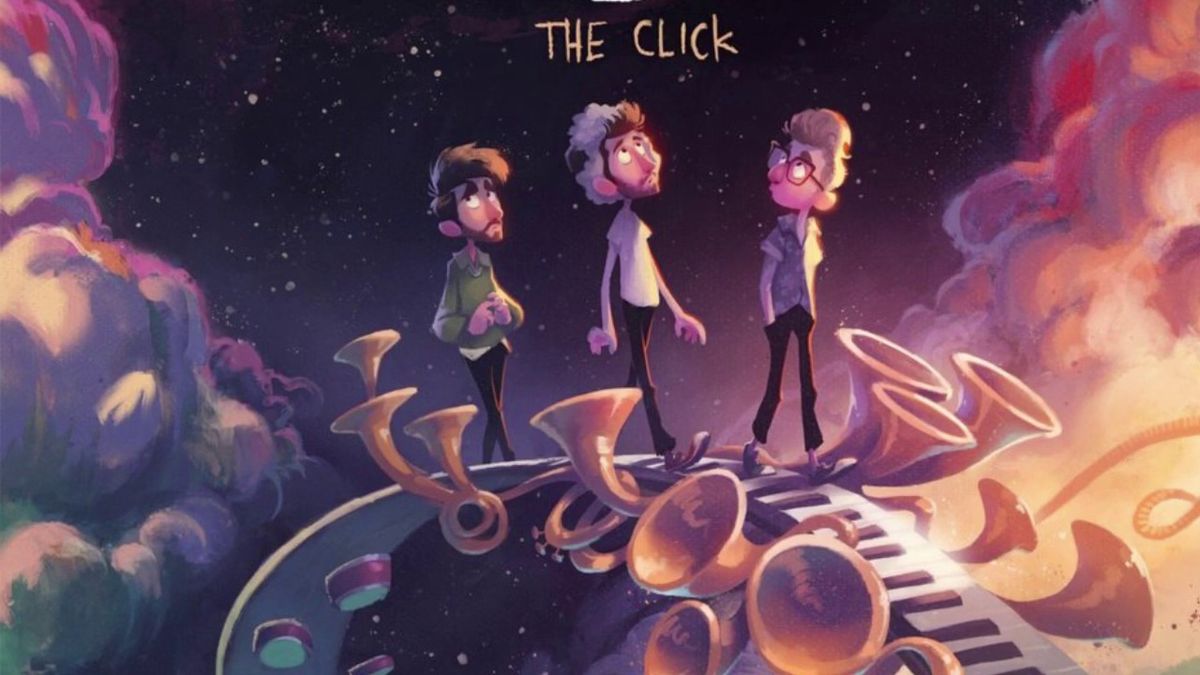 This opening line of AJR's song "Sober Up" echoes in my head as I spend my summer applying for jobs while subbing at summer camp and watching orientation groups pass through campus. They're where they're supposed to be, why shouldn't I be?

If you're not familiar with AJR, something would probably click if I say they're the ones that sing "I'm Ready."

Recently, they've released a new album, called "The Click" and if you look at the tracklist, you'd probably be quite confused, everything seems pretty random. And a lot of the themes do seem random, but I'm finding as a recent college graduate, this album resonates well with not knowing where ones path should lead next.

These were the biggest lyrics that hit me this summer. Also, the song in general basically outlines the band's life in parallel with the US version of the show The Office. We're constantly thinking of where we're going or who we're supposed to be. But what happens if we just let go? Because who are we to constantly be wondering where we're going? If we do that, then we miss what's around us currently. Believe me, in a time where I'm solely focusing on where I'm supposed to go next, I have or have nearly missed out on what's currently around me because I don't know where I'm going. And we as individuals are constantly changing. So what we may say is "us" now will probably change later on.

My philosophy the last semester of college was "I may never see these people again. So let's do this now." We all only have one life and a majority of it we will be working. That's why they say to do what you love and love what you do (or vice versa). But if we solely focus on doing that, we lose people along the way either voluntarily or obliviously. So don't let work consume you and erase who you are and what you love.

Am I ready for love? Or maybe just a best friend. Should there be a difference. Do you have instructions? Maybe I'm stuck on what I see on TV. I grew up on Disney. But this don't feel like Disney.

Disney is ingrained in our minds as the relationship goals. And we're just kind of thrown into dating or base everything off what's going on in society. As I told a friend once, dating today makes me tired and upset because half of everyone is getting engaged or married while the other half just wants hookups or things that won't be meaningful in the long run.

Aside from this, the song talks about "turning out." There's a post on Facebook that I've seen and shared that says "Remember when we were young and thought 20 somethings were adults and had their lives together?" We don't, we're still trying to figure stuff out and we hope that while we're in this incredibly awkward point in life that those we need the most will stick around. And this is definitely when I have felt the most doubt, especially in trying to get a job. This is when I have felt the most doubt in my ability and skills, though I have proven myself time after time.

And now after it all, I just really wanna call my dad, my dad. I feel so broke up, I wanna go home.

Sometimes we find the greatest comfort in our parents. And I know as a recent college grad, on my own, I would be so much more lost without my parents. I've called them so many times just this summer in regards to relationships, computer problems and solutions, financial aid exit counseling, and the works.

I found this song after someone told me they stopped drinking. (Ironically.) But there are so many more things that make us numb than just alcohol. Failed relationships, drama (which is also a song on this album), and failed projects, college in general. Growing up is difficult and we go in thinking that something will numb the pain of the experience and will help and it doesn't. It just makes it even more... hazy, confusing. And in the end, we want to feel something again. Sometimes to get there, we need someone to help us feel something again.

This song deserves its own article, honestly, this is the epitome of being the lost college graduate.

Have I done my best here or will I be here next year or are these my best years yet?

If there's a good part they I hope it's not far 'cause I thought it'd be today. I napped on campus and I smoked at dances but it didn't feel so great.

If you put this scene on a movie screen is it called a happy end? If the word gets me where I'm supposed to be will I know I've made it then? It's so hard. So can we skip to the good part?

These things time time, Mom and Dad, they have a good life. But what am I gonna do with mine?

For one, we're always questioning when the best years are. Some say high school *sputtering scoff,* some say college, some say your 20s. It's obviously not the same for everyone. And I've seen countless tweets like "can I just skip to when I'm happily married with my 20 dogs on a beach" or whatever. And I've wanted to "skip to the good part" as well, numerous times. Skip the anguish and feelings and everything and go to being content and stable and happy. But that's part of the human experience. We've all thought "today's gonna be the day" and it's not sometimes. There's been so many times I've compared my life to my parents' mainly in the area of the college experience. I was a legacy student. My parents met when they were at school and that's all I ever wanted growing up and it didn't happen for me in my undergrad. We analyze our parents' achievements (or failures) and don't want to disappoint or don't want to let them down or don't want to follow in their path. When we're home we're asked "what are you doing with your life," and that question is quite difficult to answer, so when we can't answer it we feel like we've failed.

As a recent college grad, I'm immensely fond of this album in its entirety, as quirky as it is, because it's speaking to the struggles I'm facing right now. It's comforting knowing I'm not in this alone, that others have felt this too and have found a way to make it accessible to others.

So, thank you AJR.