​The Aftermath Of The Flint Michigan Water Crisis
Odyssey

​The Aftermath Of The Flint Michigan Water Crisis

Three years into the water crisis, and people are starting to forget. 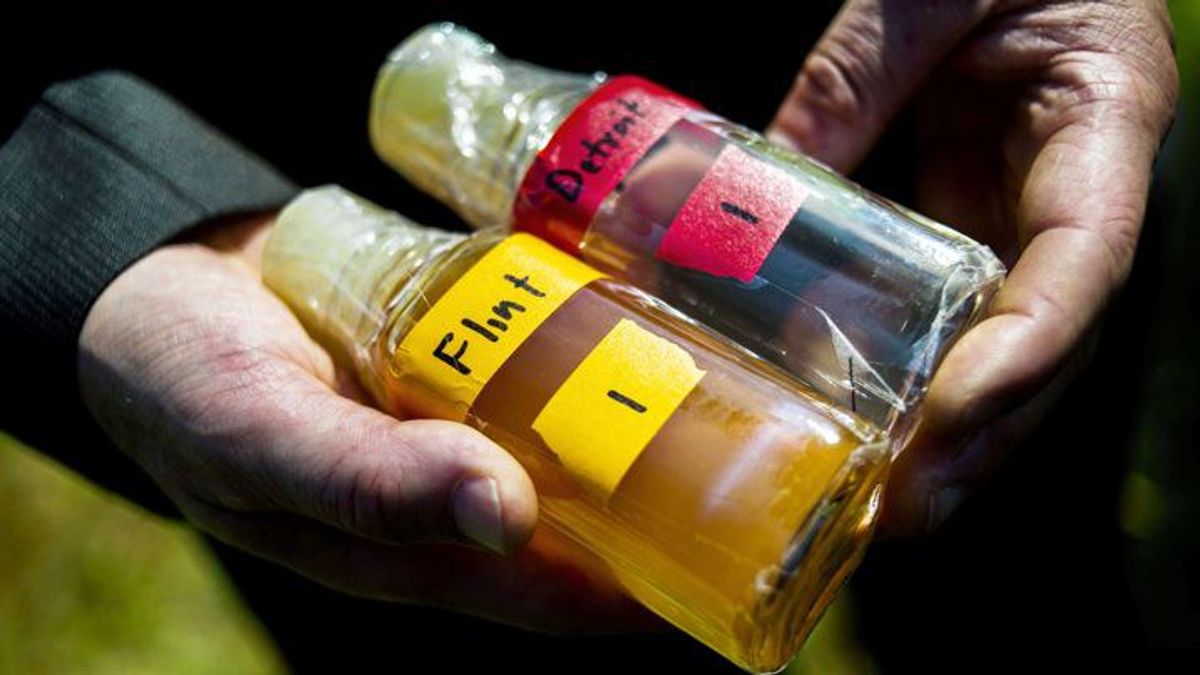 There was a short period of time in the media when the Flint, Michigan water crisis was relevant and at the forefront of the newsfeeds and dashboards.


But people are forgetting that this is still a really big problem.

Flint, Michigan is about 70 miles from the Great Lakes, the largest group of fresh water in the world… So why are its residents having an issue with acquiring clean water?

In an attempt to save money, the state decided to switch Flint’s water supply from Lake Huron, to the Flint River about two years ago. The Flint River is a stream notorious to the locals for its filthiness, full of farm excess, manure and decades of industrial waste.

Flint residents, nearly 100,000 and predominantly African-American, thought that the state was not going to go through with this decision simply considering all the hazardous consequences.

During a financial state of emergency the switch was made. This was supposed to be “temporary,” and was projected to take about two years, because a new state-run supply line was ready for connection to Lake Huron.

So, what is in the water?

According to Virginia Tech researchers, the Flint River is 19 times more corrosive than the Lake Huron supply.

The state Department of Environmental Quality was not treating the Flint River water with an anti-corrosive agent, which is a violation of federal law. Thus the water was eroding the iron water mains, and turned brown.

All of this, because incompetent state officials refused to pay for the chemical used to make the water less acidic, and safer for the residents.

To make matters so much worse, about half the service lines to homes in Flint are made of lead, and it began to leach into the water supply in addition to the iron.

Residents were utilizing this toxic water for nearly two years, and city and state officials were telling them that everything was fine.

Until a group of researchers from Virginia Tech came up in January 2015, did some testing, and publicized their findings of the high levels of lead in the drinking water.

Despite their results, state officials maintained that their findings were more accurate.

Pediatrician Dr. Mona Hanna-Attisha, who works at Flint’s Hurley Medical Center found that blood lead levels in toddlers were doubled, and even tripled. Despite Hanna-Attisha and her team’s data and evidence of this, state officials dismissed her findings multiple times, before admitting she was right.

Both the state and federal government have now declared a state of emergency for the city. President Obama called the actions of state authorities to this crisis “inexplicable and inexcusable.”

Michigan’s governor has apologized, telling Flint that he was sorry and planned to “fix it.”

However, the damage is already done.

There are some serious long-term health consequences. According to the World Health Organization, lead poisoning is not only irreversible, but it is known to have psychological and physical damages. More specifically, it is known to impair cognitive function, shorten attention spans and spur antisocial behavior.

Even after the city switched back to using Detroit’s Lake Huron supply, the lead pipes have already been damaged beyond hopes of immediate repair.

But these levels are still too high. They remain above the federal action level of 15 billion parts per billion in many homes.

State health officials have determined that every child under six in Flint should be considered lead exposed – that’s close to 9,000 children.

Environmental actions, i.e. proper nutrition and early childhood education, can help lower the exposure. However, in a city already faced with inadequate resources and a nonexistent grocery store, this will prove to be very difficult.

"If you were to put something in a population to keep them down for generation and generations to come, it would be lead," Hanna-Attisha said. "It's a well-known, potent neurotoxin. There's tons of evidence on what lead does to a child, and it is one of the most damning things that you can do to a population. It drops your IQ, it affects your behavior, it's been linked to criminality, it has multi-generational impacts. There is no safe level of lead in a child."

The state has been handing out filters and bottle water, and the White House, after declaring this a federal state of emergency, will be providing “water, water filters, water filter cartridges, water test kits, and other necessary related items."

Flint has a majority population of African-Americans, majority impoverished, and is still being faced with devastatingly high water bills from the Detroit water supply company. They are charged $50 a month just to use the service, along with the cost of their water bill that averages to $140 a month or higher. And their services get shut off if they do not pay.

"You know, I never thought this was something that we would be begging for, crying for ... clean, affordable water," said Flint Mayor Karen Weaver.

There are ways you can help.

The United Way of Genesee County has set up a dedicated Flint Water Fund that has already sourced more than 10,000 filter systems to Flint residents. 100 percent of the money donated to this organization goes to buying filters and bottled water for Flint residents, and also includes other emergency support services and prevention initiatives.

Another way to show support is by donating to the Flint Child Health and Development Fund which will aid medical and community based services for Flint families through The Community Foundation of Greater Flint.

It is also important to show support to the Virginia Tech research team, who has played a major role in keeping the public informed about what’s going on in Flint. This independent research team, The Flint Water Study, collects lead kits from Flint residents and calls to inform residents of lead levels in their water.

Donate to their GoFundMe campaign.

If you'd rather not give money, here’s another alternative.

There is a petition on Change.org that is demanding Governor Snyder to stop charging Flint residents to pay for contaminated water. It also demands that Flint residents are refunded for past months of poisoned water, as well as for money spent on filters and bottled water amid the water crisis. There are about 115,053 supporters who have signed this petition and 34,946 needed to reach 150,000.

Support in the best way that you can, and keep putting pressure on state officials to fix a problem that they caused in the first place. Flint residents deserve better, let’s help them get there.