I Adopted My Dog And It's True What They Say, A Dog Is Really Man's Best Friend

I Adopted My Dog And It's True What They Say, A Dog Is Really Man's Best Friend

I don't know what I'd do without Oscar. 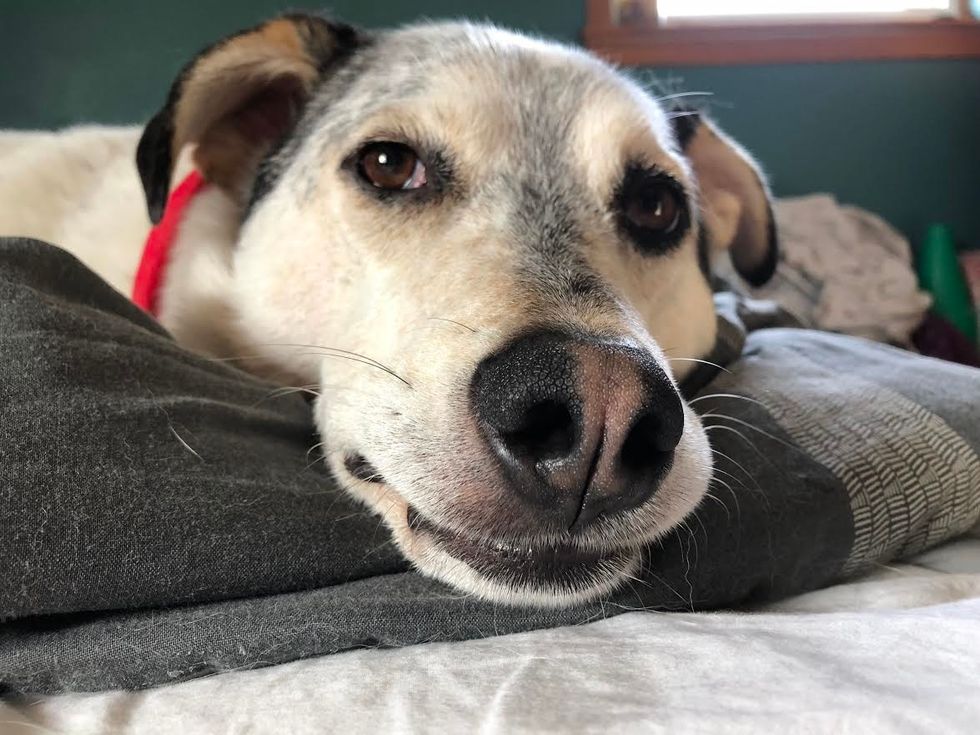 One of the hardest things I've gone through in life was dealing with the death of my dog. Bowzer was a unique dog, with crystal jade-colored eyes and markings on his fur that you never see. He was full of energy all the time and someone had to keep their eyes on him 24/7, but he was the baby of our family and we loved him dearly. That's why it was so hard to lose him so abruptly. I remember it clear as day, but I won't put you in the position of picturing that. I cried for weeks. It took me a long time to go through the grieving process because I had only lost one other dog before, but I was too young to remember it being so sad for me.

A few months of having no pet in my family's household was too much to handle because there was never a time where we never had a dog or cat. The atmosphere of our house was out of line without a dog running around, getting into things that weren't theirs to get into. It was the beginning of the summer as we were adjusting to this change, and about the same time that my cousins from New Mexico were coming to visit us in Michigan.

They had planned to drive, rather than flying up like they usually did. We had been informed that there were eight puppies found (alive!) in a garbage bag in the outskirts of Albuquerque, New Mexico, and they had adopted one of those puppies in our name to complete the hole in my family's hearts. He's our little celebrity dog now, having been on KRQE, Albuquerque, New Mexico's TV news station.

It took two days for my cousin and her family to drive up, along with their own dog, a pug named Lou. As they neared our house, I remember feeling nervous. Would the dog hate me and continuously attempt to run away? Seeing him for the first time was bittersweet. I didn't want to replace Bowzer, but we really needed a dog in our family to keep our spirits up. It's true what they say, that a dog is man's best friend, so we were so excited to finally have that again in our lives.

He was a sweet, small little puppy covered in white fur. The only marking on his back that he still has today is the black spot in the shape of sunglasses on the top of his head. He had black eyelashes on one eye, and white eyelashes on the other, and one eye had a black spot around it. We always joke that the makeup artist messed up. He was and still is, very quiet and calm. Like any dog, he loves being massaged and pet.

We wanted to choose a special name for him that was ironic to us finding him. We decided to go with Oscar, as in Oscar the Grouch from Sesame Street (since he was found in a trash bag). It's truly a miracle how it all came together. We had enough time to grieve our former dog, and Oscar and his siblings were found at the same time our cousins were preparing to visit. Of the 6 million dogs and cats that are abandoned or sheltered each year, we were fortunate enough to have one join our family.

We quickly learned a lot about our new dog, and a lot of his misbehavior traced back to his beginnings. We immediately noticed a food/eating problem, where he would scarf down his food so fast that he would almost choke on it. He was also extremely anxious when left alone, even for just a few minutes. He always has to be by someone's side (which isn't so bad). These traits root back to the horrors of starving and being trapped in a confined space with seven other puppies for who knows how long. We have worked patiently with him to get over this, and he is a lot better now.

About five years after adopting Oscar, we got into contact with the mother of the boy who found the puppies. They had ended up keeping one, and we discovered that both of our dogs had the same behavior. Both had eating and anxiety issues, but both were just as loving and gentle as the other.

Dealing with the death of pets is never easy, and it's one of the saddest things about being a pet owner. It was especially hard for my family and me, but what made us feel better was that we adopted another puppy that was in dire need of love and a home. There are too many dogs and cats in this world left abandoned, abused and/or neglected. One of the best things you can do is adopt from or donate to a pet shelter, or even foster a pet in need. To find out more information, go to the Humane Society.