Admit It, Saudi Arabia, Islam Never Banned Women From Driving, Only You Did
Odyssey

Admit It, Saudi Arabia, Islam Never Banned Women From Driving, Only You Did

It's not surprising to understand why so many Western nations feed their misguided view of Islam, considering that Saudi Arabia specifically went out of its way to net women in a driving ban. 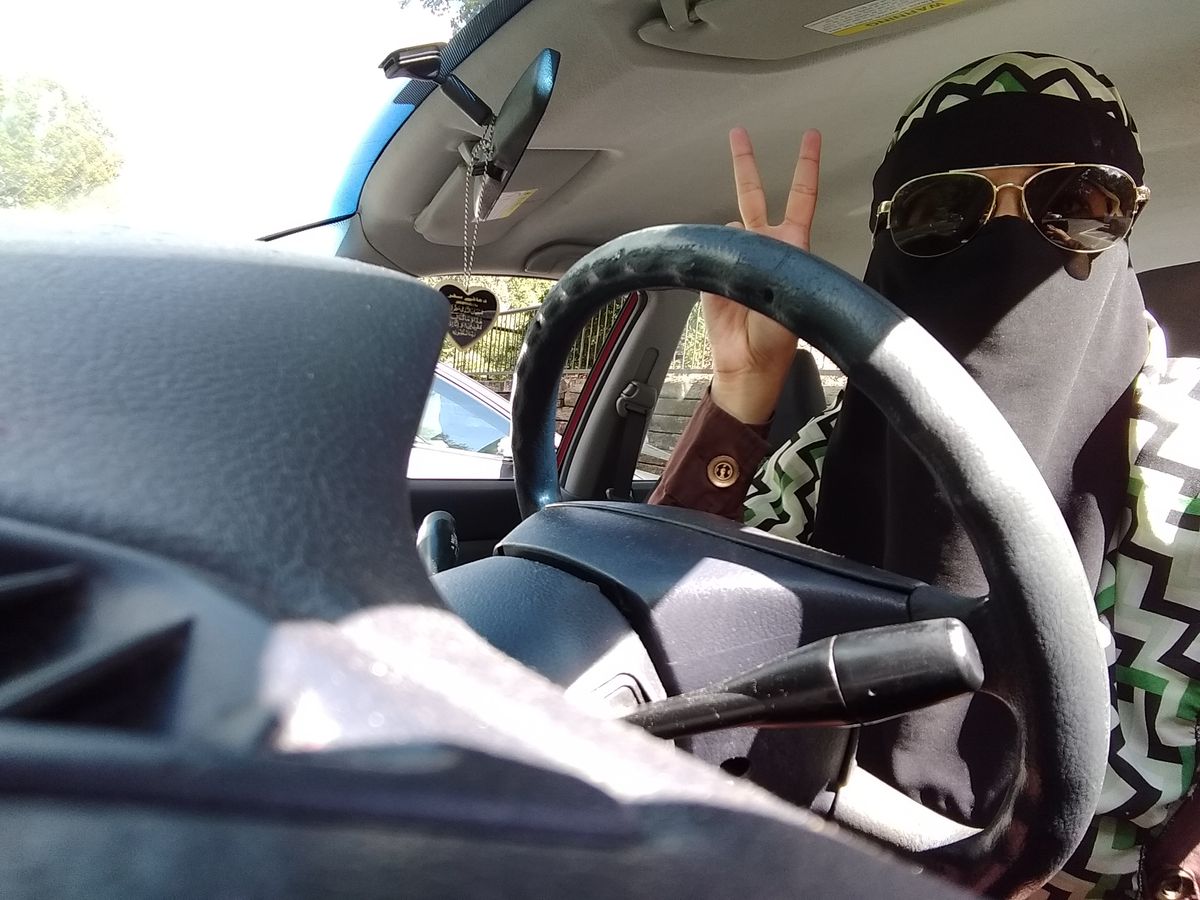 For women in Saudi Arabia, Sept. 26 will always be a special, historical date, because, after decades of daring protest, the driving ban on Saudi women has finally been uplifted. As Muslims say, Allahu Akbar (praise the Lord). It's about time.

It's not surprising to understand why so many Western nations feed their misguided view of Islam as a repressive religion, considering that Saudi Arabia, home of the two holiest Islamic cities, specifically went out of its way to net women in a driving ban supported by clerics like this one who claims women have "a quarter the brainpower of men."

But now, with the help of Donald Trump's rise to president (despite nursing a victim complex and potty mouth), Americans are now in a better position to understand that not all leaders are wise or forthcoming.

It is not Islam that forbids women from driving, rather, it is the domineering portion of the Saudi king's clergy who base their fatwas off specific Quranic verses, including the one below.

“And stay in your houses, and do not display yourselves like that of the times of ignorance…” (Surah al-Ahzab, 33)

This verse has been used to justify revoking the right to drive from women because it "exposes them to evil," according to one grand Saudi Mufti scholar. But in that case, so does the internet. And what about TV? Or phone calls? A book? Where do you draw the line of what "exposes" women to "evil?" Women are grown adults who have the sensibility to choose what to look up online, who to talk to on the phone and where to drive without transgressing Islamic boundaries.

I should know. I am one of these women.

And as one of these sensible women, I can spot a contradiction from a mile away. Saudi Arabia claims it enforced the driving ban to "protect" women and preserve their modesty, yet this driving ban essentially forced women to be driven around by strangers — ghair mahrams, men who have zero blood relation to the women whatsoever. And this is haram (impermissible) in Islam. In fact, islamically, women are only required to have accompanying mahrams if the woman or women in question are traveling over 48 miles, a well-established fatwa supported by the Quran, Hadith and a majority of the entire Muslim ummah. This fact has conveniently slipped the mind of the Saudi king and clergy since 1990 when the ban was first issued, yet members of the Saudi clergy claim they don't want to "expose women to evil?" What irony.

I am no scholar. Though I can read the Quran, I cannot translate its verses, which is why I will let the fatwas of Mufti Ebrahim Desai, head of the Darul Iftaa Mahmudiyyah in South Africa, and leading global Islamic scholar Dr. Mufti Ismail Menk speak for themselves in clear contradiction to the haram basis on which the Saudi's driving ban functioned.

As a covered Muslim American woman who drives, I celebrate the lifting of the ban alongside my Muslim sisters in Saudi Arabia. They deserve to enjoy the full freedom of this right within Islamic bounds, and may this fatwa reversal be a lesson to the Saudi clergy that disregards certain verses of the Quran and Hadith in favor of progressing their own culturally imbued and politically motivated agenda.

Emma Hyatt
2045
The Truth About My Parents' Divorce