You Don’t Have ADHD, You’re Just A Millennial

You Don’t Have ADHD, You’re Just A Millennial

It doesn’t mean you have a mental illness. It means you are a student with a smartphone. 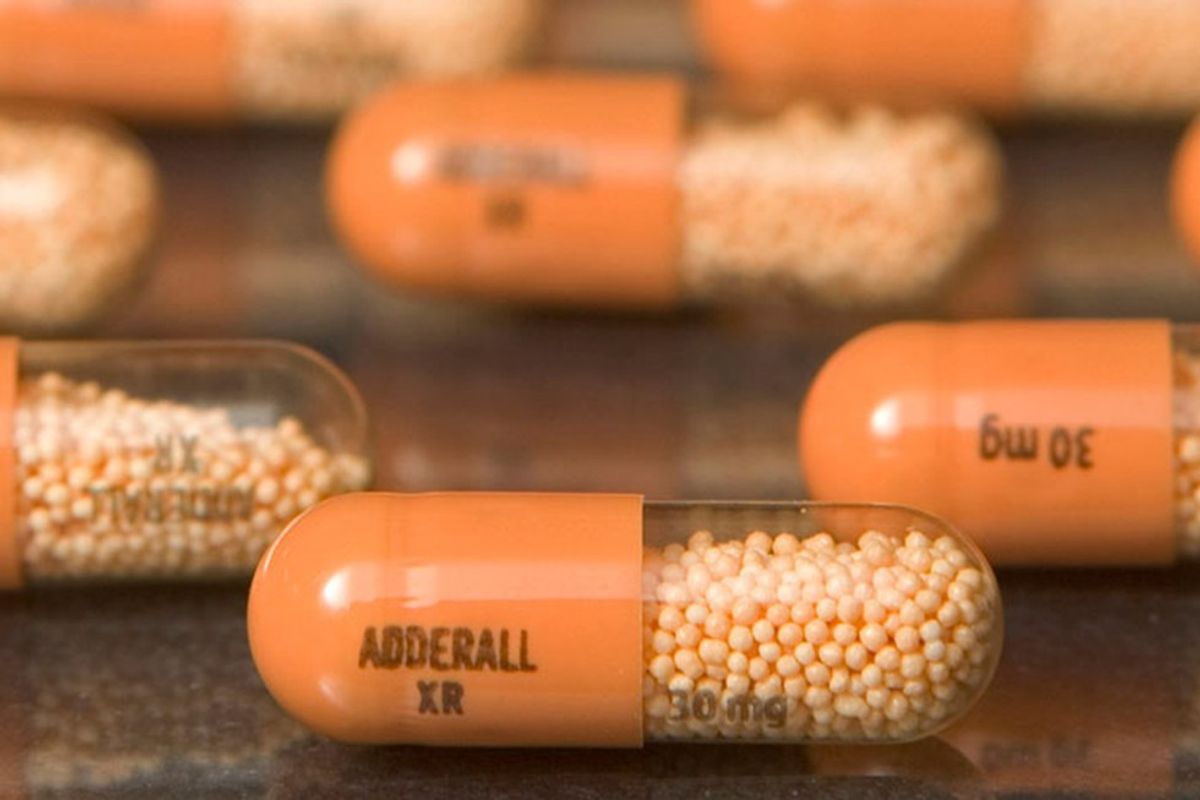 It’s 1 a.m. on finals week and you’ve been in the library for hours. It feels like you can’t get past the same damn paragraph about the importance of institutions in today’s modern economy—oh a text, hold on gotta reply. Right, what were you thinking? Oh yeah, this is pointless to study because you aren’t actually going to be able to learn any—hold one sec, gotta reply to this Snapchat. The filters are just too funny today. Wait, what were you saying? Oh yeah, this is pointless. You just don’t have the right brain chemistry to focus: you have a disability. If you had medication, this would be so much easier. You totally should’ve asked your friend for some of their Vyvanse, or Ritalin, or whatever they take now. College is just too hard to go through without help and—oh, a new season of "Narcos" just came out on Netflix! That’s it, you’re calling a quits (and your psychiatrist).

Not being able to completely zone into your boring ass textbook isn’t because of an imbalance of brain chemistry. Face it, it’s because of your good friends iMessage, Snapchat, Facebook, Netflix, Instagram, Twitter, GroupMe, Tinder, Gmail, and...do you want me to keep going or do you get the point yet? Have you even been able to focus long enough to get through that whole list? Probably because this isn't a boring textbook (hopefully). All of your social media notifications are going to be inherently more entertaining than your physics textbook, that’s just a fact. It doesn’t mean you have a mental illness. It doesn’t mean your abnormal. It means you are a student with a smartphone.

Now, unless you’re a superhuman who has the ability to block out all stimuli and zone completely into a task, you’ve probably found yourself in the, “distracted at the library,” situation before. And, honestly, if you WERE able to block out every single stimulus, you’d probably be brain dead. But without a doubt, having your phone by your side 24/7, constantly getting notifications from various media platforms and being connected to the internet literally everywhere you go can be, at the very least, slightly distracting. That factor may, just MAY, have something to do with the seemingly shrinking attention spans of this generation.

And yes, before you crucify me for saying ADHD and ADD, categorized mental diseases, are a myth, just know that I am aware that they are very real disorders that are debilitating and impede learning. But they shouldn't be affecting such a high percentage of the population, especially college students (coincidence, anyone?). People who actually have ADHD do not react to Adderall in the same, “super-student,” way people without the disease do. They don’t get super energized. They don’t stay up for three days straight. And they don’t take the drug only when they have a big exam coming up. Over-prescribing is actually undermining the severity of the real problem.

I find it hard to believe that it is solely a coincidence that the prescription rate of Adderall has risen 43% in 10-14-year-olds and 52% in 15-17-year-olds in the past decade—you know what else has cropped up in the past decade? The iPhone. The first generation didn’t even come out until 2007. That means 10 years ago, iPhones didn't exist. And most of us still had razor phones, that is, IF we were even lucky enough to have a phone. Yeah, remember those things? You couldn’t even google something on it. Imagine how much easier reading a chapter would have been if you still had that thing.

These readily available distractions are simply just not something our parents had to deal with. Granted, to get research done they actually had to get up and go to a real-life physical library, search for a tangible book and THEN search for the specific chapter they needed, but hey…at least they weren't being distracted by a pinging noise every five seconds. That probably made it a little easier to focus on all the meaningless BS they had to do.

Growing up around technology is going to make it harder to focus, and understandably so. There is an infinite amount of information at our fingertips: it’s hard to focus on school when literally ALL the information that has ever been recorded is just a few clicks of a keyboard away. How the hell am I supposed to read about the Cold War when I could be googling, “10 Puppy GIFss To Get You Through The Week,” or, “Disney Princesses Reimagined As Dudes.” Even right now, you probably saw this article on Facebook and are proceeding to neglect your responsibilities. Puppies and memes are just going to be inherently more entertaining than writing that five page essay.

And I get it I really do—the idea of a super drug that makes you feel like you drank four large coffees, keeps you from craving junk food, and helps you cram in five chapters of notes before a big exam sounds fantastic. Why is everyone not on this? Superficially, it sounds like it would make you a skinny super-human whose on top of their work. And I have, on occasion, found myself googling “Symptoms of ADHD,” so I could parrot them back to a therapist. But, as friends have pointed out to me, it seriously messes up your brain chemistry, flooding your system with extra dopamine (the reward chemical) and norepinephrine (the reason you get so jittery). And when you flood your system with extra neurotransmitters, your brain's negative feedback loop tells your brain to make less of these naturally occurring chemicals, which in turn causes a dependence on the drug to provide you with the chemicals you need in order to just feel normal. Science is cool, isn't it?

Attention-deficit drugs are just one methyl group short of being methamphetamine. That one teensy additional carbon and three measly little hydrogens from being one of the scariest and most addictive drugs on the planet. Unless your name is Walter White, that news should be troubling. I’m not interested in "Breaking Bad;" just getting at least a B in chemistry thank you very much.

So please, think twice before you going crying to your therapist, convinced that you are unable to focus because there is something inherently wrong with you. Next time you go to the library, leave your laptop and your iPhone at home and see if that makes a difference before you start self-diagnosing hyperactivity.