It's not just a hard time focusing. 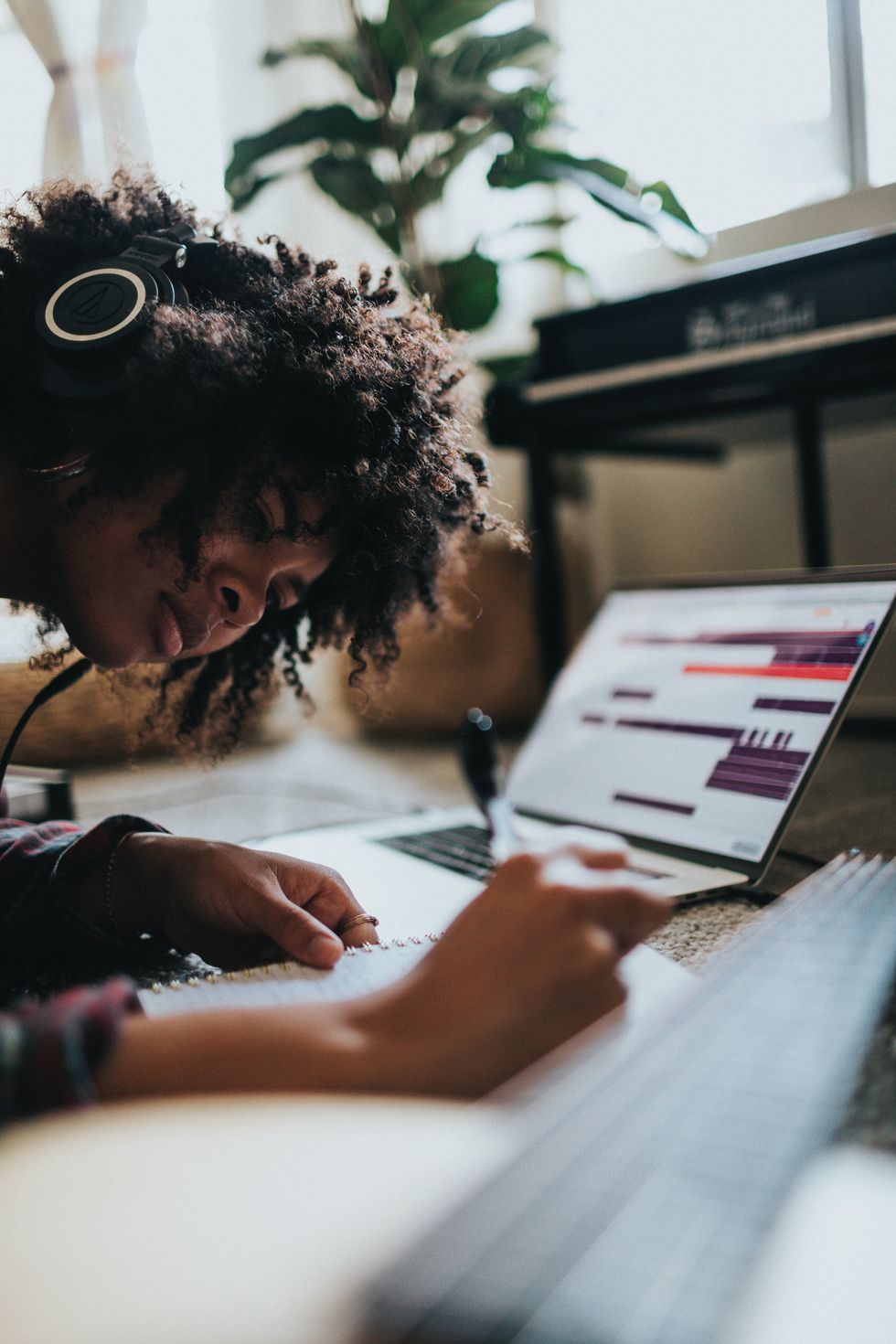 Until I was 18 years old, I thought having Attention-Deficit Hyperactivity Disorder, ADHD, meant you had constant energy and could hardly focus. Then, I was diagnosed with ADHD and finally realized it wasn't brain-made 5-hour energy pouring through your veins, it was simply how I saw the world. Obviously, this discovery explained a lot about my life. Apparently losing the ability to read whenever someone talks near you or needing to write everything on your hand or risk immediately forgetting it is not as typical as I thought. But an important realization I had was that ADHD is not nearly as visible as I thought. In fact, my parents were asked to do an evaluation, and according to their perception of me, I had almost zero indicators of ADHD. I always turned things in on time and stayed on top of my work, and I was a straight-A student in high school. And yet, my test result was very clear: I certainly had ADHD. Now, after research and now nearly a year's worth of learning about the disorder, I've found out that it's also not just affected how I work, but nearly every aspect of my life. So, here are nine unseen effects ADHD may be having on your life, from someone who didn't see them for years.

The Clock - A Short Story

If you have zero concept of time, this might be one way ADHD is affecting you. My personal example is that I can never arrive on time to anything - I'm always five minutes late or 10 minutes early, because I vastly overestimate or underestimate how long it takes to go anywhere. I also never know how long it will take to do something. I won't go get a snack because I only have ten minutes before class and think the thirty-second task may take too long, but I will leave a friend's at 12:32 and think I'll be back for a 12:30 curfew (yes, I live with my parents, thank you COVID-19).

This is typically only for people on ADHD meds, like Adderall or a methylphenidate, which is a medication I take on occasion to help increase my focus. ADHD meds enter and leave your body within a cycle of 8-10 hours, so they wear off before you're done with your day. However, a common side effect of these pills is a lack of appetite or hunger, which then often results in eating very little over the day, and then eating a lot at night once they wear off. If you've been on one of these pills and find yourself constantly skipping lunch, that may be why.

Delayed hearing is a random one, but it's real. So often when someone tells me something I ask "what?" and then immediately after I understand what they had said and try to continue the conversation. Things genuinely just take a second to process sometimes. The same is true when someone reads aloud to me. Nine times out of ten I completely miss half of what they say, and then simply have to read it myself. My brain just glitches with this sometimes.

No, this does not mean you are angry or sad all the time. However, it is a common side effect, especially in women. As a child, I had a really bad temper, which I now realize largely came from a lack of diagnosis, because I was seeing the world differently than the people around me, and I grew frustrated that we weren't on the same level of understanding.

While I no longer have the same temper, I do have a clear pattern of mostly getting upset when I'm also bored. Brains with ADHD are always looking for stimulation. When someone is bored, and not getting that stimulation, they may subconsciously try and find it, often resulting in anger or sadness as easily grabbed stimulation. Now, if I start to get angry with someone, or sad with myself, I try to find other stimulation as quickly as possible, and honestly, it's worked wonders for my mood.

5. Who you’re friends with

I've been lucky in that my ADHD has had little to no effect on my social life, as that can be another implication ADHD can have on your life. However, I have recently noticed that over half of the people I am closest to either also have ADHD or are going to get tested soon. My closest friends are all also fast talkers and don't mind switching topics quickly. This was not done on purpose by any means, but I believe that having ADHD likely impacts those you choose to be closest to, in that you choose to be close to people whose brains have similar paces to your own.

Oppositely, I think ADHD has also largely affected my pet peeves. My three biggest annoyers are slow walkers, slow talkers, and when someone can't understand something being explained that I already know. I hate that last one, and I am truly working on it because that's a terribly rude thing to be annoyed by. But whenever something isn't going my pace I feel like my soul itches and I just can't scratch it. If you have ADHD, evaluate your own pet peeves and see if they may be linked.

This is a big one. In all honesty, I am not that bad a procrastinator. I save everything for the day before its due, don't get me wrong, but I'm also not a stay-up-til-four-am-finishing-type. That said, I simply cannot work without a deadline. If there's no direct pressure for me to finish something, it will never get done.

This is another huge one. According to WebMD, up to 99% of people with ADHD are more sensitive than usual to rejection, and many people with ADHD experience Rejection Sensitivity Dysphoria, a condition that makes them overreact to rejection or negativity. This can cause an intense fear of failure or disappointing others and much lower self-esteem. My biggest fear is disappointing the people that I love, and I often hold myself to really high standards that I cannot meet, and then feel as if I've let people down. Obviously, rejection is never a walk in the park for anyone, but for people with ADHD, it can even have an effect that can be confused with depression or bipolar disorder. Those are extreme examples, but the sensitivity to rejection or failure is still incredibly common among people with ADHD.

That's right: another effect is that you may not even know you have the disorder, especially if you're a woman. According to the CDC's page on ADHD, it is more than twice as likely for a man to be diagnosed with the condition than a woman, raising up to three times as likely when at a young age. According to the APA, this occurs because men are more likely to be hyperactive, whereas women are typically more attention-deficit, and get distracted with their thoughts rather than their actions. While it is very important not to self-diagnose, you may not even know you have ADHD.

Here were nine unknown side effects of ADHD, but are pervasive daily in the lives of those who have it.