You’re not stuck; there’s always a way out. 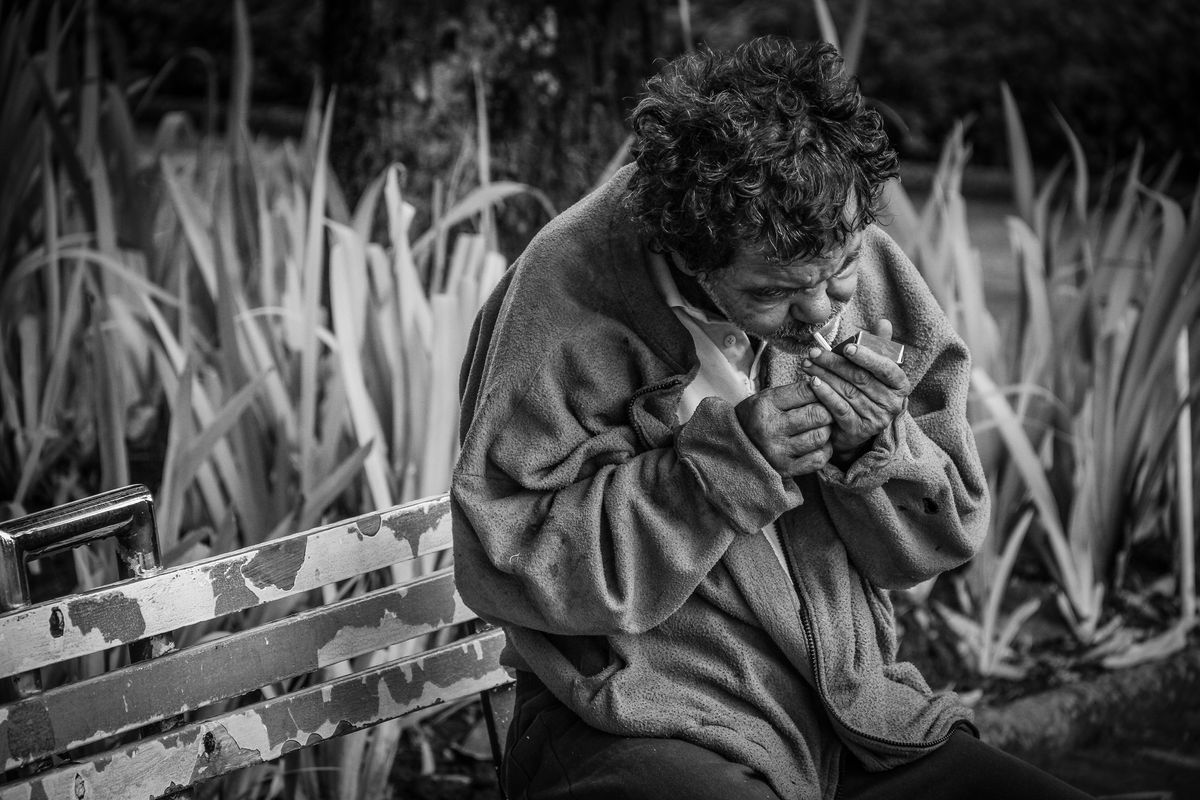 Another crumbled-up piece of paper lies in an unmarked grave of letters I will never send. Paragraphs upon paragraphs of apologies that’ll never be read. I balance this weight of resentment on my shoulders in hopes that eventually I’ll be found in a pile of ashes of my own skin.

I’ve lived at the bottom of a bottle in darkness. I’ve built my life around a castle of lies that I’m not so sure is worthy of standing. Broken hearts have become a metaphor for everything I’ve never been able to do right. My mistakes come in the form of a ghost that forever haunts me inside my own mind.

The part of being an addict that is the hardest to cope with is probably the part where I no longer see myself as who I am. I see myself as a monster with no sense of empathy. I’m relying on a reality that ceases to exist. When I’m high, my head is in the clouds.

But what every addict forgets is that what comes up must come down. When the high wears off, it feels like you’ve just done a belly flop off a plane from 39,000 feet in the air. It feels like your chest has been crushed by a ton of bricks and there’s not one damn thing you can do about it.

Imagine you’re drowning in the ocean. The tides are crashing over you one by one. They’re pulling you under the current and dragging you away from the shore. Between waves, you’re trying to gasp for air, but before you get the chance you’re struck again. The salt will pour into your mouth, and like a snail on a hot day, you’ll melt under the crashing of your own silent screams.

It’s an endless cycle that seems impossible to escape. Constant cravings and urges just to feel something again. When you hear the word “addict,” what comes to mind? Maybe the image of a skinny person with bags under their eyes and clothes that are covered in filth.

Maybe you see an addict as someone who’s always begging for money or selling their bodies for a high. Maybe you see a man passed out on a park bench smelling of whiskey and loneliness. What people tend to forget is that there are more addictions than just alcohol and drugs.

What if I gave you a different face? What if I painted you a picture of someone who’s extremely intelligent? Someone who’s worked so hard for everything they have ever gotten.

There are addictions upon addictions—whether that’s drugs such as pain killers, meth, heroin, amphetamines, hallucinogens, or Benzodiazepines (which include drugs like Xanax). Alcohol and even cigarettes are other common addictions you may be familiar with.

Addiction isn’t a joke. It isn’t easy to just stop and call it quits. It’s not a game that you can pause and hit restart on. It’s a sickness that simply tears apart your entire body and mind. You become so dependent on your addiction to feel whole and to feel good about yourself.

However, following the come-down or the withdrawal, you can’t help but feel an overwhelming sense of guilt. A feeling of constant neglect to those you’ve ever cared about. You’re starting to choose your addiction over your life. You’re letting it consume you until you no longer have a sense of self.

But what does it mean to be in recovery? Slowly weaning yourself away from those things you once thought you needed. Slowly pulling yourself out of a well that’s filled with endless desires of what you could be. Bettering your self-worth as a human being. Tricking your body into believing you no longer need to grasp onto a safety net. Push your old identity off a bridge just to start fresh again.

You have to force yourself to believe you’re not going to forever be the same person you once were. It takes self-discipline and motivation from those who love you and surround you. It will take constant nights of being in pain and drowning in tears to become someone better. But it is possible. It is a challenge that will seem impossible to overcome, but you are capable.