The Abuse Of Immigrants, Farmers And Native Americans During The Gilded Age
Odyssey

The Abuse Of Immigrants, Farmers And Native Americans During The Gilded Age

Although the Gilded Age was filled with economic prosperity, it was achieved through corruption. 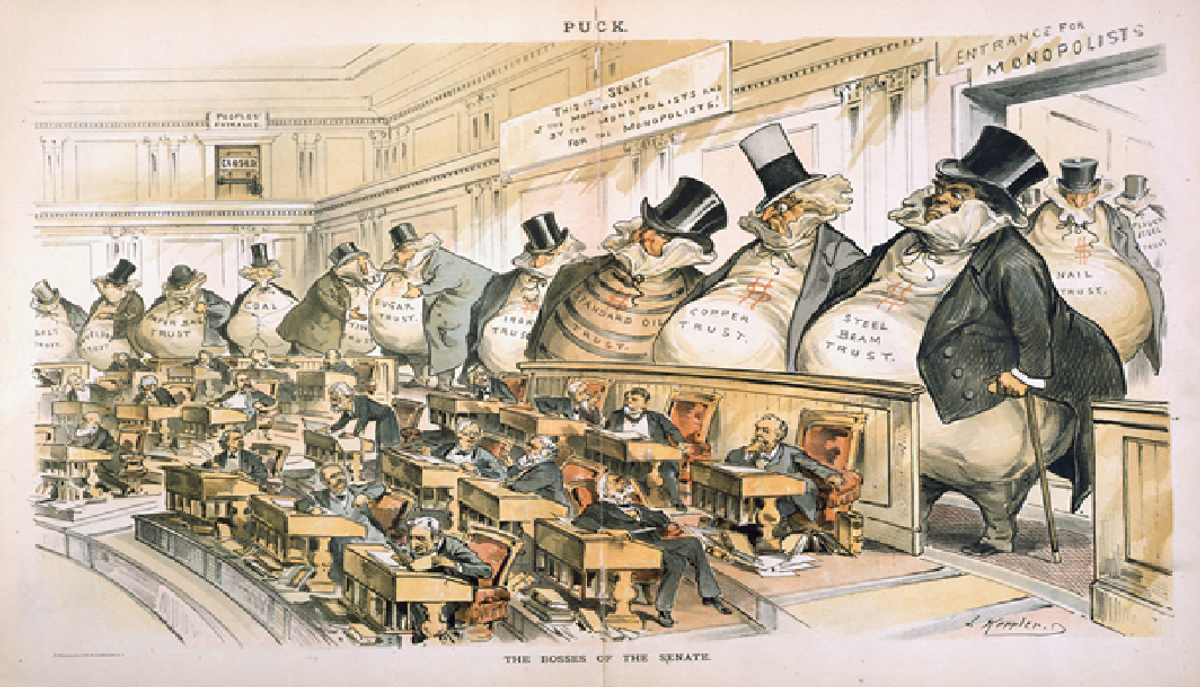 After Reconstruction ended, the U.S. economy flourished during the Second Industrial Revolution. Mass immigration led to an increase in population and opportunity in cities and the Great Plains. Urbanization involved technological advancements and new mass transits services which emerged to meet the nation’s growing needs. This era also included the rise of corporations and great inventions. Although the Gilded Age was filled with economic prosperity, it was achieved through corruption. These factors hindered social progress in America, and therefore, the label “Gilded Age” is an appropriate description for the period between 1870 — 1900.

1. Immigrants were regularly discriminated by businesses and Americans.

For example, most immigrants came from southern and eastern Europe for better economic opportunities. These vulnerable foreigners did not speak English and were typically unskilled agricultural laborers with little to no money and education. Since immigrants were desperate for work, they were willing to take any industrial job to provide for their family. Monopolists like Andrew Carnegie and John Rockefeller exploited immigrants (including children) by employing them to work under bad factory conditions for low wages in order to maximize profits. As a result, industrial capitalists became largely successful at the cost of immigrants’ lives. Although business tycoons of the Gilded Age boosted American economy, they were ultimately bad for America's well-being because they promoted social stratification, like the large gap between the rich and poor. This became a vicious cycle: businesses utilized new tactics to reduce labors costs and immigrants were therefore unable to adequately provide for their families.

Only 1/8 of America’s population at the time controlled the economy. This led to the concept of Social Darwinism which was used to justify laissez-faire social and economic policies. The government failed to regulate industries and protect minorities from unfair treatment (working long hours), thus exposing its ugly power. When labor unions like the American Federation of Labor formed to protest this injustice, powerful businesses silenced them by ending strikes through different methods like court injunctions. The selfishness of capitalists created an unjust society in which the elite enjoyed a life of luxury while immigrants struggled to survive in run-down tenements. Likewise, many workers accused immigrants of taking jobs away from real immigrants. Nativists advocated for quotas like the Chinese Exclusion Act because of different social and religious beliefs. This prejudiced mentality once again revealed the Unites States’ natural inclination to contradict its ideals of freedom and equality in order to gain wealth at the expense of minorities.

2. Farmers were often abused by the railroad industry.

Small farms were obligated to pay higher prices for shipping agricultural products like grain, but large farms, who were their best customers, were charged less money to ship goods. This was problematic because farmers needed transportation during harvesting seasons like fall and spring. Small farms struggled to provide for their families while their debt rapidly accumulated. When crop prices fell because of competition, the surplus of crops caused farmers to go further into debt. In other words, a higher supply of products caused demand to decrease. Consequently, their lenders foreclosed on their mortgages.

Moreover, the issuance of greenbacks — paper money that wasn't backed by gold —caused deflation which made loans (from railroads or banks for equipment) increasing difficult to pay back since money was more valuable. The banks benefited from this system because loans were repaid with money that was worth more. The government did not prioritize farmers’ interests over the thriving economy and failed to protect poor farmers from exploitation, thus broadening the gap between the upper class and lower class.

As a result, groups like the Populist Party and Farmers' Alliance advocated for the regulation of railroad companies and the silver standard, like end of high rates and laissez-faire policies. The Populist Party supported Democratic candidate William Jennings Bryan in the 1896 election, but eventually, it faded away because the group only focused on one issue: silver backed money. William Jennings Bryan lost the election because Republicans, commonly wealthy business men who relied on railroad, overpowered small farmers. Yet another cycle is prevalent in Gilded Age society: the wealthy always prevails despite efforts of the disenfranchised community (small farmers) to improve their lives.

In the Carlisle School, Indian children were separated from reservations and assimilated into a white community. They were forced to ignore their culture by cutting hair (which was considered a part of their spirit) and wearing uniforms instead of traditional attire that consisted of feathers. The Plains Wars also stemmed from a continuous cycle in which negotiated treaties forced Indians to settle on poor reservations, white settlers often broke the treaty, and chaos ensued.

Furthermore, the Dawes Act of 1887 created the reservation system by dividing the land of Indian tribes into separate plots. Native Americans were forced to be confined to reservations in order to open up land for white settlers pursuing the American Dream. In order to resist white domination and defend Indian culture, the Ghost Dance Movement emerged in which dancing rituals gave Indians hope for harmony and the preservation of their culture. Agents responded by killing Sitting Bull, a Native American chief, out of suspicion that he would lead the Ghost Dance Movement to prevent assimilation. American westward expansion (including railroads) was caused by the greed for gold, fertile soil and money. The U.S. once again subdued a minority group’s cries for help for its own selfish gains. Although westward expansion greatly improved the American economy, it was achieved through cruel attempts of erasing Indian culture.

The Gilded Age improved the American economy through rapid industrialization and inventions, but there was no social progress because immigrants, farmers and Native Americans were repeatedly mistreated by society. A pattern can be seen in the history of the United States is that some white Americans have always considered themselves superior than other minorities (and many still do!), leading them to believe that they have the right to harm powerless and disenfranchised groups for their personal gains. Americans enslaved African Americans to accelerate a plantation based economy. Immigrants, farmers and Native Americans were also exploited to build wealth. America became powerful by unethical methods like child labor and laissez-faire policies. The label “Gilded Age” is accurate because America claims to be the perfect land of freedom, opportunity, and equality; however, it has a dark, corrupt side that has caused many symptoms in modern society.

Caitlin Marie Grimes
University of South Florida
6144
Beyond The States