What You Don't Know About Harley Quinn

What You Don't Know About Harley Quinn

(And what the media won't tell you.) 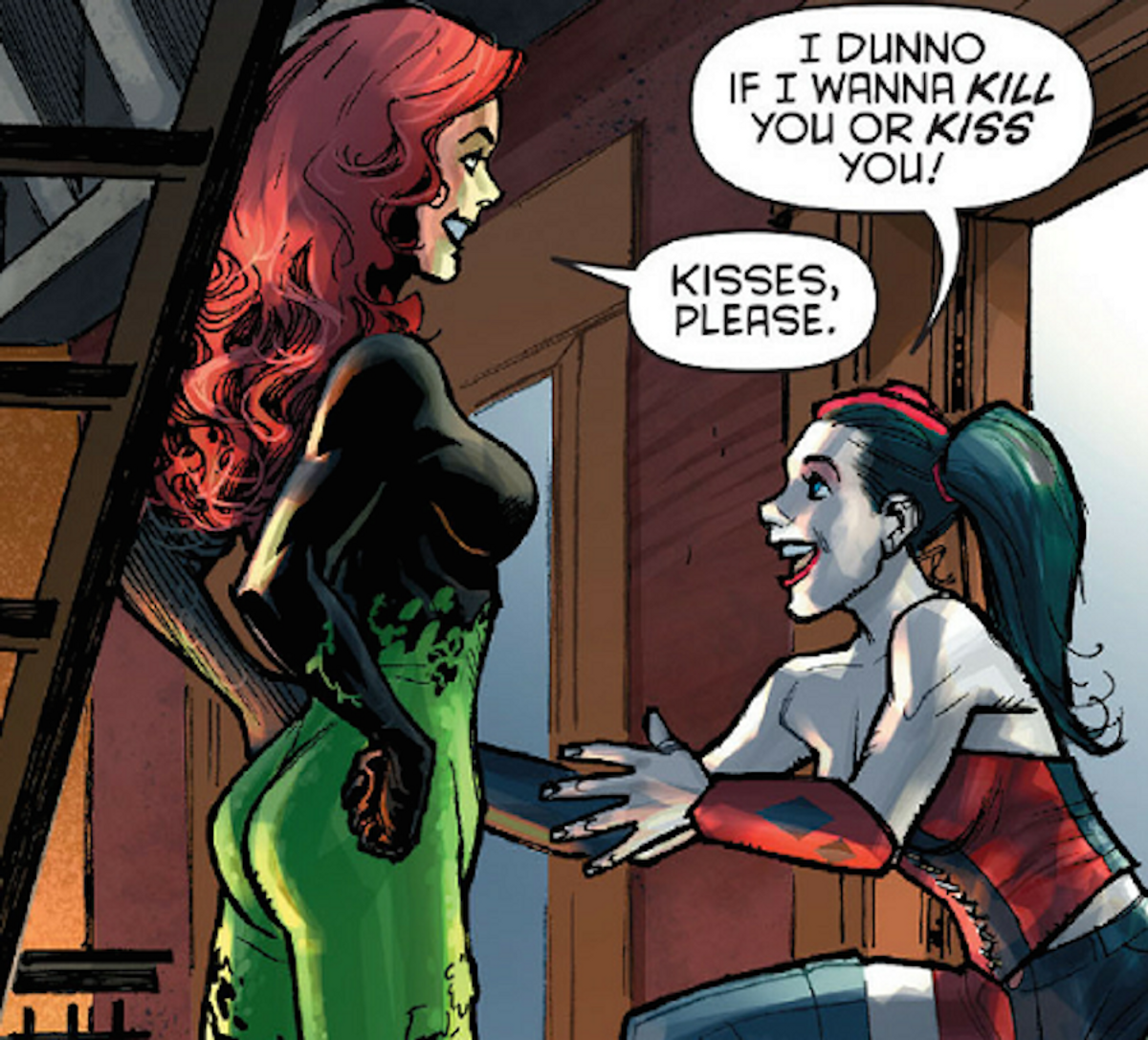 Easily having the most visibly complex and dynamic, not to mention problematic, relationship in Suicide Squad, Harley Quinn and her “puddin,’” the Joker, have become the center of the media’s attention. Although the movie begins with Deadshot, played by Will Smith, it ends with the Joker finally freeing Harley Quinn from her cell – an ironic twist to Quinn’s character, who, in actuality, the Joker places in a metaphorical cage and who was first introduced to viewers of the film via Lesley Gore’s classic feminist anthem “You Don’t Own Me.” This song, however, becomes more than meets the ear when one explores the multidimensionality of Harley Quinn and her surprising connections with Lesley Gore.

First, let’s explore what the mainstream media (the media that places Quinn in a “sexy submissive super-villain” box) won’t tell you about Harley Quinn. If you’re not a follower of DC Comics’ physical comic series, or if you’re not a geeky queer kid, you might not know about the relationship between Harley Quinn and Poison Ivy. Their relationship begins in the DC Comics No Man’s Land offshoot series, in Batman: Harley Quinn. The Joker attempts to kill Harley Quinn by sending her to and locking her in a self-destructing rocket after realizing he has deep, romantic feelings for her (because, of course, he views these feelings as a distraction). Poison Ivy stumbles upon Quinn, rescues her, and thus their relationship is born. In saving Quinn, Ivy gives Quinn an antitoxin that improves her agility and presents her with immunity to toxins. In essence, Ivy imparts on Quinn two of what will become Quinn’s most defining traits (her agility being a trait depicted over and over again in Suicide Squad as she climbs around her enclosure in Arkham Asylum and as she elegantly twists and turns on the ladder leading to the Joker’s helicopter). In later comics, Quinn and Ivy even move in together. Jimmy Palmiotti and Amanda Conner, the DC Comics Harley Quinn series writers, took to Twitter to discuss the relationship between the two super-villains, concluding that the two are in a polyamorous, lesbian relationship.

Now, let’s discuss Lesley Gore and why her profound and timeless tunes, in conjunction to her personality and persona, correlate so significantly with Harley Quinn. Beginning with the obvious – their sexualities. Lesley Gore, while having dated men in her early years, always advocated for queers and came out as a lesbian in 2005. The writers of the Harley Quinn comics have never revealed Quinn’s sexual orientation, but the fact that her relationship with Poison Ivy is stable and mutually supportive, while still embracing each of these women’s free natures, should not be overlooked. This relationship with Poison Ivy is essentially the complete opposite of Quinn’s abusive, on-and-off relationship with the Joker. (In a sense, Gore’s song “You Don’t Own Me” can be seen as Harley Quinn’s plea to the Joker to quit his oppressive ways). In any case, the most fascinating parallel between Harley Quinn and Lesley Gore lies not in their sexual orientation, but in how they express themselves. Both women stand up to the repressive standards delegated to members of their gender, although in paradoxical ways. In her article “Remembering Lesley Gore: A Lesbian Icon,” Sarah Fonseca depicts Gore’s persona during her live performances:

“Gore showed physical restraint in live performances, softening enormously tragic lyrics with a beaming smile that refused to flicker until the final note. Female agony, when externalized, is understood to be ugly. Lesley’s smile was a way of viscerally denying hurt despite singing about it. She was able to send a message without ever looking like its expected messenger.”

Now, re-read this quote while thinking of Harley Quinn, specifically her interactions with the Joker; the quote still seems scarily accurate. The pain masked as smiles in these women’s “performances,” how they show themselves to the world, is the same. Now listen to “That’s The Way Boys Are,” another one of Gore’s iconic songs. I always picture Gore singing this song with an ironic half smile displayed on her face, especially with verses like “When he treats me rough and he acts as though he doesn't really care/Well, I never tell him that he is so unfair/Plus, he loves me and I know it/But he's just afraid to show it/'Cause that's the way boys are/That's the way boys are.” If Quinn sang, these are most certainly the words she would sing about the Joker, delivering the lines with the same smile I picture on Gore’s face. In this way, both women “send a message” about female empowerment “without ever looking like its expected messenger.”