A Reflection On Bipolar Disorder

A Reflection On Bipolar Disorder

In honor of World Bipolar Day being March 30th, I wanted to touch on a subject I am very passionate about. 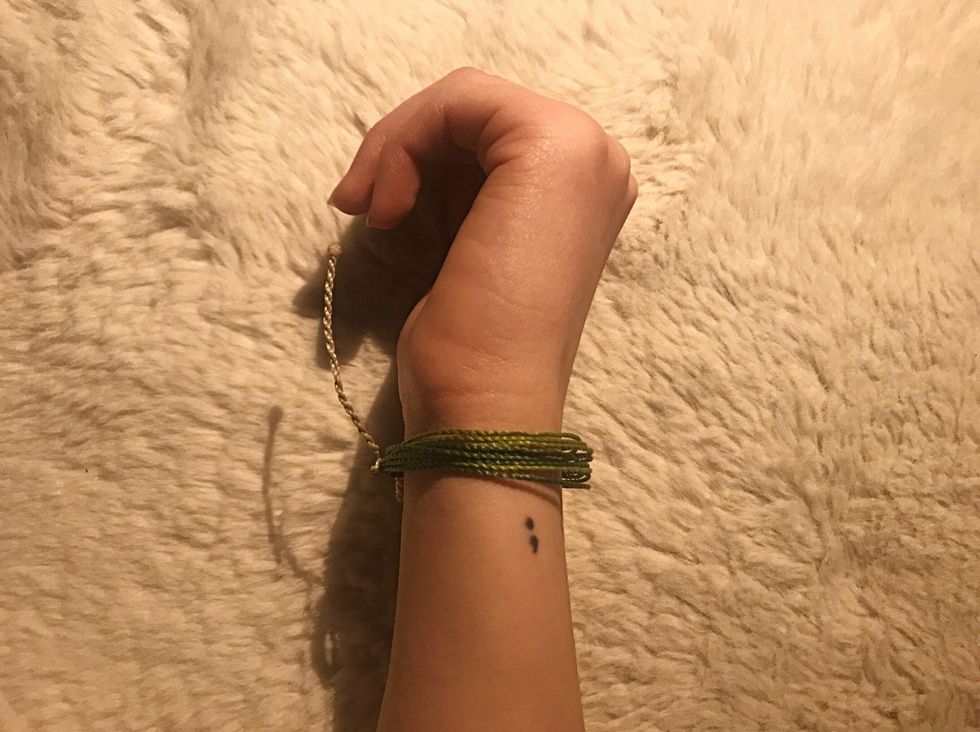 I experienced my first hypomanic episode when I was 16 years old. I thought I was absolutely invincible, like nobody could stop me. I was having the time of my life, or at least I remember it that way; a lot of times my perception of how things really went are a little bit out of touch with the reality.

It was the first time I had been able to reflect inward and see that what I had been experiencing for so long was more than depression.

I experienced someone asking me if I really had Bipolar Disorder when I was 17. I was immediately defensive, forgetting that not everybody understands how this illness works or how it personally impacts people's lives.

That was the first time I realized I wanted to be blunt and outspoken when it came to my diagnosis in order to inform people and speak for those who can't. So here goes nothing: I have Bipolar Disorder, Bipolar II to be exact.

The medical diagnosis did not come until recently, but has been implied since I was a sophomore in high school, so it didn't strike me that deeply when it was written on a piece of paper earlier this year and shoved in my face as I switched my medication for the fourth time.

According to the American Psychiatric Association Bipolar Disorders are "brain disorders that cause changes in a person's mood, energy and ability to function. Bipolar disorder is a category that includes three different conditions — bipolar I, bipolar II and cyclothymic disorder.

It's interesting to see that thrown into the end of a medical definition they have to say that people with such a diagnosis can live a life just like anyone else...

There are a lot of different specifics for symptoms of Bipolar Disorder, like a person who has Bipolar I will experience full blown mania while someone with Bipolar II will experience hypomania. Both cause depressive episodes as well, but the time varies depending on which form you are diagnosed with.

I think it is important to recognize that, just like with other mental illnesses, Bipolar Disorder exists on a spectrum that varies from person to person. No one person experiences the same feelings with this illness, so it is impossible to place anybody into a box.

Often, when people hear a diagnosis, they jump to some pretty intense conclusions. Sometimes its that people believe someone who is Bipolar is dangerous or "crazy". Which simply is not true at all. Having a label on an illness doesn't change who anyone is, it just makes what people feel and experience make sense.

Another thing that I find comes with a Bipolar diagnosis is an extreme anger toward the word being used to describe anything else. You hear it all the time, "Oh, she's so bipolar." or "The weather is being so bipolar recently.". With a language that as well over 200,000 words, any other one will work if it doesn't further stigmatize an illness over 5.7 million adult Americans are affected by. (National Institute of Mental Health)

Finally, on a personal note, I have been blessed to have people in my life that have always tried to understand the way my mind works. That does not mean I haven't been met with some "I feel like bipolar is just an excuse." or people just genuinely feeling like I'm a horrible friend. On my end it's pretty easy to feel that way too.

But I have learned that I can't necessarily announce every time I might be in bed for two days straight, making up excuses not to see anybody and on the other hand, I find it hard to explain how a month later I took up six new hobbies and a leadership position and won't leave anybody alone.

I always thought nobody wants to be around you when you're depressed, they only want the good parts, so I would make myself scarce during those times. Now I am learning, with the help of those around me, that I deserve to take up space no matter how I feel and that my friends and family are willing to stick by me through it all.

Now, I cope and experience the feelings that come with being Bipolar. I also hold myself accountable for my actions and communicate to people what is going on. I understand how frustrating this can all be for other people and expect them to understand that it feels the same for me. I appreciate those that stick by through the highs and lows more than I can express.

When I talk about Bipolar Disorder, it isn't always met kindly, but I don't think I will ever stop talking about it for that reason.

Stigmas stay in place when people stay quiet. I, for one, will not be silenced when it comes to sharing my experiences. You never know who needs to hear exactly what you have to tell. Mental illness is isolating, especially in a world where physical illness is met with the upmost empathy.

Bipolar is not a bad word.

Bipolar is not an adjective.

Living with this disorder presents its challenges, but with proper treatment and care, people can achieve the stability and happiness that everyone deserves.

Let's recognize the symptoms, communicate with one another, and work towards ending the stigma together.