The 9 Types Of Guys You're Destined To Meet In College
Odyssey
CurrentlySwoonLifestyleHealth & WellnessStudent LifeContent InspirationEntertainmentPolitics and ActivismSportsAdulting
About usAdvertiseTermsPrivacyDMCAContact us
® 2023 ODYSSEY
Welcome back
Sign in to comment to your favorite stories, participate in your community and interact with your friends
or
LOG IN WITH FACEBOOK
No account? Create one
Start writing a post
Entertainment

The 9 Types Of Guys You're Destined To Meet In College 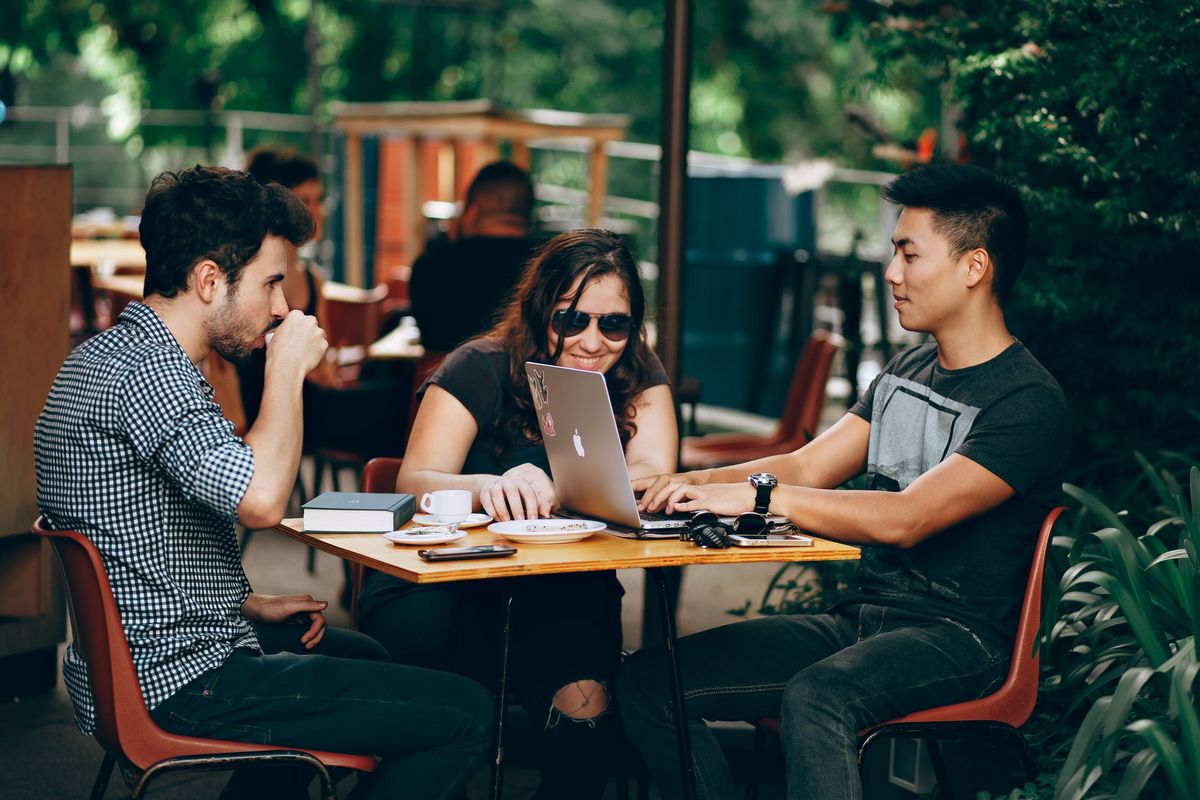 Oh, boy! In college, you will come across people of all shapes and sizes with a wide range of personalities. Despite that, there seem to be several categories that boys fall under while at college. This week, I've outlined the 9 types of guys you'll run across in college:

Yo bro, ya heard? This guy is in a frat and has made it his mission to let everybody know he is. His go-to look is a polo shirt with cargo shorts that are just a tad too short. He probably has an American flag hanging on his wall and his most creative Instagram caption is "Saturdays are for the boys". Don't get me wrong, frat guys can be nice just stay away when they're too many beers in on a Tuesday night.

Almost like clockwork, this guy posts a snap on their story of them winning Fortnite a caption along the lines of "AYYYEE" or "Dubs only." When this guy is not on a bean bag chair two feet away from his TV screen he's with the bros. This guy might not be the best at getting ladies but at least Fortnite is always there for them (except when the servers crash).

Muscle tees, pre-workout and a gallon jug of water are this guy's best friend. He either is busting out of his own skin after taking steroids or is the leaner guy that could take someone out in one punch. You never see these dudes on a treadmill, only lifting weights. His favorite food is probably chicken and he likes to post snap stories of him eating an excessive amount of eggs. He likes to date girls that are tiny to make him look big in comparison. These guys are nice until you question their masculinity.

If you meet a nice guy who is smart there's a 50% chance he's an engineering major. This guy probably likes to casually play sports and/or is in the band. School is always his number one priority but he also wants a smart girlfriend to talk nerd too. This guy peaks around sophomore year when most people start to settle down. He's the one at the end of college with a high GPA and a girlfriend out of his league.

This guys truck/ jeep is named after a girl and is most likely on their Instagram page. Every weekend this boy is either mudding or on a boat with their neighborhood friends. They are the only reason Natural Light is still being sold and were taught to shotgun at age 13. This guy loves him some camo and "Make America Great Again" hats. Don't let him have aux at parties unless you want an erratic playlist that has a mix of country, rap, and the occasional girly pop song. However, don't let the country fool you – these guys end up graduating with a good GPA and a business degree.

This guy is probably in a frat and has been for the past four or five years. He is really taking his time with the whole college thing and doesn't let it stress him out. This guy is either really tall or awkwardly short and you can't really tell if they're muscular or heavier. This guy came into college and went wild his first couple of years and now he has a beer in his hand the majority of the hours he's awake. Although this guy loves making pledges drink until they're on the verge of alcohol poisoning, he always makes sure everyone have a sober ride home.

This guy never fails to let everyone know he has a three-foot-long bong and treats it like it's a precious artifact. He loves wearing hoodies and posting pics of him lighting up a blunt in nature. His favorite colors are coincidentally the same as those on the Jamaican flag. His role model is Bob Marley and his room always smells like a mix of rotting food, dirty laundry, and a quite herbal scent. All his friends hang out and end up talking about how cool elbows are.

This guy is one everyone respects. He somehow manages to take a full course load and work a ton of hours at his job. He is smart and level-headed. He goes underappreciated all throughout college but turns out to be super successful in his career.

Gay Best Friend might be a 2014 movie but these guys are real. They have a ton of pretty girlfriends and are always the go-to for venting. These guys take the show at the club and really make the best of college. Their Instagram feed is so much more aesthetically pleasing than yours and they are always flashing their white teeth. They're always super nice unless you piss them off.