The 9 Circles Of Modern Hell

Some things gotta change with time. 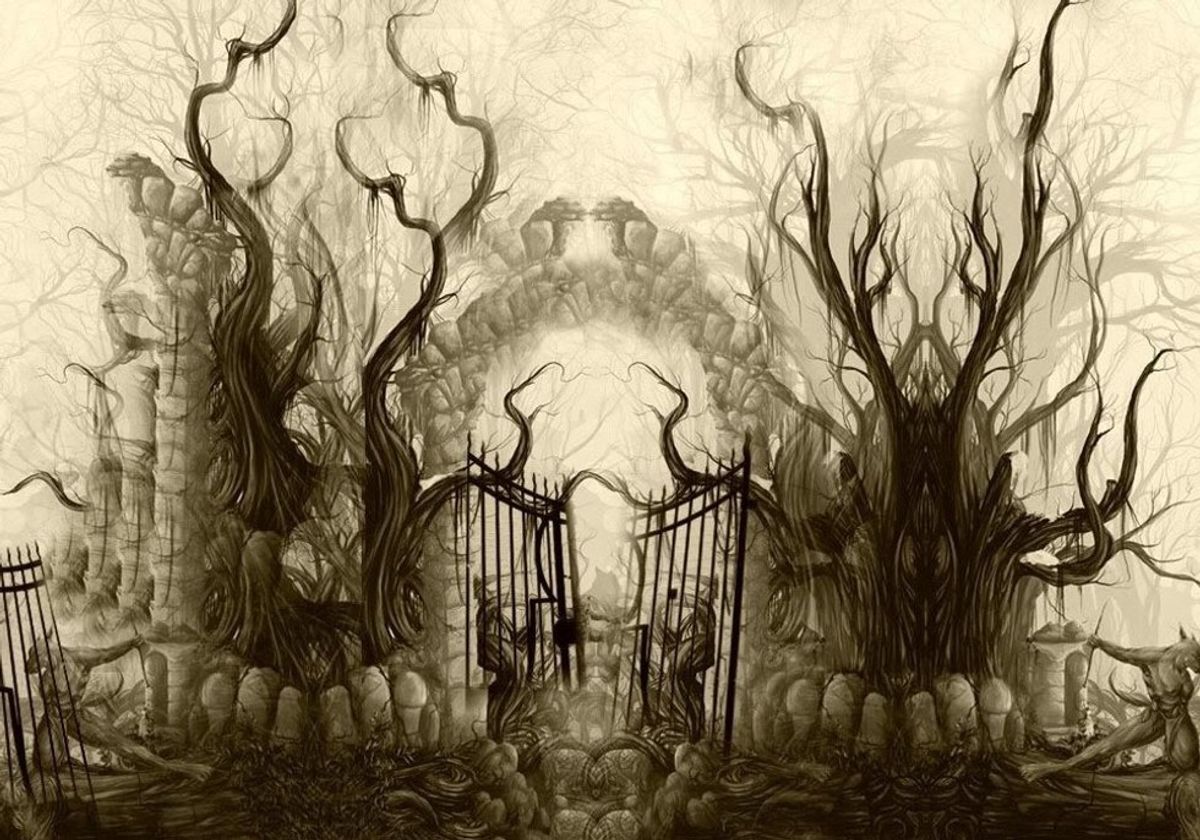 In the story Inferno from Dante Alighieri's Divine Comedy, there were nine circles of Hell - nine phases of Hell that Dante must pass through, each worse than the last. In the modern day, most people are not as afraid of "sinning" as people were back in the day of Dante. This world has a great mix of faiths and degrees of lacking one. So, "sinning" in the old way of describing actions isn't really as relevant anymore. Therefore, I believe a renaming of the Nine Rings of Hell is in order so that people of the modern day can get more of a grasp on the terror that Dante was trying to get across with Inferno.

1. Seeing Something In Person That You Can't Have

Ah, temptation at its sweetest. The first and kindest circle of modern Hell is where each person will always see what they want, but it will always prove impossible to actually get to. Food will seem real, but only be cardboard cutouts; the new car they want gets crushed into a tiny cube right before your eyes; and the worst one, they may find the cutest dog in the world but it trusts nobody and is always running away from them - every dog they encounter will do this.

2. Dropping Your Phone on Your Face

This occurs all the time when people combine two of life's precious privileges: laying down comfortably and wanting to browse the internet. Many people end up holding the phone right above their face and the phone usually falls down, causing pain to the face and the pride. This circle of Hell is entirely made of people laying down on their backs with greased hands and a phone cradled in their hands. They lay there until the phone falls onto their face.Then their hands are greased again and the phone is placed back in their hands on repeat for eternity.

And this is one of the lucky ones. The rest walk away with much worse.

3. Too Many Stops in Your Music

Whether it be those few minutes where every radio station is on commercial or where the data is too slow to stream music, there are times when the music just isn't playing. This is justifiably maddening because the only real reason this should happen is that "American Pie" by Don McLean just came true and the music died. This circle of Hell is populated by radios that play only one line of a random song for every 24 hours of commercials or speakers that only play stints of skipping music between days of watching the "Loading" or "Buffering" icons pin.

I'm all too familiar with this circle of Hell...

Poor internet is maddening by itself. However, it becomes worthy of the word "torture" when it only strikes at the best part of a movie/show or just as the record-setting gaming session of the year is about to finish up. You've waited for this moment and all of your time invested is about to pay off when the Internet decided that moment to be when it crashes and you lose everything. This circle of Hell has people alternating between watching their favorite movies, having it freeze right before the best part, and building a 1000 piece puzzle, having it set on fire at random times when towards completion.

Oh, did I forget to mention there are no edge pieces either?

5. Having to Go to the Bathroom But Pets/People Are Sleeping on You

Anyone with pets or someone comfortable enough with them to rest on them may have experienced this. It's a situation where moving seems like betrayal of the deepest trust - to be in their presence when they are sleeping. In this circle of Hell, a person is sitting on an uncomfortable couch with their most deeply beloved creature(s) sleeping on them while the damned has a full bladder. As they wait, their burden is increases and increases until they must wet themselves with people on them or disturb the other person or creature from their sweet dreams. When someone wakes up, the two people instantly switch places and the process starts for the beloved.

This happens all the time, whether it be underwear of some kind being just enough off to drive you wild or a wet sock from a puddle. Usually, this occurs when in a place that it can't be fixed or it's just a hassle to fix. It's torture when left alone. This circle of Hell features a constant slightly shifted piece of underwear and perpetually wet socks, complete with walking around for no less than 12 hours before underwear is shifted another way and/or socks are wet again.

It's enough to even break the will of a god.

The worst of all pains experienced in everyday life, the stubbed toe still dumbfounds those who wonder how much pain can come from such a simple mistake. It can happen anywhere at any time, usually accompanied by a plentiful variety of cursing. This circle of Hell is where people wander around endlessly and barefoot in the dark on a foundation with rocks jutting out of it. They can rarely see it coming, but if they do, another rock will soon find their toe and hurt twice as bad.

The constant face of those either in pain or about to be in pain.

8. Watching Your Phone Battery Die When You Need It

In a world where phones are so heavily integrated into daily life, watching it die and knowing you don't have a charger isn't pleasant. However, doing so while you are navigating a place on GPS or when you're in an intense conversation is its own personal Hell. You will not know specifically how much time you have, it will die at the most critical part of the endeavor and it's completely out of your control. This circle of Hell puts people in the most emotional, intense conversation of their lives, but it is done completely over text. They're in a room with many outlets hidden in there, but only one will work and only for a short time. If the phone dies, they start over with a wiped memory.

"Yes I would like a pepperoni pizza delivered to- NOOOOOOOOO!"

9. When Your Relatives Find Your Social Media

This would make even murderers quake in their boots. Few things are worse than having relatives follow you on all of your social media and silently watch your every move. Worse is when they start interacting with you on social media, usually with a very inadequate knowledge of how it all works and ending up commenting on someone else's status you're tagged in while addressing you directly and you, alone. It's embarrassing in the strangest way and unsettling to have to craft posts/tweets/snaps to be family appropriate. This circle of Hell forces the damned to seek their relatives out on all social media and friend them all. They must then relive their entire social media past as if those relatives were always added.

"Uncle Richard commented on your status about Saturday night."

QueenRadhi
The State University of New York at Stony Brook
165