As Told By Gifs 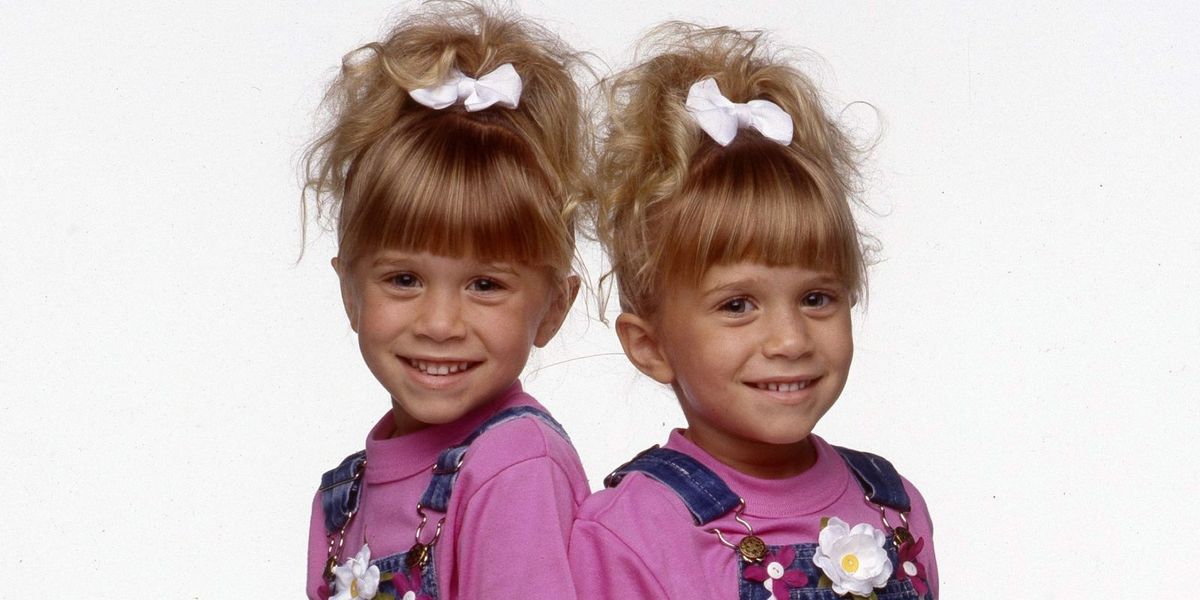 Coming from an older sister of two, sisters share a very special bond. Some days are a lot like World War III in the battle over clothes, makeup, or just for the sake of being right. While other days are filled with every ounce of thankfulness to have a lifelong friend that understands (or tries to) everything about you. Here are just a few of the many things that all sisters will understand as described by gifs.

I cannot count how many fights I had with my sisters that resulted in the physical attempt to rip off the article of clothing that was yours, even though you had no intention of wearing it and most likely weren’t going to wear it anytime soon. Something about your sister wearing your clothes without asking triggered a wave of anger only those with sisters understand. Today, sharing closets with my sisters is my favorite, and I catch myself buying things that I know my younger sisters would look flawless in. Oh, how times have changed.

Most, if not all, sisters remember the nickname(s) they were called as a child, and some are still present in your households today. Whether you loved or despised your nickname, there is something special about calling up your sister or hugging her after being apart for some time and saying the obnoxious name you most likely awarded her for something embarrassing she did. Janny McJan Sauce, you know who you are!

This one is probably by far my most memorable aspect of having a younger sister, or even a younger sibling in general. You and only you are allowed to tease and pick on her. If anyone else attempts to cause strife to your younger sibling, well, blood is not only thicker than water as they say; yet it also binds you as an incredibly strong unit. No one picks on her but you, and I am sure many of us have made that known to any brave individual that tried to challenge that theory. Sometimes, I wanted to kill my sisters, but I would kill for them all the time.

It is no secret that your sister’s opinion is given whether you ask for it or not. It is also given in a way that is probably the least compassionate in every way possible. One thing is for sure, you never let your sister walk out of the house in something that was unacceptable and even if she walked out of the house with someone that was undeserving, you either let her know when she got home, or let her know before she got to the bottom step of the staircase.

I believe my younger sister and I were dressed alike until the age of twelve. Which in my mind, felt like an embarrassingly long amount of time. What I’ve come to understand as I’ve gotten over and (hopefully) matured out of a twelve-year-old mindset is that I never took the time to appreciate how much she adored being dressed like her older sister. Today, not only do I enjoy being able to share the same clothes, I take pride knowing that my younger sister wanted to be anything like me, even if every Christmas card wardrobe before that was unbearable.

My mind goes straight to the place in our home, the scars on my body, and the wig of hair I could have made out of all that was pulled from my head over the intense fights between me any my younger sister. The rage you feel fighting with your sister was as if Mike Tyson and Evander Holyfield had entered the ring before the ear biting round. Mom, thank you for being the white flag when war between the remote was declared. We owe you a million grocery store trips that don’t end with separating the two of us before we ever enter the parking lot.

Normally after being sent to your room by your parents because of a knock down drag out with your sister, you would be repulsed by spending any more time with her. This wasn’t always the case. I can remember being sent to my room after being embarrassed by my mother or father for whatever I had done, leading my sister to throw punches like no one has ever seen. Instead of sitting there entirely alone and reflecting on what I had done, I would find my sister sitting on my bed waiting for whatever we were about to play. We resulted in watching movies, playing dolls, or simply sitting on my bed with one another made the rebuke by mom and dad hurt a little less. Even though we didn’t always say it, forgiveness entered the room when I heard the pitter patter of my sister’s steps just before she appeared at my door.

To my younger sister, I cannot tell you enough how thankful I am that you took every single task given to you while we were playing just to be able to play alongside me. You were the “ball girl” during basketball games, the “teacher’s aid” when I was head principal during our games of playing school, and you sang back up in every single concert we ever put on. In all those years of being my second-hand woman in everything we did together, I have come to realize just how much I needed you to play a successful game, run a successful classroom of dolls, and above all, I realize just how much I needed you period. Thank you for letting me play Beyoncé in all of our concerts and for never letting me face a “Go to your room” speech alone.

Whether you’re an older brother or sister, each of us can relate to at least one if not many of these eight things associated with having a younger or older sister. Sisters are like lifelong friends. They are some of the few that know you for you. You do not pick your sisters, but if I had the choice, I would choose mine every single time.