8 Reasons Why The Drinking Age Should Be Lowered
Odyssey

8 Reasons Why The Drinking Age Should Be Lowered

If you are expected to make responsible, adult decisions at the age of 18, why can't alcohol be one of those decisions? 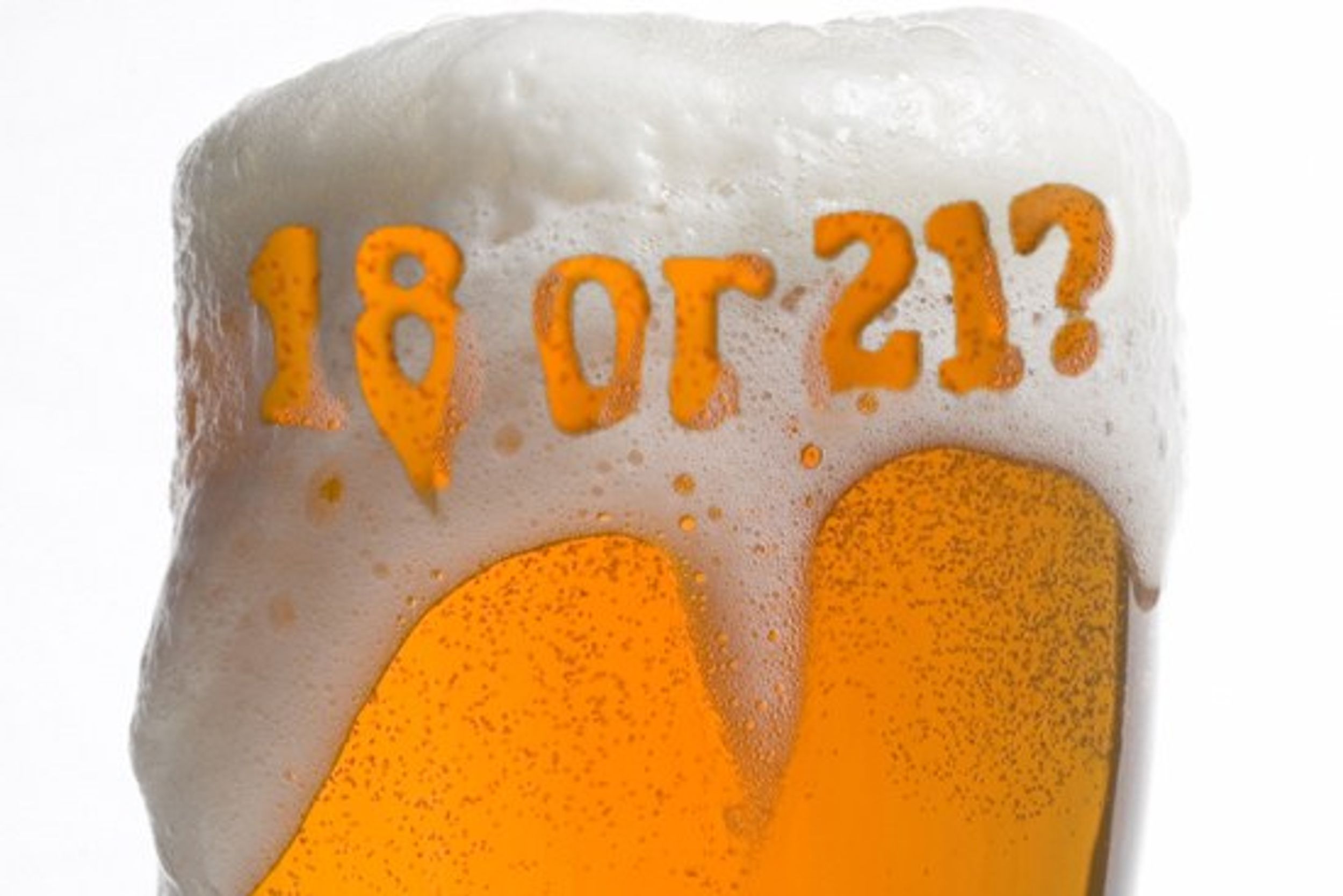 There has always been a huge fascination with alcohol. We know that it can damage our bodies and have serious side effects, but this is why our fascination with alcohol needs to be noticed, and the age limit should be lowered. Countries across the globe have legal ages ranging from 16 to 18, to no age limit at all, which makes the United States the only country in the world to have an age limit set to 21. Children, who grow up in countries with lower age limits, learn their limit of consumption, they don’t go out and get wasted every weekend, and they drink in safe environments. They are raised around alcohol and are raised by people who have no fascination with it because alcohol is simply a part of life.

1. If you can vote, serve your country, and marry at the age of 18, you should be able to consume alcohol.

The age of 18 is a significant age for most American teenagers. You can serve your country as a member of the military and you can vote for the people who run your local, state, and national governments, so with that being said, you should be able to relax with an alcoholic beverage once in a while, right? Alcohol, when used responsibly, is a great way to unwind from adult stressors in life, and if you are able to make so many other important decisions in life, you should be able to make the decision to drink responsibly.

2. You can purchase cigarettes and tobacco products at 18.

More than 480,000 people die each year from smoking cigarettes, while drinking causes nearly 88,000 deaths per year. As these are both high numbers, deaths caused by smoking is nearly 4 times higher than drinking, but yet, 18 year olds can still purchase cigarettes and tobacco products. Both are "killers," but what sense does it make for the products with the most deaths be legal at a younger age?

The majority of underage drinking occurs at house parties, in frat houses, or in your friend’s barn back in the woods. These types of parties encourage binge drinking and can lead to dangerous situations like jumping off the roof or destroying a beer pong table. Now don’t get me wrong, lowering the drinking age won’t limit the amount of “ragers” thrown, but it can lower the amount of stupid decisions because they will have more of a tolerance from learning responsible drinking at a younger age.

4. There are fewer drunk driving accidents in countries with a lower drinking age.

People who want to drink alcohol underage will find a way to drink alcohol. It is not hard to find alcohol and whether the drinking age is 21 or 18, there will still be underage drinkers. However, some underage drinkers get their hands on alcohol and drink it like water because they aren’t sure when the next time they can drink again. So instead of forbidding the alcohol, why not give them what they want in a regulated environment since they are just going to do it anyways.

6. Lowering the drinking age would be good for the economy.

According to The National Center on Addiction and Substance Abuse, underage drinking accounts for about 17.5 percent of consumer spending in the U.S. If you put that into numbers, that is 22.5 billion dollars per year. If more people could buy alcohol legally, it would boost the revenue even more. More people would also be legal to drink in bars, restaurants, and other establishments, which would boost tax revenue as well.

7. Lowering the drinking age would result in more public drinking, making it easier for law enforcement to regulate it.

8. Many states already allow alcohol consumption under the age of 21.

I am not saying that lowering the age will take away the problems with drinking. Consuming alcohol will always require responsibility and too much consumption will always cause problems. There are problems with lowering the legal age, but in my opinion, the pros outweigh the cons. The fascination with alcohol won’t go away instantly if the limit is lowered, but young children will gradually start learning alcohol safety and the right ways to enjoy alcohol, which is all we really want in the end.