Few can compete with this incredible show! 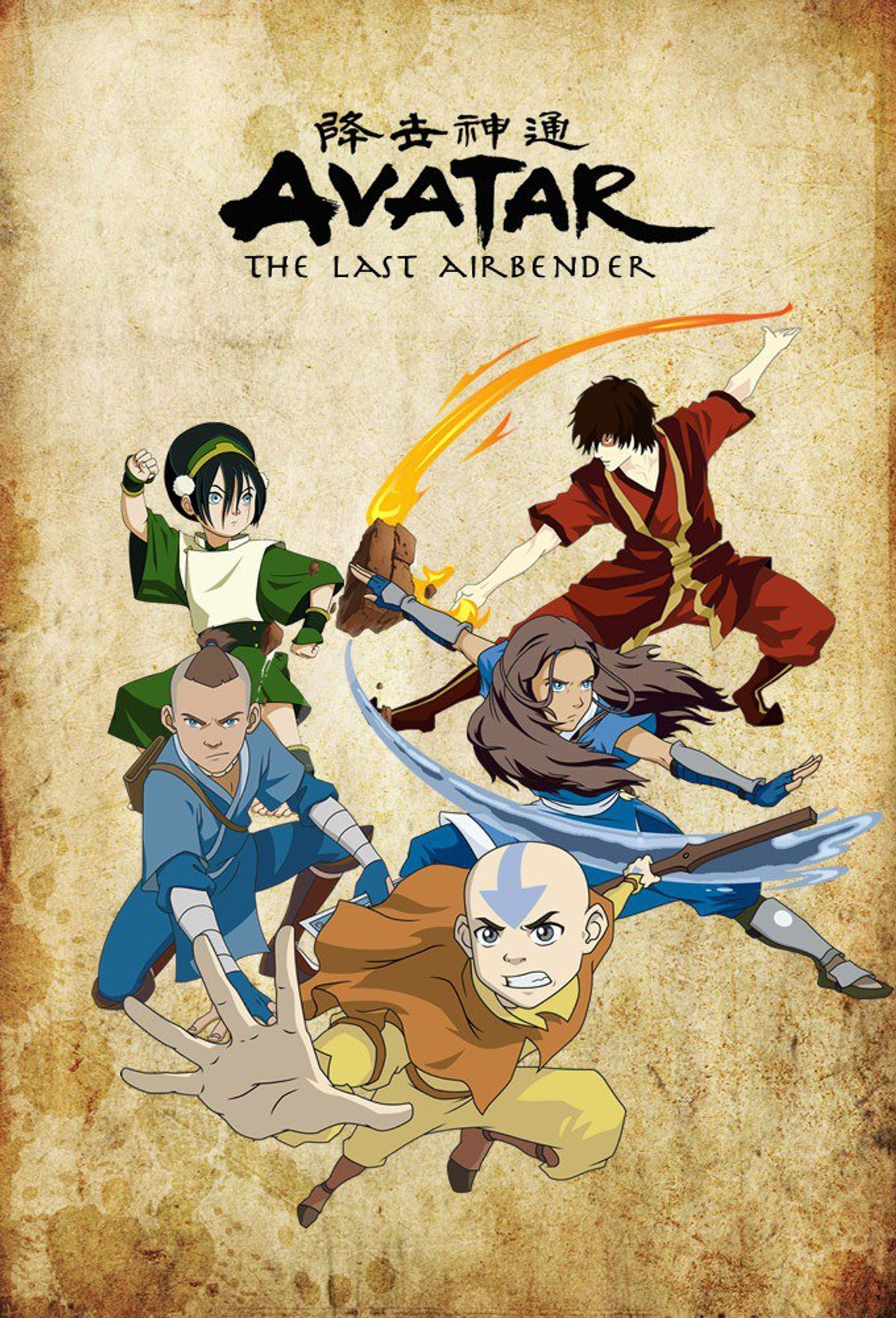 Airing from 2005 to 2008, Avatar: The Last Airbender is an animated show taking place in a universe with four nations: The Air Nomads, the Water Tribe, the Earth Kingdom, and the Fire Nation. Each nation has specific bending abilities, and only one person (the Avatar) has the unique ability to bend all four elements. It is the Avatar's job to keep peace and balance in the world. This show was one of the most creative and engaging animated programs I've seen, with a great plot and interesting characters. There was a sequel series called Legend Of Korra, which follows the story line of the next Avatar and was also excellent, but nothing beats the original! If you've only seen the disgraceful live-action movie in 2010, allow me to enlighten you as to why we fans consider Avatar: The Last Airbender to be one of the best animated shows ever made:

1. The show has a rich and thorough plot line.

Unlike a lot of animated shows targeted at younger audiences, Avatar: The Last Airbender is one of those shows whose story is complex and actually builds up to a climax. The creators have taken the time to delve deep into the personal histories of the characters and created a story which talks about loss, the battle of good vs. evil, and it has an ultimate end goal which develops throughout the seasons.

From women who have been emotionally broken down to tenacious earthbenders to villains who are some of the most formidable fighters, the show does not shy away from breaking gender stereotypes. These ladies know how to fight and make themselves stand out!

Azula: Even though she is both a woman and the Fire Nation Princess, she’s no damsel in distress! She does not rely on bodyguards to help her; nope she can defend herself and kick other people’s butts without breaking a sweat, making for a pretty terrifying antagonist.

Toph: Toph wasn't about to let a little thing like being a girl stop her from becoming an Earthbending master, nor was she going to be feminine just because she was supposed to be. We wish we could be half as cool and rebellious as Toph Beifong.

Katara: She was able to be both nurturing and kind but strong and fierce when she needed to be. She couldn’t care less about gender norms in the Northern Water Tribe; she was going to become a master Waterbender whether they liked it or not!

This description needs only one word: TOPH. A twelve-year old blind girl wholiterally learned Earthbending from Badgermoles! She developed Metalbending, a completely new skill, ON HER OWN. And she trained the Avatar! “Weak” is the last word I would use for her. I'm pretty sure the only reason the finale wasn’t a battle between her and Ozai was because no one wanted a finale that would end in less than five minutes.

4. An incredibly diverse and complex universe.

From the concepts of Waterbenders, Earthbenders, Airbenders, and Firebenders to the Spirit World vs. the physical world, Michael DiMartino and Bryan Konietzko outdid themselves when coming up with the Avatar series. The incredible martial arts forms for each element were unique and tailored to the strengths of each nation, and the plus the overarching storyline was nothing like any animated show that has been made!

5. Not being a bender does not make a person useless or weak.

I don’t think I could count the number of prominent characters on the show who were not lucky enough to be born with bending abilities who were still amazing fighters and other strengths. In fact, many antagonists on the show would not even consider them as threats. But most of them have proved that not being a bender is never an obstacle, instead honing their other skills to make them invaluable characters!

Sokka: An outstanding warrior with great planning skills, plus the guy really knows his way around a sword and a boomerang!

Suki: She trained the Kyoshi Warriors, making us wish we could be half as fit as her. Anyone wanting to take her down would be in for one heck of a fight.

Mai: Can we just appreciate how terrifying she is? I don't think I've ever seen anyone so skilled with knives and stilettos! Not having the ability to bend wouldn't stop her from being able to slice you into pieces.

Ty Lee: Who needs bending when you're a circus acrobat? Plus her chi-blocking skills would basically leave you paralyzed and at the mercy of her, Mai, and Azula.

Jet: His skill with hook swords were enough to send anyone, even the Fire Nation, running for cover. He proved that natural ability and practice can make one just as formidable an opponent as any bender!

I feel like this needs very little explanation but from day one Iroh was that fountain of wisdom that we were all able to relate to. He wasn’t without his faults, of course, which made him even more human. I can’t count the number of times I’ve wished he could advise me when I’m stuck. Let’s be honest: We all need Uncle Iroh in our lives!

This series had some of the most beautiful and detailed animation out of any animated show I’ve ever seen. The battle scenes and the bending animation was incredibly detailed and precise. Various forms of Chinese martial arts were used for specific bending styles and it made for a real visual treat!

From Aang's guilt at having abandoned the Air Nomads and allowing them to be killed, to the loss of Katara's mother to the Fire Nation, to Zuko's internal struggle and betrayal of Iroh, to Ozai's Hitler-like regime in wiping out all the other nations, the show touches upon some very adult-like themes, many of which can be relatable. Plus there is also some excellent humor!

So what're you waiting for? Time to binge watch!