There’s something about the ridiculousness that makes it so great, right? 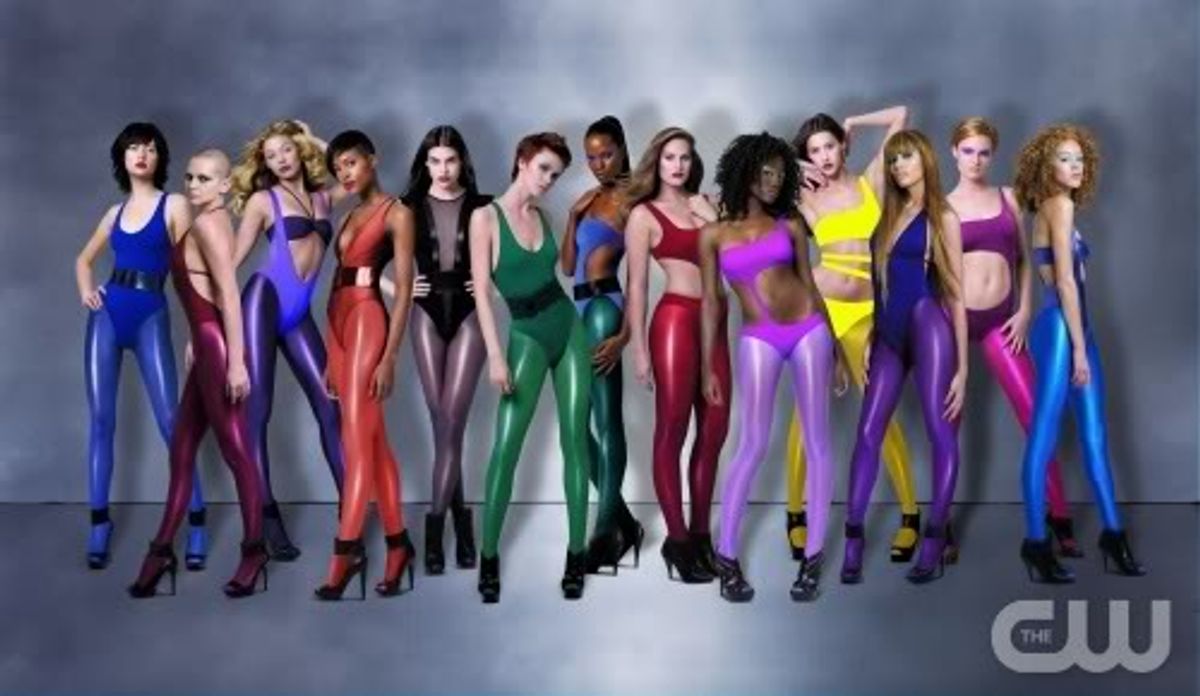 We all have one: that one show we watch that we don’t like admitting to anyone. Well, "America’s Next Top Model" is mine. I love ANTM—way too much. I got into it watching reruns a few years ago and ever since then, I’ve DVRed every new season to watch while working through my problems. Because, seriously, ANTM makes life feel so much more bearable. Unfortunately, with the ending of Cycle 22, the show is being cancelled. So, in honor of the show’s cancellation, I’d like to say that ANTM is the best guilty-pleasure show I ever had. Here’s why:

ANTM got exponentially more enjoyable to watch when men were allowed to compete as well, for reasons I don’t think I need to lay out for you. But even before that, watching beautiful women dress up in ridiculous costumes somehow reiterates the idea that every woman is beautiful and these models take hours to look as perfect as they appear to us. There’s something so comforting to realize that aesthetically perfect human beings have flaws, too.

Tyra Banks, Kelly Cutrone, Miss J: They’re all so uniquely hilarious and work so well together. Half of what Tyra says, you agree with, and the other half, you’re like, “Um, what?” Kelly Cutrone’s cutthroat bluntness is a goal for us all. She’s so comfortable with herself that she has no problem taking someone down a few notches. And Miss J is just Miss J. Her overall sassiness is enough of a reason.

Kelly Cutrone comes in again here, and Yu Tsai, the enthusiastic photographer. They aren’t afraid to tell someone their picture is horrible or that they aren’t cut out to be a high-fashion model (like most of us aren’t). The level of honesty in this show is so refreshing.

Cycle 21: Romeo gets kicked off for head-butting someone. Cycle 4: Tyra flat-out yells at Tiffany at the judging panel. The general dysfunction that occurred when men were introduced to the competition and the craziness that is the model house makes me thankful to have a less crazy living environment.

5. The general stupidity that is the main highlight of the show.

Other than the modeling, of course. Yes, it’s a common stereotype that models are dumb, but I don’t think that’s necessarily the case. I think people in general are pretty dumb, and if you’re being recorded 24 hours a day for months at a time, you’re going to do some dumb things. It’s just so satisfying to see the stupid things that the contestants say and do.

6. The words Tyra makes up.

Most recently, in Cycle 22, Tyra dyed half of model Shei’s hair platinum blonde, while leaving the other half its original black. In Cycle 21, Denzel got a beard weave. Yeah, so basically they glued a beard onto his face. It didn’t work out that well, as you probably could have guessed. In Cycle 10, Tyra gave model Marvita a horse-mane-looking haircut, involving super high volume on the top and long hair in the back. So basically a mullet, but maybe worse. Going back to the men, in Cycle 20, Tyra gave Phil a weave, making him look a bit Jesus-like.

It’s no secret that Tyra Banks is an incredibly successful woman, mostly from her career as a model and an actress. But she’s begun to stretch herself to new ventures, by making multiple music videos, a book, a short film as an advertisement for said book, and a cosmetic line. I could keep going, but I’ll spare you. Half of me uses this as some cheesy inspirational poster, like, “If you can dream it, you can do it!” But the other half of me wants to use Tyra’s planning in the opposite way—if you find something you love and that you’re good at, stick with it!

With the wrapping up of this final cycle of "America’s Next Top Model," I’ll definitely miss the craziness, the schemes, and the drama, and I’ll have to find a new show to binge-watch. Thank you, Tyra Banks, for creating this entertaining, realistic show about beautiful people, competing to be the most picturesque. I’m eternally grateful.