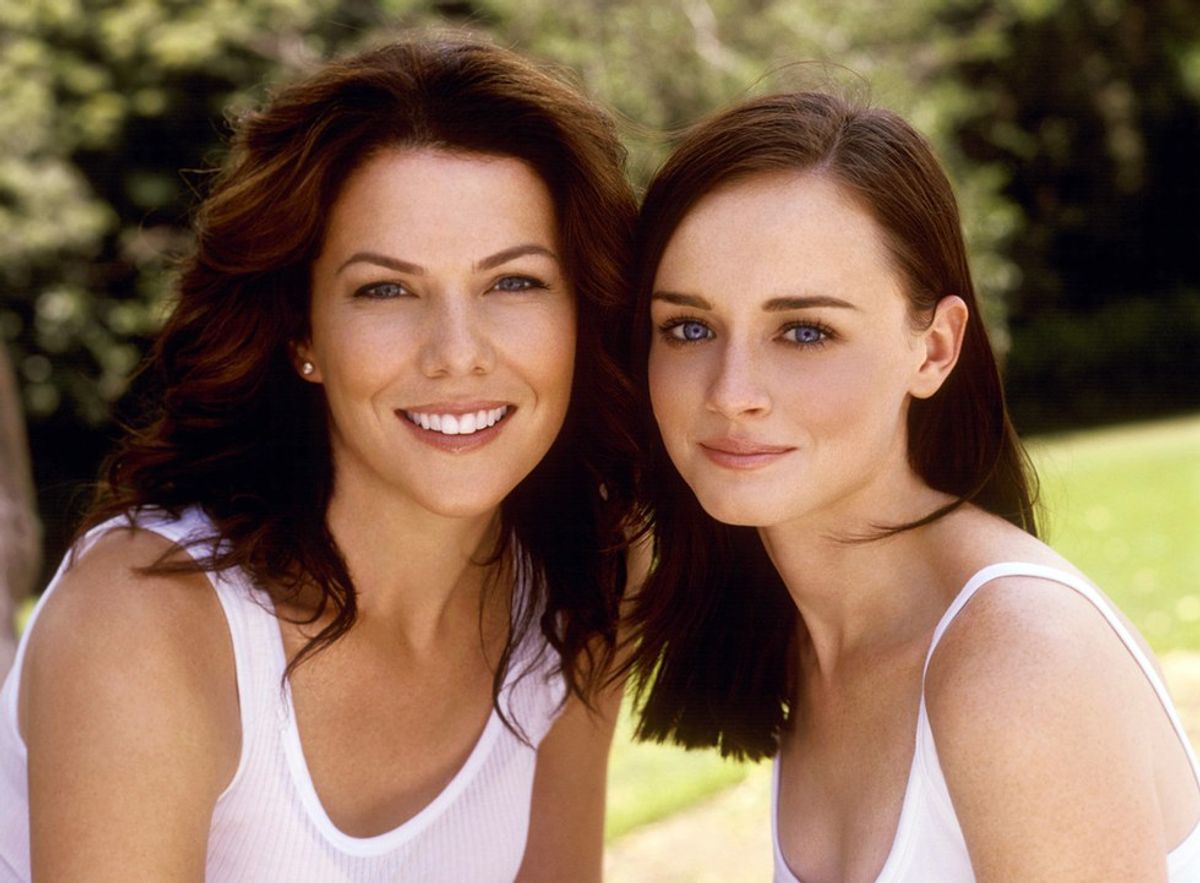 Recent news of the "Gilmore Girls" revival has given me unparalleled elation, but unable to wait for the premiere, I decided to journey back to Stars Hollow a bit early for a refresher of all things Gilmore. This most recent viewing of the series felt a bit different for me because it was the first time that I had watched the show since beginning school at Yale, the very same institution that our beloved Rory also attended. Eager to compare the fictitious Yale to the real deal, I waited four seasons for Rory to set foot on the cobblestone that I now call home only to discover that not everything Amy Sherman-Palladino led us to believe about Yale was entirely true. While I of course still love "Gilmore Girls," here are eight ways that the writers misled us about Rory’s college experience:

Similar to Hogwarts’ housing, each student at Yale is placed into one of 12 residential colleges within the university which they will belong to for their time at Yale. During freshman year students live in the Old Campus dorms assigned to their residential college and throughout the remainder of their time at school they live inside the residential college itself. Rory was placed in Branford college but lived in Durfee her freshman year. Any true Yalie can tell you that if Rory was in Branford then she would have actually lived in Vanderbilt Hall during her freshman year. This may seem like a meaningless difference but it is one I’m sure that Yalie fans of the show are eager to point out.

One of my favorite things that Logan ever did was when he gave Rory the coffee cart but sadly these coffee carts do not exist. I’m sure that the coffee carts were written into the show as a way to satisfy Rory’s love for coffee during her time at Yale but unfortunately there aren’t artisan coffee carts around every corner so instead we’re stuck with the d-hall coffee. We do have a crepe cart though!

When the Gilmore family travels to Yale for The Game there is a scene where Richard gives a stirring toast to a stuffed version of Yale’s mascot, Handsome Dan. While our mascot is Handsome Dan, there is not a stuffed version of him prominently displayed in the middle of campus for everyone to see on their way to class. However, what many Yalies may not know is that there actually is a stuffed Handsome Dan and he resides in the trophy room of PWG where “he is a perpetual guardian of the treasures which attest to generations of Yale athletic glory.”

Palm trees can often be seen during Rory’s time at Yale because "Gilmore Girls" filmed much of Rory’s time at Yale at a fake campus built in California. I wish we actually had those palm trees and that it was always sunny but alas, I must keep my rain boots and jacket around at all times because that’s life in the real Elm City.

When it comes to time management Rory seems to defy all logic. I know that everyone has a different schedule but there is just no way that hers adds up. Between going to Hartford every Friday night, frequently going home to see her mom, being editor of the YDN, maintaining a serious relationship with Logan and taking a full year off, it is seemingly impossible that she could have graduated on time. Hats off to you, Rory.

When Richard is showing Rory around Yale, he remarks that it has “the most delicious pot roast you’ve ever tasted.” While the food may be better than some other colleges, I would hardly describe any of the food here as the best I’ve ever tasted. In that same breath Richard also told Rory that the Timothy Dwight dining hall is “his favorite building in the whole school” which erases almost all of his credibility so I’m nearly certain that this phantom pot roast does not exist.

On the subject of the dining halls it is also prudent to mention Rory’s campus job. During her time at Yale, Rory worked as a card swiper in the dining hall and while there are many jobs for students at Yale, that is not one of them. Though Rory’s job is not accurate, the dining hall itself is nearly a perfect replica of our very own Calhoun dining hall.

8. Rory Wanted to go to Harvard

Perhaps the most egregious lie in the entire show is that Rory ever thought she wanted to go to Harvard when Yale was on the table. Bulldogs all the way, simple as that.