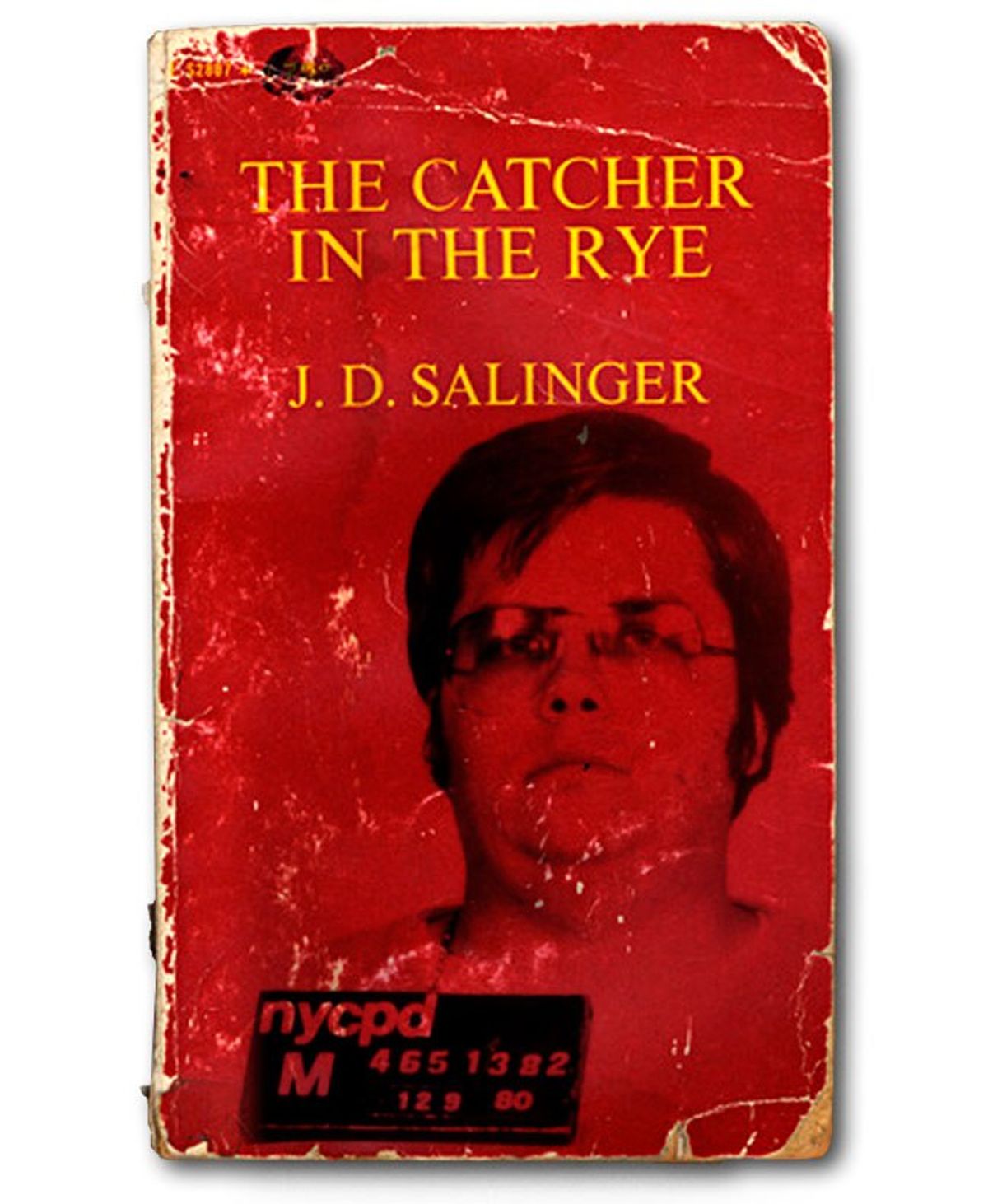 The best books are the ones that make you see the world differently than you did before you started reading. Unfortunately for J.D. Salinger among others, they didn't know their novels would inspire some of the most infamous, gruesome crimes in history. And this list doesn't even comprise half.

Holden Caulfield has become the symbol of teenage angst and identity as he is kicked out of school for poor grades and then embarks on a journey of self-discovery through New York City in which he observes phonies, life, familiy, hookers and

This book has inspired multiple murders, most notably the infamous murder of John Lennon by Mark David Chapman. Chapman identified with the book so much that he considered Lennon's murder to be the 27th chapter in the 26-chapter book. He even quoted a line from the novel at his trial and wrote "this is my statement" on the inside cover of the copy recovered from his jacket pocket during his arrest.

John Hinckley Jr.'s assassination attempt of former president Ronald Reagan was apparently inspired by his unrequited love for Jodie Foster and the movie Taxi Driver but a copy of The Catcher in the Rye was also found in his belongings.

In 1989, Robert Bardo murdered actress Rebecca Schaeffer and upon investigation of his belongings, authorities also found a copy of Catcher.

The "Satanic Verses" mentioned in the title refer to Satan tricking Muhammad into worshipping three goddesses in addition to Allah, though these passages don't actually exist in the Quran. "Mahound" is the name of a character in the book, which is a derogatory name for Muhammad used by Christians during the Crusades.

In February 1989, six Pakistani protesters against the book died, quickly followed by twelve others during a march in Mumbai.

A Japanese translator of the book was murdered in 1991.

A hotel fire in Turkey intended for another translator killed 36.

An Italian translator was stabbed but survived.

A small newspaper company in the Bronx, NY, The Riverdale Press was burned to the ground after publishing an editorial defense of the novel.

Frederick Clegg is a butterfly collector with severe Asperger's Syndrome. He grows lonely and captures Miranda, a girl he has been obsessing over for some time, and adds her to his "collection."

Serial killer Christopher Wilder captured and killed 8 young women in the 1980s and was found to have the book in his possession when he shot himself.

Robert Berdella, the Kansas City Butcher, captured and killed at least 6 men in the 1980s.

Leonard Lake and Charles Ng, who were inspired by the book, tortured and killed nearly 30 women before being caught.

4. The Fashionable Adventures of Joshua Craig by David Graham Phillips (1909)

Drawing on his personal life, Phillips wrote a story about a young man who comes to Washington and is immediately presented with money, power and women.

Fitzhugh Coyle Goldsborough shot the author six times when he became suspicious that Phillips had based one of the characters in the book on Goldsborough's sister in an attempt to defame her. He then turned the gun on himself.

Charlie Decker kills his teacher and takes his classmates hostage into what soon becomes a group therapy situation.

In 1988, Jeffrey Lyne Cox ordered the teacher out of the room and then held his classmates hostage until other students knocked him to the ground and saved themselves without any loss of life.

In 1989, Dustin Pierce took his algebra class hostage for nine hours after reading the book.

In February 1996, Barry Loukaitis used a rifle and handguns to take his class hostage and then killed three while quoting Rage.

In 1997, Michael Carneal killed three and wounded five members of a prayer group at his high school; a copy of the book was found in his locker.

In 1999, Stephen King asked that the novel never be printed again.

In 2007, 14 year old Michael Hernandez stabbed a classmate to death, claiming to mimic the protagonist with permission from God.

In future England, Alex and his "Droogs" spend nights getting high before embarking on sprees of violence.

John Ricketts, dressed as a droog, assaulted a woman because she was 'taking up too much space on the dance floor.'

Published in weekly installments, the plot revolves around an ex-university professor's plan to destroy the Greenwich Observatory in London with dynamite.

Ted Kacynski, the Unabomber, was known to read Conrad's works repeatedly. As a result of the similarities between Kacynski's personal life and The Secret Agent, the FBI recruited Conrad scholars to help them better understand the Unabomber's campaign and motives for mail-bomb terror.