8 Beers To Sip On This Fall

Grab a case or order at the bar. 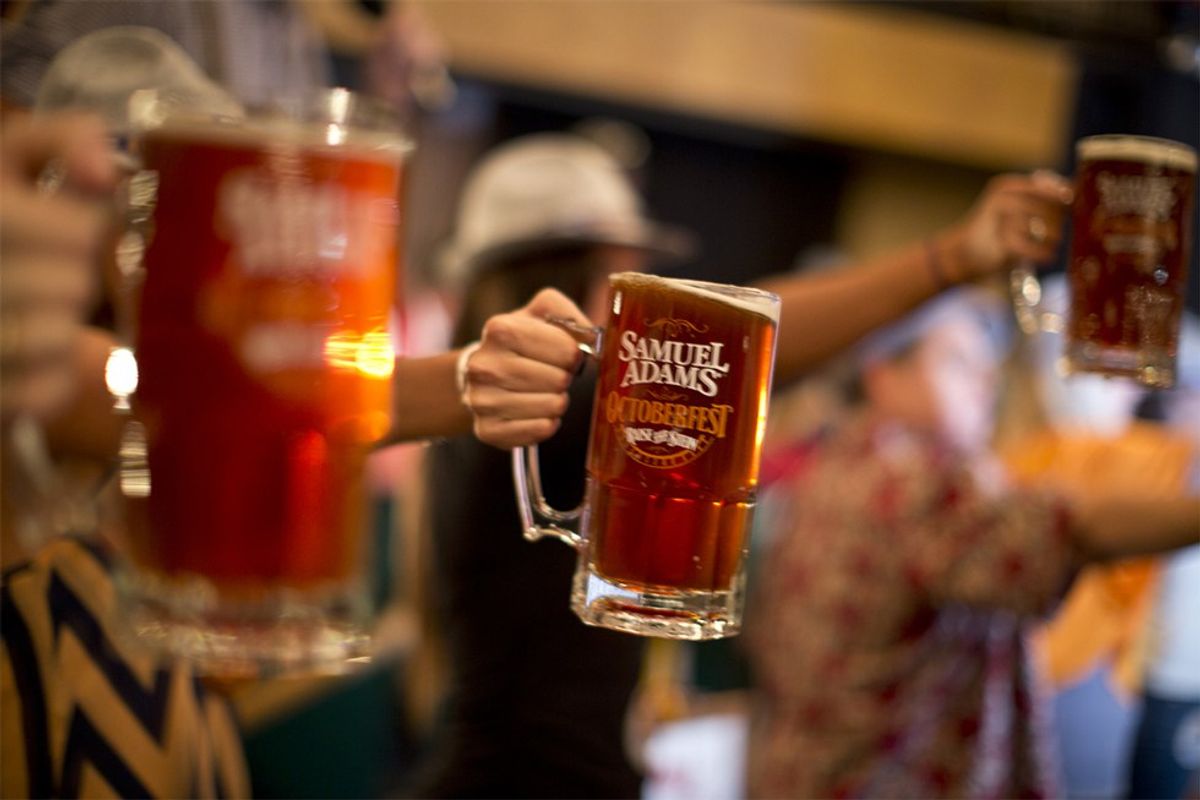 October is finally here, the weather's getting chiller, and the delicious Fall treats are back. The only thing to complete this season is to crack open a tasty beer with a little hint of fall in every sip.

This Michigan based beer will start you off with a juicy hop and a kick of citrus. Founder's Harvest Ale has a ABV of 7.0% and will leave you with some malt undertones. It has been named on of the best hoppy beers of the season.

Alesmith Brewing Company is known for this speciality seasonal beer. It gives you a taste or caramel malt to smooth out the citrus hops. It also has an ABV of 6.66% and the biggest twist, it pours out blood red. It's perfect for Halloween.

This ale focuses on pumpkin pie spices and vanilla to create the pumpkin feel. There is 5.5% ABV and gives a quick taste of squash with the orange hue. This seasonal pumpkin ale is one of the favorites at Iron Hill.

Bruery created this brown ale by combining many different taste together. Some of the different flavors are maple syrup, vanilla, molasses, cinnamon, and nutmeg. It's no wonder why the ABV is 10%.

Shipyard Pumpkinhead is known to go well with a cinnamon sugared rim or a shot of spiced rum. It has a ABV of 4.7% and is a wheat ale with a spiced flavor.

Everyone knows the classic Angry Orchard taste but the Apple Ginger Angry Orchard gives it a twist. This gluten-free cider taste like just like what is sounds like, a blend of apples and ginger.

The Dead Ringer has a ABV of 6% and is a dark reddish brown ale. It gives a sweet caramel toffee aroma and would taste great with butternut squash soup.

A classic Northeastern favorite, Octoberfest is a deep red amber color and has an ABV of 5.3%. It has many malt flavors with a smooth caramel taste at the end. This is a beer everyone is picking up off the shelf and ordering from the bar this fall.

Nicole Marie Nigro
Individual Creator
4390
c1.staticflickr.com
Where to start...... Let me start with the cliche that life throws us curveballs and what we do with it is what counts.