7 Simple Tips To Improve Your Writing

7 Simple Tips To Improve Your Writing

Before you write that note, send that email, or publish that article, give your piece a quick edit using these easy strategies. 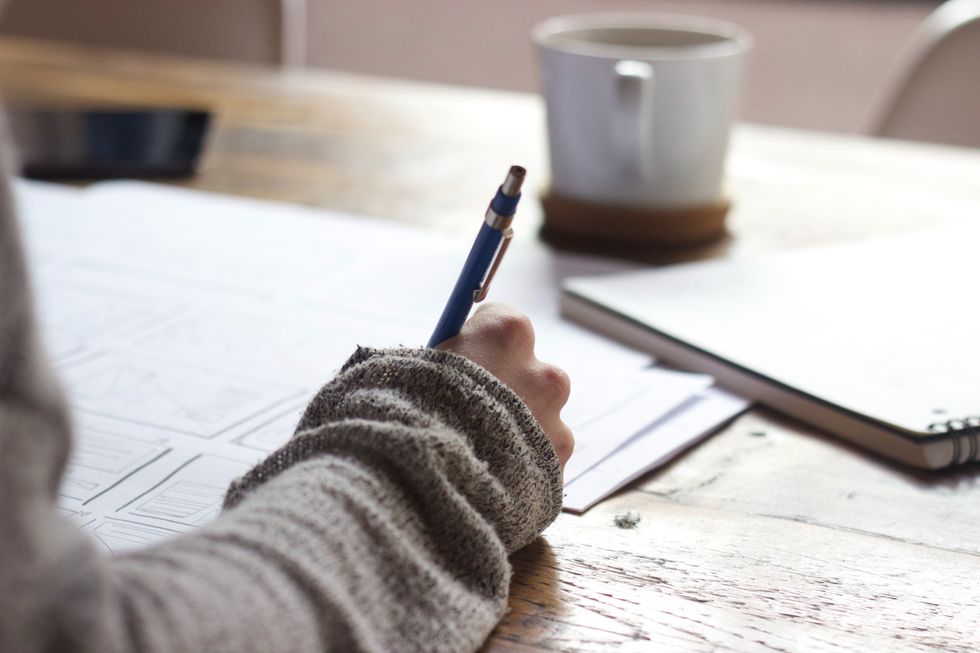 Photo by Green Chameleon on Unsplash

When any human writes, they make mistakes. I know I usually don't have the patience to rewrite over and over, or to seek out every mistake I've made — I'd be stuck editing forever. Instead, check out these seven short tips for easy grammar tests and important pieces of information to kick your writing up a notch.

Words like "really," "just", "actually," and "so," among others, don't quite serve a purpose in conveying your message. They are effective in giving your writing a conversational tone, and might be apt for your informal writing, but you're better off without them.

Use the correct conjoining punctuation.

Often, I find myself torn between using a dash, a colon, or a semicolon (or even, dare I say, a comma!). Here's a mini-guide for using different types of punctuation:

Use dashes when you're putting emphasis on your material. What you dash off can be a clause, a sentence fragment, or even an entire sentence, if you're careful. Remember that a dash (—) is longer than a hyphen (-).

Use colons when you're setting off a list, a noun or noun phrase, or otherwise referring in a former clause what you detail in the latter. The material preceding a colon needs to be a complete sentence on its own, so use that as a test if you're uncertain of what to use.

Use semicolons when you're joining two separate but related sentences, or when you're separating items in a list where the items themselves contain commas. Again, test your semicolon use by checking if each separate part can stand alone.

Sentences beginning with "I wonder" or "Guess" should end with a period, not a question mark. Even though you might querulously intone such a sentence, it's still a declaration (in the case of "I wonder") or an imperative (in the case of "Guess").

For example, you might say: "I wonder what's for dinner."

Not: "I wonder what's for dinner?"

Remove the "s" in "towards" or other directional words.

Change your sentences in the passive voice to the active voice.

I found this strategy confusing for a while, because I'd have trouble identifying what the passive voice even was.

In short, a sentence in the active voice would be structured beginning with the actor (a noun), then the action (a verb), and lastly, the subject of the action (another noun). In the passive voice, the actor and the subject are switched; the sentence reads as if something was done by the actor. It's not nearly as strong as the active alternative.

A memorable trick I learned from Benjamin Dreyer's book Dreyer's English is to try appending the phrase "by zombies" to the end of your sentence. If you can, and it reads sensibly, then you've written in the passive sense.

Another trick is to look for the word "by" in your sentence. This isn't as reliable a test, but if you find a "by" and your sentence ends with a verb in the past tense, it's probably passive.

Think about how you're writing numbers.

In dialogue, however, you should avoid using numerals, and use numbers instead.

Spell-check beyond the automatic spell-checker.

There's a lot of words that I tend to mix up, like anymore/any more or continual/continuous. Surprisingly, these little differences do create different meanings. Check out this article for 6 pairs of words you're probably confusing for one another.

By adding these tips to your writer's toolbox, you're bound to build stronger pieces and your messaging will be much more effective. Of course, there's always exceptions to any rule; if what you write makes sense, trust yourself.