“Well isn’t that the pickle on the giant crap sandwich that is my day.” 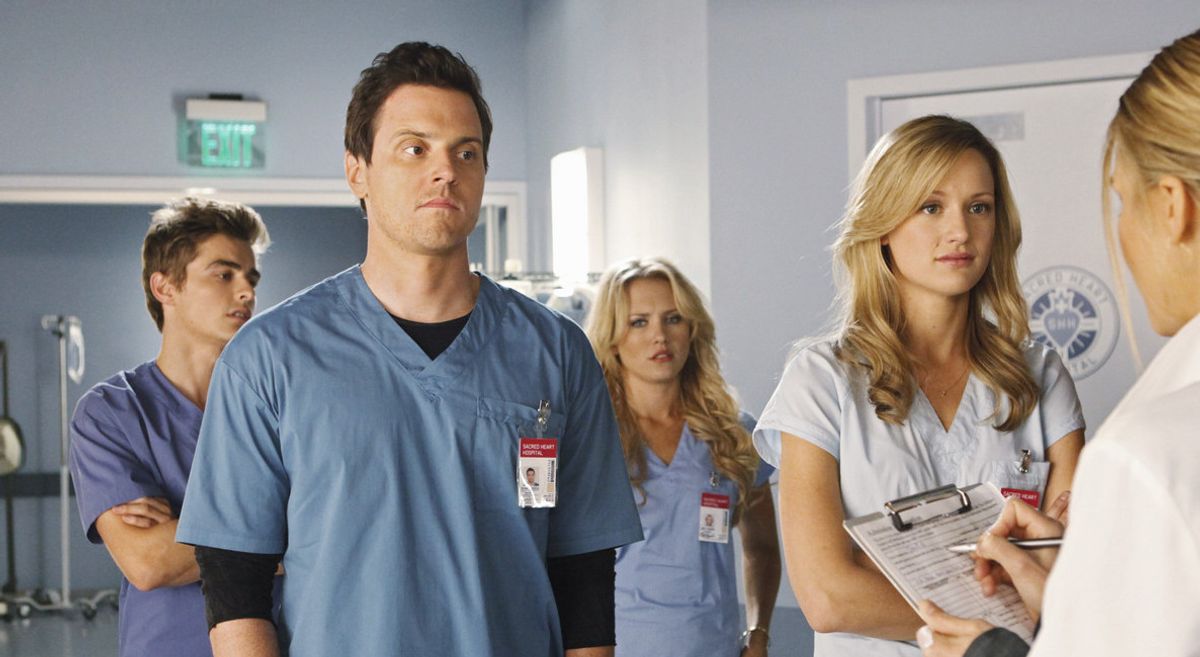 There are way more than seven reasons to watch Scrubs, but the title says seven… and I’m sticking to it. Here we go.

Laughter is good for your health, and I’m sure the cast of young doctors on the show would agree. But if that’s not enough for you, check out what some real doctors have to say about the benefits of laughter here. Though the show can get deep, J.D. and company will make a direct connection to your funny bone. It’s just what the doctor ordered.

All bros (and bro-ettes) love a good bromance, and Scrubs definitely serves one up. The chemistry between Zach Braff (J.D.) and Donald Faison (Chris Turk) is uncanny. It’s almost like they’re best friends in real life. Oh wait, they are. Just google search Zach Braff and Donald Faison friends. You’ll thank me later.

Though the show is a comedy, it hits so many different emotional notes. One minute you’ll be laughing, the next, holding back tears. By the end of any episode you watch, you’ll feel like you actually just experienced something more than just a few cheap laughs with some ads in between.

Scrubs ain’t no joke. Here are a few, by a few I mean a ton, of names you’ve probably heard before.

Kerri Russell (Dawn of the Planet of the Apes)

Michael J. Fox (Back to the Future)

You get the idea- There is a crapload of famous people in Scrubs. And that’s not even the whole list.

Scrubs is great in this regard. We follow the loveable (or hate-able, your choice) J.D. through his trials and tribulations from an intern, fresh out of med school in season one to residency director, teaching interns in season nine. Every season is packed not only with laughs, but valuable life lessons to boot. It’s a win-win. The show is known for relying heavily on J.D.’s inner monologue to tell a fuller, more personal story.

Aside from hilarious writers, countless guest stars, and a great premise, the cast is ultimately what makes the show. Zach Braff, Donald Faison, John C. McGinley (Platoon, Seven), Sarah Chalke (Rick & Morty, Roseanne), Neil Flynn (The Middle), Judy Reyes (Devious Maids) and Ken Jenkins (I Am Sam) have an undeniable chemistry that kept the show going from 2001 to 2010. The show is just not the same without each and every one of their characters in it, which is rare.

One last proof of Scrubs’ worth: countless awards. The show has been nominated for 130 different awards and taken home 32. To boot, the show has a rating 8.4/10 on IMDB.com.

If you’ve seen the show, you know what I’m talking about.

If you haven’t, I’m writing you a prescription:

Take Scrubs on weekday mornings from 7-10 on Comedy Central!