7 Reasons Why Everyone Should Work With Special Needs Kids
Odyssey

7 Reasons Why Everyone Should Work With Special Needs Kids 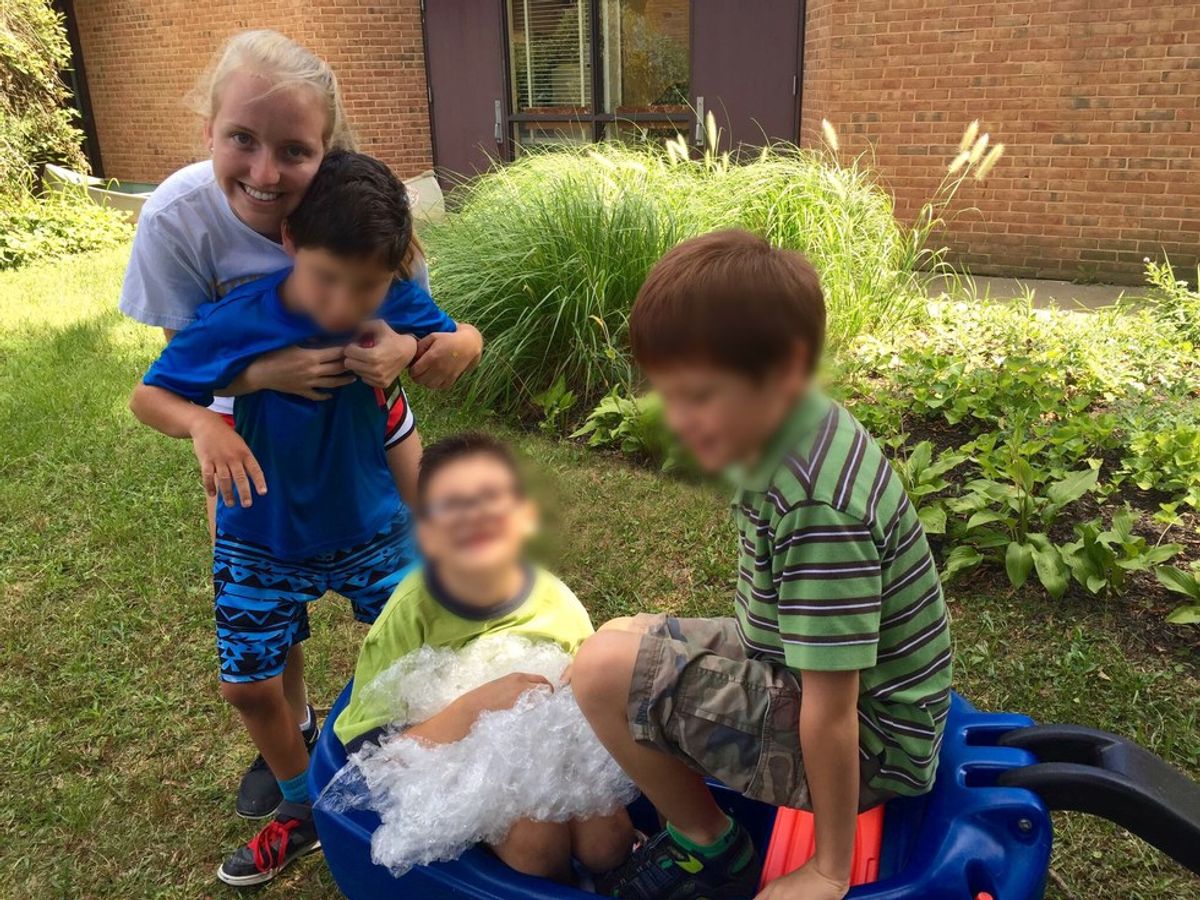 This summer I worked at a camp devoted to helping kids with moderate to severe disabilities -- and let me tell you, it was one of the most rewarding experiences I have ever had. Over six short weeks my life was forever changed by the sweetest, talented, funniest kids you could ever meet. I consider it a great privilege that I had the chance to interact with such amazing children. Society has labeled these kids as incompetent, less human, and even dumb, but I am here to tell you that special needs kids are quite the opposite. I have learned more from my campers in such a short time than any book or class could ever teach me.

1. You will witness genuine happiness.

For the most part these kids don't understand money or popularity. They couldn’t care less about what other people think and that is truly admirable. While you sat in front of your mirror this summer stressing over your “summer body”, I saw a child’s face light up because he was having animal crackers for snack. They get excited over the little things in life -- something society as a whole has forgotten to do.

2. You will experience pure friendship.

Whether you admit it or not, our friendships are built upon getting yourself ahead. Somehow, someway your friends benefit your life but for the friendships between special needs kids the benefit is sweet and pure. They don’t expect anything from their “buddy” except to play with them and have fun. The world needs more pure friendships like theirs.

3. You will work with some of the most kindhearted people.

It does take a special kind of person to work with children with disabilities. These people will be some of the nicest, patient, and compassionate people you will ever meet.

4. You're changing a child's life (even if it's only for the summer).

The kids will look up to you. They will want to be just like you and there is no better feeling than being someone’s role model.

At first you will feel absolutely ridiculous playing “duck, duck, goose” and coloring all day long but eventually you will learn to let loose and have a blast. The days spent on the playground, making arts and crafts, and eating animal crackers will take you back to your childhood.

6. You will be grateful for all that you have.

Working with special needs kids isn’t exactly glamorous. You will have to watch kids seize or be fed through a feeding tube, some can't walk and many can't talk, and at that moment you will realize just how lucky you are to be healthy enough to work with them.

7. You're guaranteed to have a day filled with countless laughs.

Whether you spend a day, a summer or the rest of your career working with special needs kids, I guarantee you will not regret it!


From Your Site Articles
Report this Content
This article has not been reviewed by Odyssey HQ and solely reflects the ideas and opinions of the creator.

Emma Hyatt
139
The Truth About My Parents' Divorce