Is it time to go back? 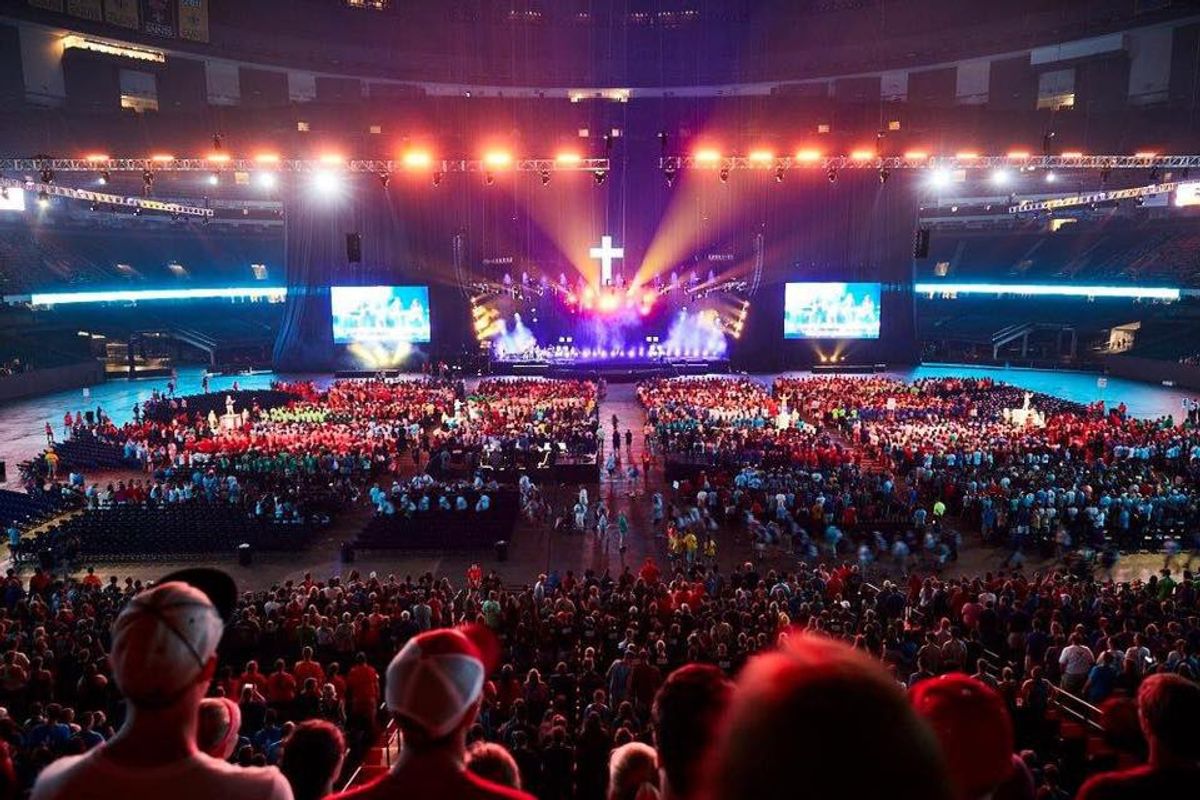 It's crazy because it doesn't feel like it was that long ago, yet at the same time it feels like it has been years. That week in New Orleans was crazy and busy, but it was worth every single second. And here, seven months later, I constantly find myself wishing I could go back to that week; wishing I could be in New Orleans again, even if it's only for a few days, and wishing that I was once again back with my team that I became so close with in such a short amount of time.

If you were a YAV at this year's gathering, you probably understand the feelings that I am talking about. You went through so many steps and a long process to get to New Orleans for this year's National Youth Gathering. You filled out forms, sent in applications, asked for recommendations, and fundraised. Then, many of you had long commutes on buses and trains, in cars and airplanes, and it all went by so quickly. You prayed for others and for yourselves, and you asked for others to pray with you.That long time that was spent preparing, waiting, and praying for the time to come went by in the blink of an eye, and now you're wishing you could relive it all again. You're wishing you had that feeling of being surrounded in the same place by thousands of believers in God. You're missing waking up each morning for Bible study and ending each night singing His praises in the Dome.

To the fellow YAV that is feeling these things, you are not alone. That week in New Orleans was full of long days, few hours of sleep, lots of walking, great friendships, and growing in faith. At times it is sad to think that this event only happens every three years--but then, remember, in three years we can do it all over again. It makes it that much more special to be in that dome surrounded by all of the people you meet. The friends you made are still there for you, even if they live halfway across the United States. The students that you taught and helped provide a good experience for still remember it, and that is in thanks to you and all of your hard work throughout that long, tiring week. You still have God, and you still have your faith; you can have the confidence that one day, in heaven, we won't have to ever leave that place of great rejoicing.

So 2016 YAVs, it was a great experience. It was long, it was tiring, and it was exhausting, but even seven months later I look back on it and think that it was worth every single second. There is absolutely nothing that I would have traded for that week in New Orleans. Because of this experience, I developed friends who are going to last a lifetime. I grew as a person and in my faith. I found lasting relationships within Orange Nation and I found one with God, all because of LCMS NYG. Seven months ago, we were unpacking in New Orleans. In two and a half years, we can do it all again YAVs. Minnesota, here we come!