Just a glance may spoil your appetite, so don't make this a lunch break read unless you've got a strong stomach! 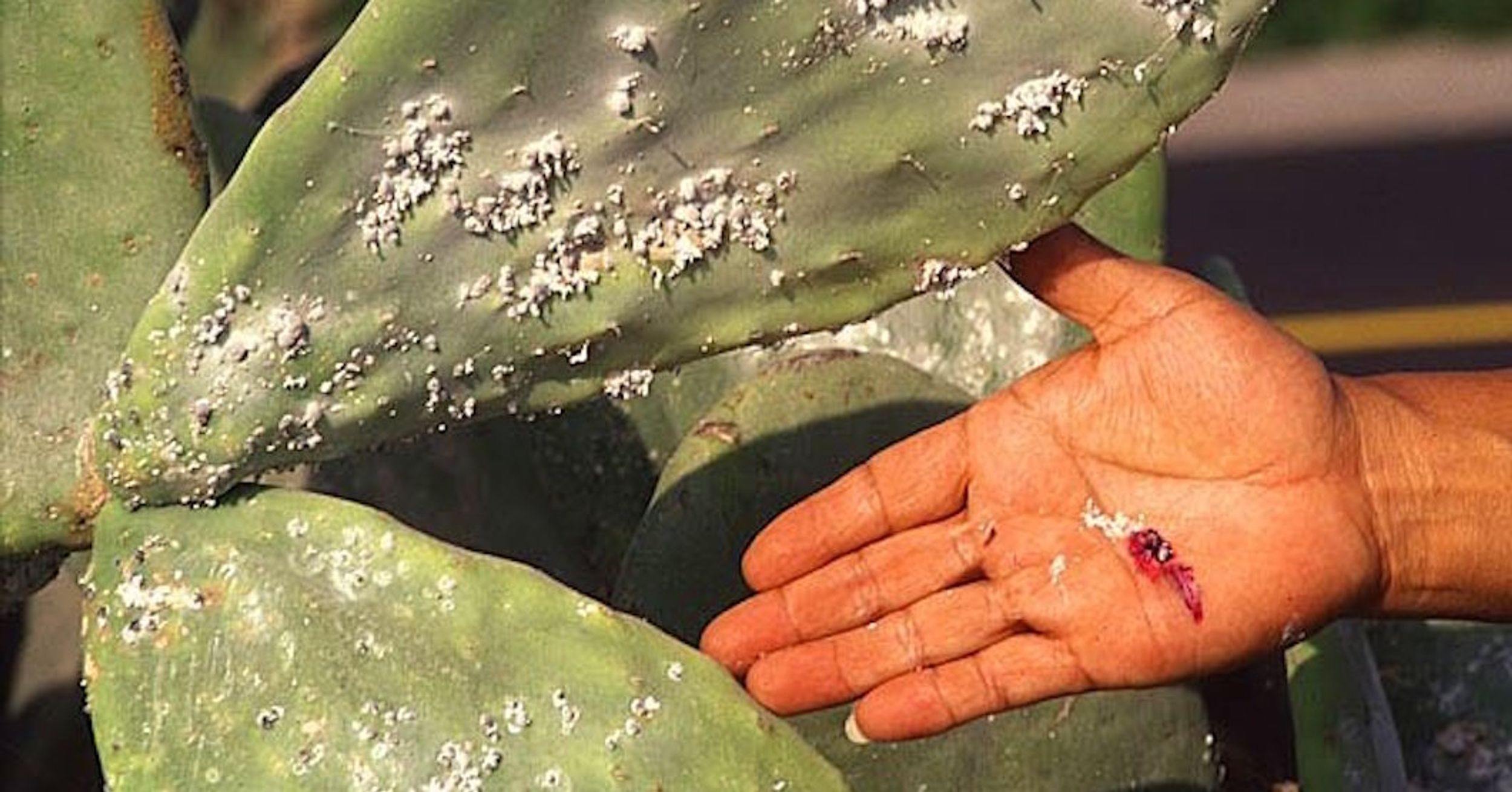 Muslims who eat halal all know that there are specific Haram ingredients to avoid, but do we know why? These ingredients aren't just outlawed because they're unhealthy, it's also because some of them are super, super gross. Here's the list of the top 7 most disgusting haram ingredients. Just a glance may spoil your appetite, so don't make this a lunch break read unless you've got a strong stomach!

Gelatin is protein obtained from cows and pigs by boiling their skin, tendons, ligaments and bones in boiling water. It's commonly present in marshmallows, yogurt, cream cheese and frosted cereals, which is why you should still check the ingredients label of every product, even if it's marked Kosher. Gelatin is also used in shampoos, face masks and cosmetics, so to all the Muslim makeup gurus out there, looks like some of your Mac lipsticks may share more than just a name with Chilli. And speaking of Mac...

Ah, yes. That gorgeous red shade of MAC's Hot Tahiti? Its color "is extracted from the insect’s body and eggs and is mixed with aluminum or calcium salts to make carmine dye (also known as cochineal)."

And when used as a food additive, it may incite an allergic reaction, trigger an asthma attack and even send you into anaphylactic shock. This became such a concern that in Jan. 2011, the U.S. Food and Drug Administration began to require that all foods and cosmetics containing cochineal must declare it on the product's ingredients list. This ingredient is also present in some food products by brands like Yoplait, Betty Crocker, Hot Pockets and Werhter's.

I can already hear you gasping, "No!" And as always, I'm here to tell you it's much more worse than what you're thinking.

L-cysteine helps make dough stretchy and workable, like pizza dough and bagels. But what's the secret to that elasticity? Not weaves — oh no, we want to keep this organic as possible, with real human hair. And not just human hair but also duck feathers (specifically Chinese and Indian ducks, oddly enough) and hog hair.

If it's any comfort, know that the hog hair is only swirled into the mix if there isn't enough dark hair and duck feathers to go around — not that you would really taste the difference. Since L-cysteine is considered a "reaction flavor," the Federal Department of Agriculture (FDA) does not require it to be present on ingredients lists if it has been used to create the final product, like with pizza kits.

Of course, there are synthetic and microbial (read: not-human-hair-version) of L-cysteine available as well, but they're pricey and not many peasants like us common folk can afford. Fast food chains are the least likely to dish out a dime for higher quality L-cysteine, especially not when they can just leave their cheap version of the ingredients list so you can easily block it out of your mind. Customer service at its finest, eh?

This one's very common, and you may be thinking, "OK, human hair one I get, but alcohol? Non-Muslims drink that fresh from the bottle all the time!"

Yeah, and it tastes nasty. All those fancy schmancy drinks you've heard of? Martina, margarita, jagar bomb and so forth are all alcohol mixed with something else, and sometimes, that something else is orange juice (vodka + orange juice combo — because apparently, that's a thing now). No one drinks alcohol straight unless they're hardcore, and in that case, they may also be hardheaded because the negative effects of alcohol are innumerable, including stroke, high blood pressure and cancer.

Alcohol tastes sickening for a reason — it's made from fermentation, which is the professional synonym for rotting sugar into alcohol and carbon dioxide for days to weeks on end.

It's very unhealthy in large doses, especially if you're looking to get intoxicated, but surprise, surprise! Under strict guidelines, alcohol made from ingredients besides dates and grapes is technically permissible if taken for health reasons or present in minuscule amounts. However, this can get quite tricky. For instance, ethyl alcohol is a common ingredient, and sometimes, it can be derived from grapes and dates, which means you'll have to dial customer service to corner an answer out of them, every single time.

This is why I recommend taking the taqwa route, dropping that product and moving along, because trust me, you don't need that kind of carcinogenic negativity in your stomach for your food to taste better.

Those aren't Hot Cheetos. They're Lac insects. You already know where I'm going with this.

This Timon and Pumbaa inspired technique involves extracting resin from female Lac bugs after they bark, which allows them to produce shellac, a coating or glaze, "much like honey from a bee," except for the fact it's insoluble, of course. That's almost ironic, because Lac resin is actually used to make pills easier to swallow by masking their odor. It's also commonly applied to fruits and vegetables to market that shiny, natural gleam — much like the sheen of your furniture polish, aluminum foil and lipstick.

Lac resin is also the reason why candies like jelly beans, Easter eggs and candy corn are a hit with kids. Under FDA guidelines, shellac passes for "resinous glaze" or "confectioner's glaze" or "natural glaze," so half time, it's used with pharmaceutical pills and with products in the cake aisle. But let's not get confused here, people. Resin isn't bug poop, it's secretion — so like... bug spit!

Still grossed out? Yeah, me too.

It's also in soap. Guess that gives you all the hints you need.

Glycerin is can be animal or vegetable origin, but it's usually created from animal fat to dissolve in water or alcohol to form a "colorless, thick liquid which freezes to a gummy paste." 100 percent glycerin can blister your tongue with a single lick, but when doused with water, it can soften your skin. Hence, glycerin is a byproduct of manufacturing soap and also used to produce toothpaste, mouthwash and even pet food to really up that "chewy" flavor, apparently.

Tallow is the keeps-you-from-gagging friendly "euphemism for body fat from cows, sheep and pigs." Not a shock factor for you anymore? If you survived through gelatin, I'd expect as much.

Tallow extraction begins with suet (hard white fat on kidneys and loins) from the carcass of beef, pigs, mutton and sometimes, horses. Other pseudonyms this ingredient goes by are: oleic, palmitic, stearic, palmitoleic, linoleic and myristic acid. It's even present inks, adhesives, cosmetics, bird food and was historically used to make candles (as a cheaper alternative to wax, and it still is used for DIY candle projects today). Glycerin also acts as a lubricant for machinery and ammunition, so you know it's the real bomb, haha... Moving on!

What about in food? It can be in condensed milk, breakfast cereals and even pre-cooked vegetables and sauces. It's quite common among processed food, so stick to the organics and naturals when you can. But speaking of natural...

This one is vague and purposefully so. Companies often try to hide their "extra" ingredients under this tagline ingredient. According to the FDA, natural flavor can pass as "natural" if it's from an edible animal or plant source. Artificial flavors, on the other hand, can be any inedible ingredient under the sun, from the depths of the ocean and delivered through the doors of a science laboratory — "from petroleum to paper pulp processed to create the chemicals that flavor your food."

These ingredients are added for aesthetic reasons. In most cases, they add zero nutritional benefit to your food products. And yes, natural flavors also come under our scrutiny in this case. Just because the ingredient claims to be "natural" does not mean it can't be harmful.

So, could they also hide beetle juices like "carmine" or human hair like "L-cysteine" under natural and artificial flavors label? You bet they can, and they most certainly have.

How can you figure out if the product you're purchasing is, in fact, halal? Follow these four, bite-sized steps to find out.