6 Ways You, As A Teenager, Can Make The World A Better Place
Odyssey

6 Ways You, As A Teenager, Can Make The World A Better Place

Be the change you wish to see. 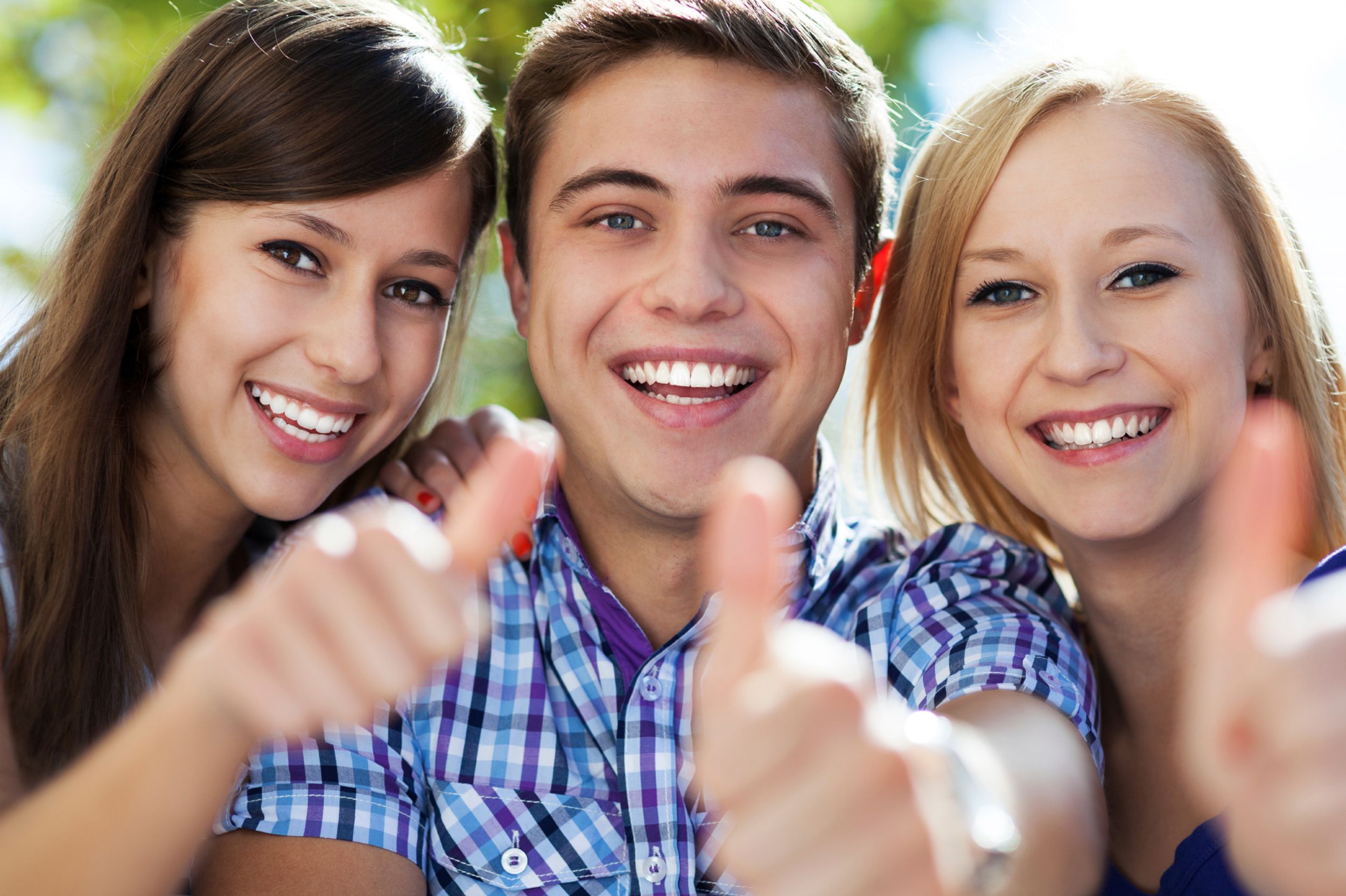 The world is messed up. We see it every day on the news, every day in our schools, even sometimes in our homes. As a teenager, it can be frustrating to feel so small and unimportant, completely unable to make a change, and while most teenagers can't singlehandedly change the entire world on their own, we can make the world a better place—or at least, our corner of the world, whether that be our home, school or local community. Here are X ways to make the world a better place as a teenager.

1. Compliment people, even if you don't know them very well.

I know, I know, talking to people other than your closest friends—terrifying. But you never know what someone is going through, and you never know the impact a compliment can make. Even just an simple "You look good today" can have a powerful effect on someone, especially if said by a stranger. We all expect our friends to make nice comments to us, whether or not they're true, but a compliment from a stranger? That's what can really brighten someone's day.

2. Ask people if they're okay.

Whether it's a friend or a random person in the hallway, if someone looks down, don't hesitate to ask if he or she is okay. Oftentimes people who are depressed or suicidal subtly display symptoms of their disease, but they're afraid to openly reach out for help due to the stigmas associated with mental disorders. By directly asking, you give them an opportunity to open up without the fear of being judged or labelled "annoying," "weak," "dramatic," or "attention-seeking." And even if they choose not to disclose what's wrong, your kind gesture can at least show them that someone cares enough to notice, even if that someone is a random stranger. Again, you never know the effect your words can have.

It's so easy to start gossiping. A friend is ranting about that really annoying slutty girl in her fifth period French class, other friends chime in about negative experiences you've had with her, and voila, you all are full-on gossiping. It's hard to be the one to stop a gossip fest; not only does it feel oddly satisfying to gossip about other people, but your friends may think you're weird, annoying or a mood-killer if you ask them to stop. And I'm not saying I'm perfect in this respect (far from it, actually). It's very, very easy to gossip about other people, but that doesn't mean that you should. Be the friend who changes the subject when someone starts to gossip, or even just tries to save the person's reputation. For that slutty girl in your friend's fifth period French class, say something along the lines of how you used to be partners in chemistry and she was really nice. Or, if you don't have any good memories of her either, start ranting about French as a class instead of that particular girl in your French class. While subtle, people will start to pick up on your decision not to gossip, and they will admire the graceful way you stop it. Who knows, it may even inspire them to stop as well. Gossip can be so damaging to reputation and personal self-esteem; be the person to stop it, not spread it.

I know, I know, so cliche. But volunteer work is a fantastic way for you to help make your school or community a better place—and, as an added bonus, colleges love to see volunteer work on applicants' resumes. Homeless shelters are always looking for people to serve food, and many organizations provide volunteers with opportunities to tutor or play with impoverished children while their parents work. If you don't like the idea of working with people, there are jobs behind-the-scenes, such as sorting clothes or arranging food closets—or you could even volunteer at local animal shelters. It can be intimidating to start a volunteer job without knowing anyone, so grab a friend (or a few) to go with you. And it doesn't have to be every day, or every week, or even every month—at a lot of nonprofits, you can stop by whenever you find time, instead of working on a strict schedule, and it's a great way to give back to your community.

Social media is often portrayed as the epitome of what's wrong with the teenage generation, with its extreme emphasis on self-image—so make it a place to spread love to all, instead of making yourself look good. Post Snapchat stories encouraging people to text or Snaptext you if they are feeling down, or caption Instagram posts with positive and uplifting messages about staying strong. Again, I know it sounds cliche, but by making social media a place for people to reach out and find support, instead of a place to make yourself look good, you can really touch people's lives, even if you never personally see the results. Who knows, someone in a bad place could watch your Snapchat story about how they are loved and find a reason to keep going.

If you've gone through hard times in the past, don't be afraid to open up about it; there may be people who judge you or look down on you for it, but many will admire you for your courage and honesty. Also, for those still struggling, it will show them that they're not alone and that there is hope that things will get better. It can be a challenge to open up about past struggles, but being open encourages others to open up as well.

Teenagehood is a hard time for anyone, and it oftentimes feels as though we are powerless to fix the broken world around us. And it's true—the majority of teenagers aren't going to be able to change the world on their own. But that doesn't mean that you can't help to make the world a better place, just by spreading positivity and hope. It's as the cliche saying goes—be the change you wish to see. Don't wait around until you're old enough to make a tangible difference. Change the world, one day at a time, one person at a time. You never know the effect you can have until you try.

Caitlyn Morral
St Bonaventure University
1413
Wordpress
Odyssey recognizes that mental well-being is a huge component of physical wellness. Our mission this month is to bring about awareness & normality to conversations around mental health from our community. Let's recognize the common symptoms and encourage the help needed without judgement or prejudice. Life's a tough journey, we are here for you and want to hear from you.