A few lesser-known marvels of the natural world 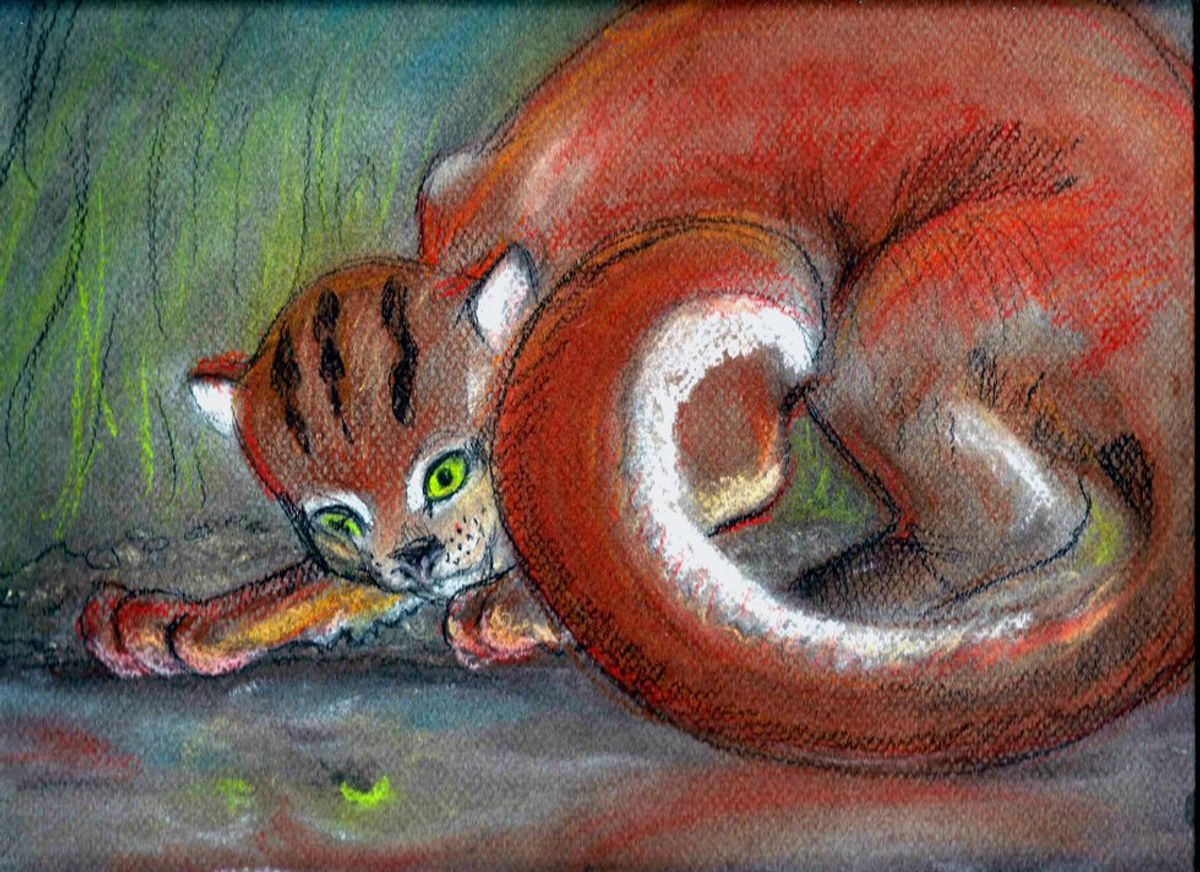 The Borneo Bay Cat is a rare and little-known species living secretively in its island home. Even scientist have a hard time prying secrets out of this guy. Most of the information they have is from dead specimens and video traps.

You probably aren’t too familiar with civets, unless you’re in the perfume business. They look like weasel-faced, raccoon-masked cats with big rumps. These friendly little fellows will eat most anything they come across and may sometimes sneak eggs from the chicken coop. Africans have used civets as pets for centuries, and in some places, they are treated very much like cats. Perhaps the reason that, unlike cats, civets have not become worldwide companions is because they are rather smelly. Isn't it interesting that people use some of the stinkiest stuff (civet scent gland secretion) to make perfume?

The frilled shark is a graceful, serpent-like creature, and as most specimens have been found in Japanese waters, some people think it is the origin of the oriental dragons. Many cryptozoologists say that a larger cousin that has been found in the fossil record may be responsible for sea serpent sightings. Even for its modest size, the frilled shark looks like a mystical creature with seven large gill slits and an extravagantly long tail.

Although many zoos do have aardwolves, these little guys still aren’t as well known as the other members of the hyena family. They are mostly nocturnal and eat almost exclusively termites, a good thing for any farmers nearby. An aardwolf’s favorite thing to do (after eating termites) is run around its territory making sure no other wolves trespass. It might have up to ten dens in its territory, made of abandoned dens or ones it digs itself. The aardwolf hardly ever stays in one den more than six months. Perhaps the nomadic tendencies of this creature are what made some people think they are solitary animals when in fact they live as lifelong couples.

Saiga remind me of a toy that my little brothers have. We call him Bloopy and sing a song that goes something like this:

Had a very bloopy nose

All of the other reindeer used to use it as a hose,

Then one foggy Christmas Eve Santa came to say

Little did we know that the stuffed animal was inspired by a real creature. Well, the Saigas are antelope, not reindeer but their noses may well be described as bloopy. These inflatable noses help the Saigas to breathe warm air in the winter and keep the dust out in the summer.

Many people think that the decline in Saiga is what is causing the steeps to erode into desert and hope that with conservation efforts the saiga will soon return to its former numbers to reclaim the land.

Pangolins are the only type of scaled mammal. They look a bit like brown artichokes that have sprouted long prehensile tails. Pangolins also have very long tongues; in fact, their tongues are longer than their body (without the tail). As you may have guessed, these tongues are not very good news for ants. Unfortunately, these unique creatures are poached so often that they have been named the most trafficked mammal in the world.

Want to discover more about some obscure animals? A great resource is www.arkive.org. This website has databases for tons of animals, both popular and little known. Right now you can vote for "the world's favorite unloved species" out of 23 species, two of which are the pangolin and Borneo bay cat. Voting will be open untill the 10th of February.