6 Terrible Musicals That Are Better Than Cats
Odyssey

6 Terrible Musicals That Are Better Than Cats 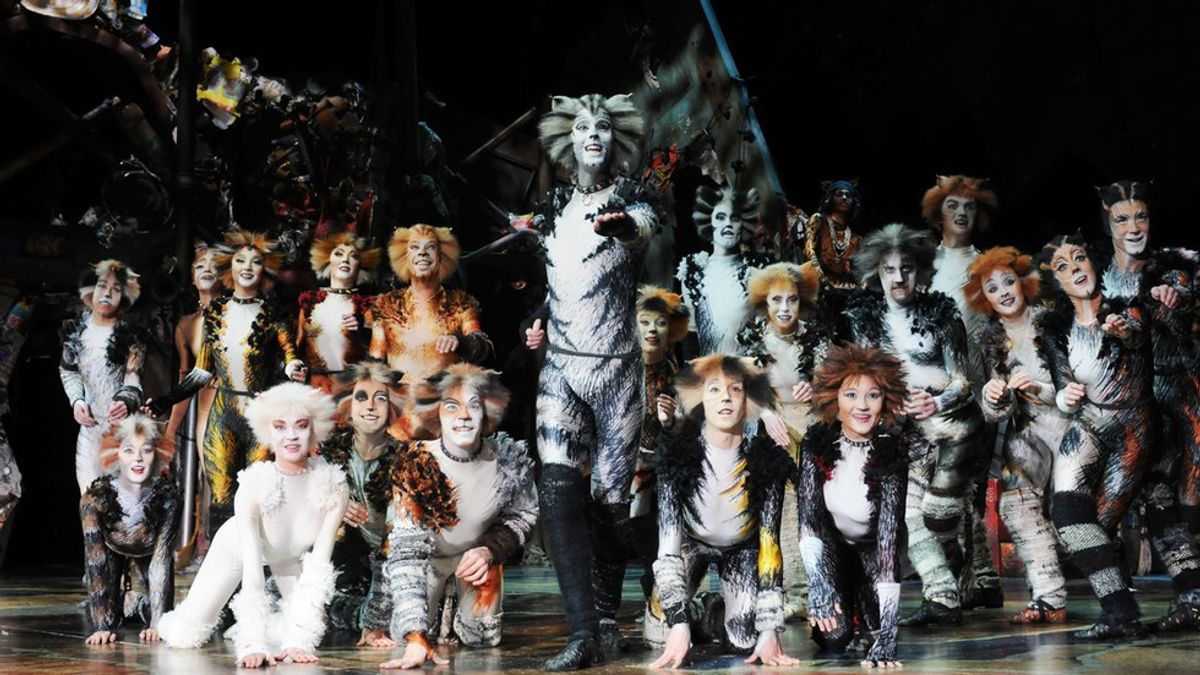 As many theatre lovers know, the musical Cats has come back to Broadway after a (much needed) hiatus. Cats has always evoked powerful emotions in people--who hasn't cried while watching Grizabella sing "Memory?" However, despite the few good moments, I venomously despise it. Something about the production just rubs me the wrong way; it may have to do with the fact that I am terrified of fursuits, but that's besides the point. So although I concede when certain friends argue its charm, I would rather watch basically anything else. Here are 6 musicals that are controversial, strange and/or terrible, but not as terrible as Cats.

What in the world is Honk about? Who knows?! It's a funny title that gets thrown around in high school drama clubs as a last chance or back up plan-- "Hey, did we get the rights to Chicago?" "No, I think we're doing Honk." "Oh well, thank god it's not Cats."

2. Spiderman: Turn off the Dark

I have many questions about this musical. First of all, how does one "turn off the dark?" Is this some random metaphor that they decided to put in the title? Does it have anything to do with the plot? Does Spiderman ever actually "turn off the dark," and if so, does he just make it light all the time? And how exactly does Spiderman have that power? Doesn't he just shoot webs and get incredibly injured so his understudy can go on? Is there any more to this musical than legal issues? No? Well, I'd still rather see this than Cats.

Another Andrew Lloyd Webber musical which is literally just about a boy's train set that comes to life. Yes, that's right, sentient trains. Our good friend Andrew got a little too cocky writing Cats that he then decided there wasn't anything that he couldn't take on. Because once you start with the lives of cats, there's nowhere else to go but up.

Nunsense is honestly a lifestyle, and one that I personally ascribe to. It is, as they say, habit-forming. And even though there are many critics who say that it isn't a "good show" I say: to hell with you! Is the plot vaguely impossible? Maybe. Is the show a bit cheesy? Sure. Are there too many nun jokes? Never. Nunsense will always have a place in my heart; its purity can never be tarnished. Bless you.

So I'm not the biggest Webber fan, sue me. (Author's Note: please don't, actually, I am so broke.) Although there may be some good musical moments, like the titular song and very cool guitar riffs throughout, I was pretty underwhelmed by this production. It probably didn't help that Judas seemed to be experiencing premature torture while hitting his high notes in the 2000 movie.

Ok, before you start in on me about how great it is, hear me out. It's interesting and funny and just enough crazy that it might just work. There are surprise twists and exploration of a variety of sexual relationships. The movie features Tim Curry doing his drag best and Susan Sarandon in her prime whininess, not to mention Richard O'Brien as Riff Raff. And who doesn't love the layers of irony in a young Meatloaf being served as dinner? However, despite all of the zany and twisted fun, seeing it on stage is not entirely as thrilling. RHPS movie screenings: fun, hazy evening where people call out vulgar things. RHPS play watching: waiting for the Dr. Frank-n-furter to be as good as Tim Curry, and being disappointed that he isn't.

So, as evidenced above, pretty much anything goes in regards of what I'd rather be watching than Cats. And that includes Anything Goes. Please revive that, Broadway. There's a show I'd watch from Youtube illegally.