6 Simple Reasons To Visit Summerfest This Year
Odyssey
CurrentlySwoonLifestyleHealth & WellnessStudent LifeContent InspirationEntertainmentPolitics and ActivismSportsAdulting
About usAdvertiseTermsPrivacyDMCAContact us
® 2023 ODYSSEY
Welcome back
Sign in to comment to your favorite stories, participate in your community and interact with your friends
or
LOG IN WITH FACEBOOK
No account? Create one
Start writing a post
Lifestyle

Now’s the time to be in Wisconsin, clearly, with Summerfest’s 50th anniversary here and in full action. 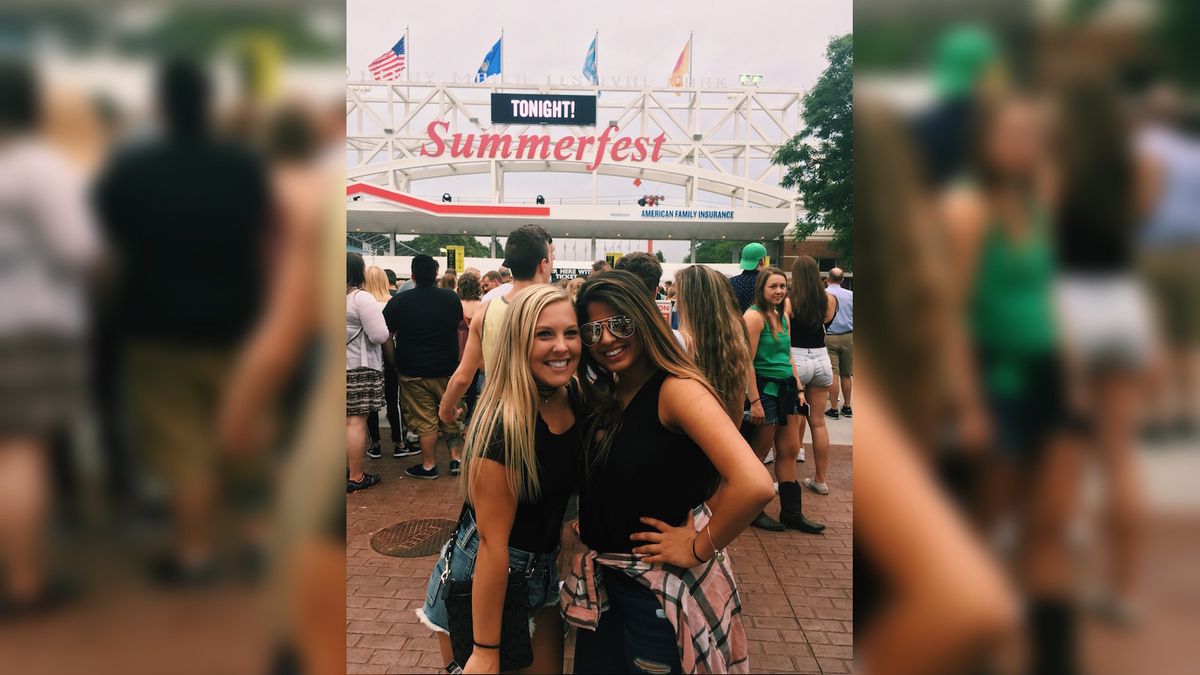 Now’s the time to be in Wisconsin, clearly, with Summerfest’s 50th anniversary here and in full action. This year instead of starting with the tradition of “The Big Bang” opening night fireworks, Milwaukee experienced the bangs of thunder and lightning overhead the headliners performances but that didn’t stop crazy Wisconsinites!

If you’re over the age of 21 be prepared to uber home or have a DD because the alcohol stands are a huge part of the Summerfest experience. Wisconsin is all about their beer and the best place to come to know that is at Summerfest, if you’re from out of state. If you’re from in state garb your favorite beverage and show everyone how Wisconsin does it.

If you’re on a diet you’re not anymore! It is far too difficult to turn down the delicious fried food that Summerfest has to offer. Meat lovers are extremely encouraged to visit for the food because deep fried bacon is a thing, there’s bacon in drinks, in burgers and basically anywhere you ask them to put it. The Classic Wisconsin Summerfest meal, however, contains only one food group, carbs. Head over to SAZ’s for a SAZ’s sampler containing a plate of cheese curds, sour cream and chives fries, and mozzarella sticks. If you go to Summerfest and don’t try a SAZ’s sampler basically you messed up big time.

Summerfest is such a fun place to meet up with friends and enjoy the day together, or just the night (while this is much harder to find people this way) But seriously the best way to enjoy good music is with good friends jamming out next to you so go call up your friends and enjoy the many concerts left that Summerfest has to offer.

Time flies sadly is not coming for the fourth year in a row, but many people see this as a time to celebrate. The lineup this year is over the top as every year in the past. There is a perfect mixture between pop, rap, country, EDM, anything for all ears. Have to work one night? No worries there are 11 nights to catch someone from your favorite music genre. At only $20 bucks a night you better be prepared to go to multiple nights so start listening to the artists coming and get ready to shout their lyrics across the Summerfest grounds.

While at the end of the night Summerfest does seem like a money sucking trap, where else are you able to go to a music festival with 15+ acts in one day for only $20. There are always amazing deals too when considering going to multiple nights of Summerfest, all worth seeing any of the performers Summerfest hosts. And you should be able to spare more than a couple of bucks for some Wisconsin cheese curds, cause who else does deep fried Cheese better, worth the money.

While Summerfest may have some high and low memories associated it, it is such a fun place to visit at least once. There will be so many positive things to look back at in the future thanks to Summerfest, or at least funny Snapchat stories to see the next day. At Summerfest the music sounds better, the drinks taste stronger, and your laughs are louder. Go grab a ticket while you still can and Smile on.