6 Kid-Friendly Comics You Should Read
Odyssey

6 Kid-Friendly Comics You Should Read

Comics books that manage to be g-rated and entertaining no matter what age you are. 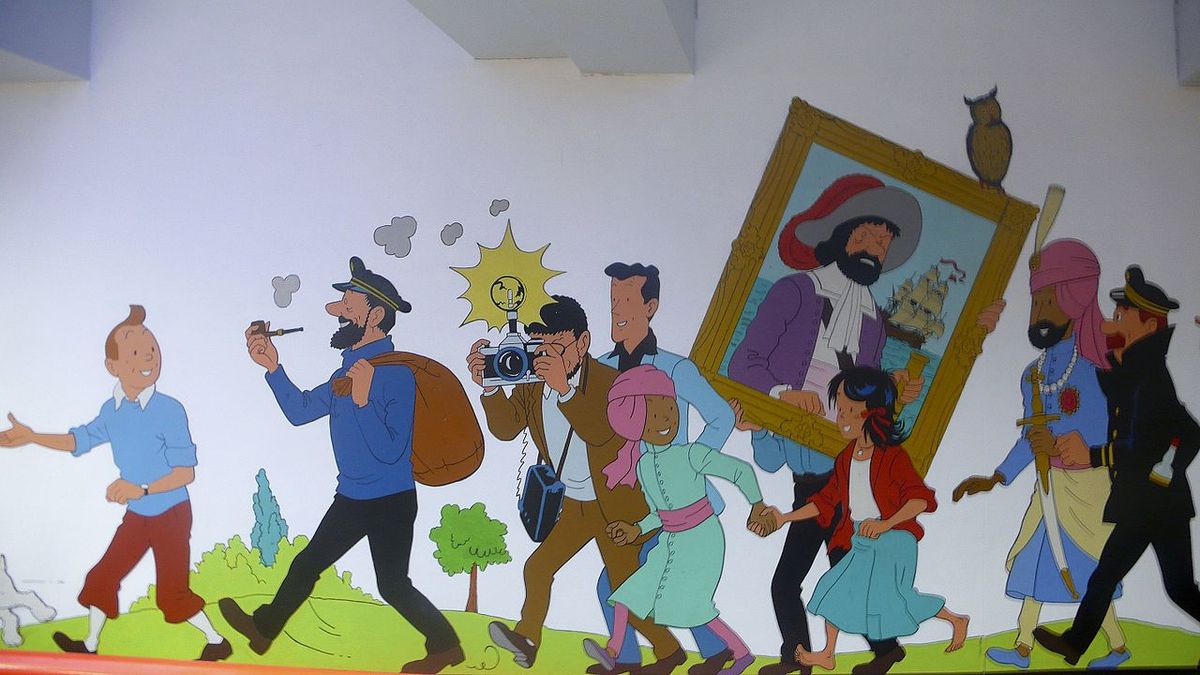 Since the 1980’s, when comic books like “The Dark Knight Returns” and “Watchmen” proved superheroes don’t have to be cheery, fans have gotten some terrific stories.

At the same time, dark and gritty comic books have gone so far that it's hard to find anything else.

Dark Horse Comics founder Mike Richardson commented in 2003 that while “The Dark Knight Returns” and “Watchmen” were great, “The traditional innocence of superheroes went out of the market at that point.”

Dark comics have become the norm, and kid-friendly comics the exception.

With this in mind, here’s a look at 6 comic books for people who want both good stories and kid-friendly content.

Some of these comics are old, some are new.

Some will mostly appeal to kids, while others will appeal to anyone.

What happens when you put Mickey Mouse characters into a Lord of the Rings setting?

You get “Bone,” a story about the adventures of Fone Bone and his two cousins, Smiley Bone and “Phoney” Bone.

After being run of their hometown for one of Phoney’s schemes, the Bones stumble upon a valley filled with medieval villagers and fantasy creatures.

Before they know it, they’re working with a girl named Thorn to fight an evil sorcerer who threatens the Valley.

As they go along, they slowly uncover a past involving dragons, magic, and strange prophecies.

This story has a huge, sweeping scope but also lots of funny moments (such as a rat monster who’s supposed to be vicious but just wants to eat quiche).

From 1948 until 1973, Walt Kelly wrote about a gang of talking animals living in Okeefenokee Swamp.

Given what happens in a typical Pogo story, the swamp is somewhere in Georgia but just south of fairyland.

On one level, these stories are just fun stories with physical comedy, puns and ridiculous statements.

Dig into the context and you realize they're also filled with caricatures of people like P.T. Barnum to Fidel Castro, and satirical jibes at topics like McCarthyism.

3. “Showcase Presents: Batman, Vol. 1” by Gardner Fox and others

You may know that censorship meant Batman had to be a G-rated character in the 1960’s.

What’s strange, as this collection and the later volumes show, is that it worked better than you'd imagined.

Gardner Fox and the other writers focused on Batman’s detective side, the man who can crack any problem people throw at him.

In a given story, he may travel the world to destroy an international spy ring or work to defeat a master criminal's new gadgets.

There are even moments of suspense, as Batman goes up against deadly traps and foes that hit him at his weakest point.

4. “The Adventures of Tintin” by Hergé

Written between 1929 and 1983, the Tintin series balanced genres in a great way.

A typical Tintin adventure could contain comedy, adventure, mystery, science fiction or fantasy and make them all work together.

With help from a few faithful friends (and some ridiculous ones), the young journalist Tintin handles everything from a treasure hunt to a trip to the Moon.

Unlike many comic writers, Hergé carefully researched the technology that appeared in his stories.

This makes the stories feel credible and smart even decades later.

Stan Lee and Steve Ditko’s work on Spider-Man did something unusual and groundbreaking.

On the one hand, these stories had the silly humor, big fights and explosions that have been in superhero comics since the 1940’s.

On the other hand, there’s a maturity to these stories that no one else had tried before.

Peter Parker has to deal with tough issues, from money problems to relationship issues.

He doesn't always win against the bad guy.

6. “The Life and Times of Scrooge McDuck” by Don Rosa

You wouldn’t expect a Disney comic book to have compelling characters.

This collection proves that wrong.

In these stories, Don Rosa describes of how “Uncle” Scrooge McDuck became the tight-fisted millionaire we know.

Like the Indiana Jones movies (which drew some inspiration from these stories), McDuck’s adventures contain wild adventures, exotic locations and fights where you can't tell who'll survive.

At the same time, there are moments of real character depth as Scrooge struggles to balance his desire for wealth and his need for family.

Feel like this list left something out? Tell me about your favorite kid-friendly comic in the comments section.

Glorie Martinez
5524
Why I Write On Odyssey