5 Underrated Artists You're Definitely Missing Out On
Odyssey
CurrentlySwoonLifestyleHealth & WellnessStudent LifeContent InspirationEntertainmentPolitics and ActivismSportsAdulting
About usAdvertiseTermsPrivacyDMCAContact us
® 2023 ODYSSEY
Welcome back
Sign in to comment to your favorite stories, participate in your community and interact with your friends
or
LOG IN WITH FACEBOOK
No account? Create one
Start writing a post
Entertainment

5 Underrated Artists You're Definitely Missing Out On

If you haven't heard music from these bands and singers, it's time to take to YouTube and Spotify and give them a listen. 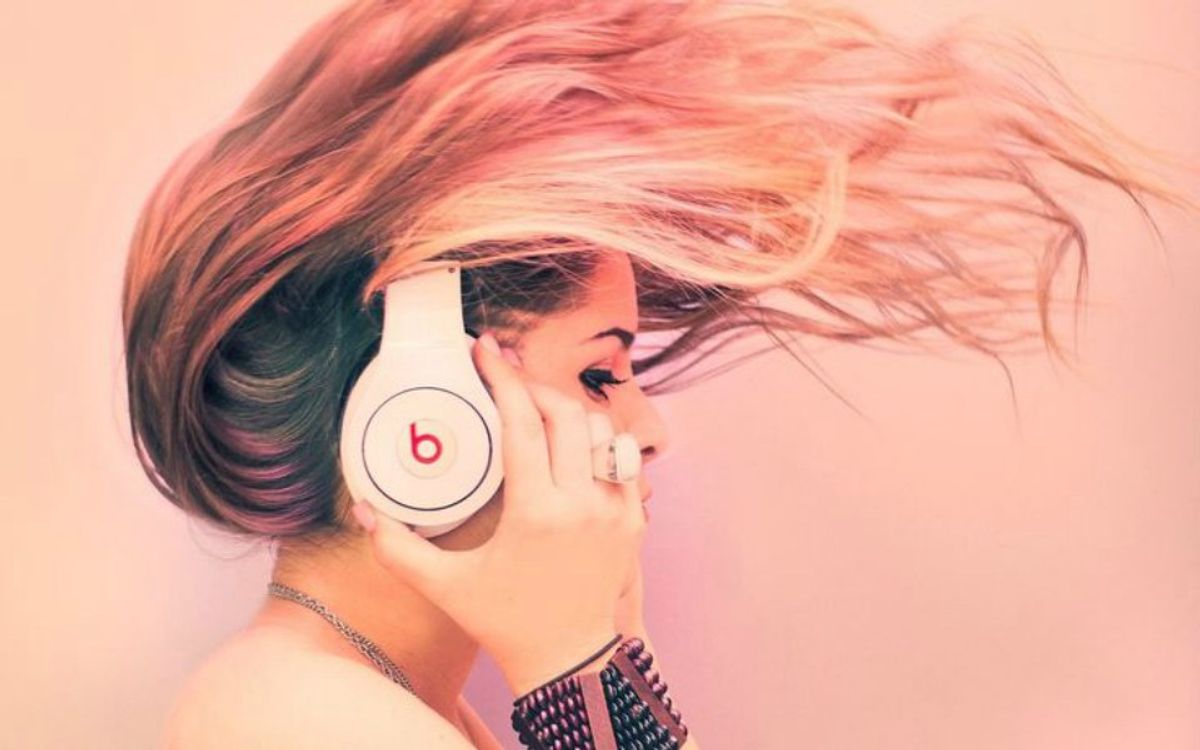 You're probably one of two kinds of people in the world of music consumption: You're either the person who has a particular taste in music, down to the genre and specific artist, or you're the one always hungry for new sounds, constantly digging into the music-discovery playlists on Spotify.

With dozens of genres, hundreds of thousands of musicians and millions of songs out in the world, it can be easy to miss the next big thing in music. You might be unknowingly shuffling past what could have been your new favorite song on your favorite radio app. Or you could be missing out on incredible up-and-coming artist just because they haven't hit the radio yet.

As someone who dabbles mainly in pop, alternative, pop punk and country, my recommendations might not fit your taste in music. But if music flows through your veins, I still invite you to check out these five underrated or up-and-coming artists. Give their music a listen and let it bless your ears; you'll thank me later!

I'm slightly biased with this recommendation because Before You Exit is one of my favorite bands, but that doesn't discount the fact that this group of brothers really is rich in talent. Connor, Riley and Toby McDonough are from Orlando and while their music is typically categorized as pop, their influence comes from various genres. Before You Exit is signed to RCA Records, and the brothers are currently living in LA working on new music.

What's unique about the McDonoughs is that they're quite self sufficient when it comes to the creative process. Between the three of them the vocals and multiple instruments -- drums, piano and guitar among them -- are covered, all songs are original and Connor even does much of the production process. The talent doesn't stop at the vocals; it's ingrained in every aspect of every song, right down to the finishing touches. See for yourself and begin with their All The Lights EP -- I recommend "When I'm Gone," "Radiate" and "Suitcase" to start with.

I discovered Cade's music when he opened for Before You Exit on their All The Lights tour last summer, and if you're into dance or electronic sounds his work will literally be music to your ears. The Tampa native also recently moved to LA to pursue his music career, and last year released his debut The Care EP with Spinnin' Records.

A vocal powerhouse, Cade's energetic stage presence really aids his breakout into the world of EDM, fused with hints of pop. He has performed alongside artists such as G-Eazy and Steve Aoki and collaborates with producers like Mokita and Cheat Codes' Trevor Dahl to mix up the perfect collisions of vocals and electronic production.

He's only 17 years old, but Australian Isaiah Firebrace is a noteworthy name in the up-and-coming music scene. His command over his vocals is impressive, with a smooth and steady voice that sounds beyond his years. Isaiah was the winner of The X Factor Australia's eighth season last year and released his debut album, Isaiah, in December.

Most recently it was announced that he is set to represent Australia in the Eurovision Song Contest 2017 with the song "Don't Come Easy".

James Hersey is an Austrian-American singer-songwriter living in Vienna, Austria. His style is somewhere on the spectrum between electronic and pop. Hersey is signed to Glassnote Records, and his most recent single "Miss You" is just beginning to hit the airwaves in Europe and the Spotify discovery playlists everywhere.

Hersey has a smooth voice that's easy on the ears and reminiscent to those of artists like George Ezra and James Arthur. He is currently on tour in the United States. Check out his music on Spotify!

Like Before You Exit, they've already hit the Radio Disney airwaves, and rightfully so. Temecula Road comprises sisters Maddie and Emma Salute and longtime friend Dawson Anderson. The band is named after the city in California the sisters grew up in but the music is all country with a SoCal twist. The trio is known for its harmonies, accompanied by Dawson on guitar and Emma on mandolin.

Temecula Road is also Radio Disney's 2017 Next Big Thing artist and signed to Disney Music Group's Buena Vista Records. Their newest single, "What If I Kissed You," was released in February and was written by Jimmy Robbins, Sara Haze and Mike Daly. Check out their music on Spotify!