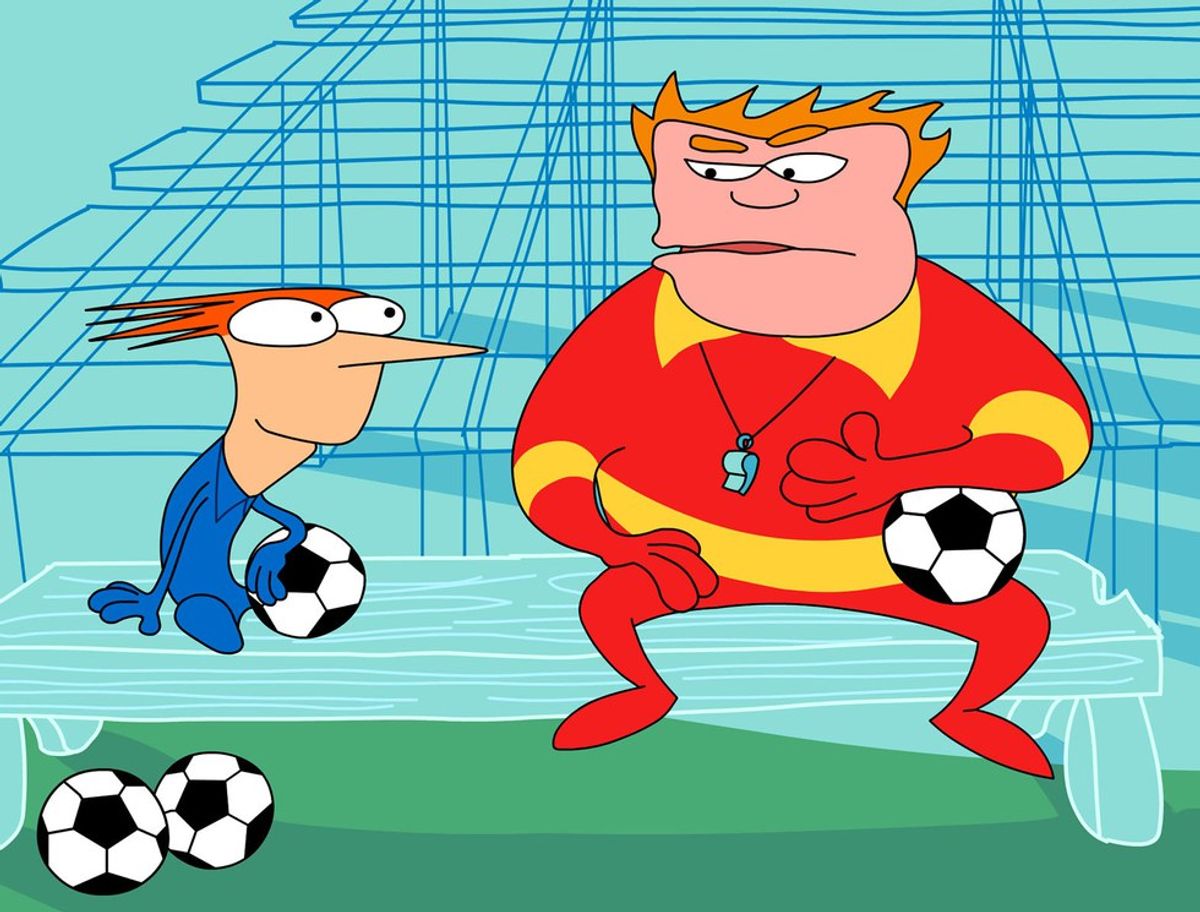 Welcome to part two of my self-proposed list of underrated 90's animated adult cartoons. We've got the last five who didn't make the previous article, but since this list isn't in any particular order, please don't take that to mean they are any more or less important. I already gave my long introduction in part one, so let's get straight to the shows!

What if I told you there was a cartoon that featured the talents of Steven Spielberg, Brad Bird, and Tim Burton? Well, good newa, you don't have to wonder, because there is, it's call Family Dog, and when it prememierd on Spielberg's short-lived anthology show Amazing Stories, it was an instant success, both critically and with audiences. So naturally, it wasn't too long after it's premiere that an ongoing show was greenlit, a show which wouldn't premier until 1993; you can see where the problems started. This technically puts it a few years outside of our set date range of the 1990's, but Family Dog still deserves a spot on this list, if only for having been, along with Mighty Mouse: The New Adventures , one the first murmurings of the 90's animation renaissance that was to come.

Produced by Steven Spielberg, and directed by Brad Bird (who also provided the dog's voice), along with character designs by Tim Burton, the original twenty-two-minute short film featured film-level-quality animation and was an instant rating success. The premise centered around the familiar domestic suburbia setting, but as told from the point of view of the family's under appreciated mutt. Family Dog wasn't an "adult" cartoon like some of the other entries on this list, but it wasn't aimed exclusively at children either. It was a prime-time animated sitcom in a preSimpsons , world, a concept well ahead of its time, and one that sadly couldn't retain the momentum in time for the series to take off when it was released six years too late. The show itself was serviceable, but nothing particular special when it was released. The creative forces behind it had moved on, and the show, sadly, was canceled before all if its thirteen production episodes could air. Still, as a piece of animation history, the original short is still very much worth watching, and knowing the talent behind it, makes it a fascinating stepping stone for many great future artists.

Created by Simpsons veterans Al Jean and Mike Reese (it seems like almost everyone from the first few seasons of The Simpsons tried and failed to make their own animated show) The Critic centered on film critic Sherman, played by the wonderful Jon Lovitz, who stars on his own television review show ala-Siskel and Ebert. All while dealing with his estranged son and troubled personal life. Despite coming from the same ilk as The Simpsons -- Jay Sherman even had a controversial crossover with the family -- the show probably has more in common with stylistically with a later Fox animated show, Family Guy.

The Critic, at least in its first season, only loosely complied with the standard sitcom structure. Preferring instead to indulge in a variety of movie parodies and embrace its cartoonish nature much more so than most animated shows like itself. The show preferred random non-sequiturs and Family Guy style irrelevance, rather than being grounded. The character of Jay Sherman was essentially a lovable goofball, but without a strong family dynamic, other than Jay's son, audiences didn't take to Sherman the way they Homer Simpson. The creators tried to rectify it in the second season with a stronger emphasis on the family dynamic, but by then, it was too late. Still, what it lacked in story it made up for with lots of big laughs, mostly coming from its lampooning of films like Jurassic Park, E.T. , and one the best Marlan Brando parodies of all time.

One of my personal favorites, Home Movies was created by Brendon Small and Loren Bouchard Using the same "squigglevision" style of animation as Doctor Katz (though it would later abandon this in favor of the slightly smoother Flash-based animation process) it also utilized the same style of "retroscripting" which gave the show's writing an improvised feeling. The show's premise was simple: a grade-schooler named Brendon makes home movies with his friends after school, which, when married to the simplistic and homemade feel of the animation, matched perfectly.

But what made Home Movies so beloved was its seemingly off-kilter characters and off-the-wall plotting. The improvised nature made it unpredictable in the best ways, especially with the kid's irresponsible soccer coach, John McGurik, voiced to absolute perfection by John Benjamin. I stand by saying that Coach McGuirk, as he is known, may be one of the greatest animated characters ever created in the last twenty-five years. It helps that almost everything that comes out of John Benjamin's voice is hilarious. Just his vocal performance alone makes any situation funnier.

But besides its incredible cast, Home Movies was also known for its catchy soundtrack provided by Brendon Small (the show's co-creator, not the character) whose musical talent would later extend over to shows Metalacolypse and Bob's Burgers. Tragically, UPN never quite knew what to do with Home Movies, and the show was quickly scrapped, only to be seemingly saved by Cartoon Network's Adult Swim block, and then canceled soon again after that, but not before a very heartwarming series finale, which, I'm not gonna lie, actually made me shed a tear or two. Though it's never got the attention it deserves, reruns on Adult Swim have given it a dedicated cult following, and it is an absolute must-watch, if only so you can experience the wisdom of Coach McGuirk.

Daria was not underrated in its time, in fact, over the course of its five-season run from 1997 to 2002, it was one of MTV's highest-rated shows, however, I'm including it here because even though it enjoyed a relative popularity in its time, the show feels somewhat forgotten nowadays, which is an absolute shame. Even though it was originally a spin-off of the even more popular Bevis and Butthead, Daria was a show and character all her own. Following the daily life of its titular character and her friend Jane Lane, Daria was stoic, sarcastic, and completely uninterested in anything anyone tried to force on her. She was the complete opposite of the typical television female protagonist of the time.

MTV originally positioned the show as a parody of high school shows that would also appeal to the female demographic, and while it certainly resonated with its intended female audience, it was equally successful with men as well. The simple and flat animation might have seen primitively, but much like King of the Hill, which premiered around the same time, the animation was perfectly suited to the tone of Daria. Having a young female protagonist allowed the show to tell stories that previous shows of its ilk rarely did, and its fictional setting of Lawndale and its citizens were both grounded and quirky enough to act as a foul to Daria's own monotone personality. Some viewers might find Daria herself a bit impersonal and even kind of a jerk, but as a reflection of outsider teenagers, it was pitch perfect.

It was a niche style of humor, but for fans of the strip, it worked well, and Dilbert was surprisingly subversive enough to realize the comedy in its own celebration of corporate incompetence and averageness, and how it juxtaposed with its more fantastical elements. In a way, it was almost like a slightly smarter Family Guy. The show also was one of the few animated cartoons that actually had a continuity. The entire first season is centered around the company trying to push out a new product, and most of the stories and humor are centered around that task. Not to mention a steller voice cast featuring Daniel Stern, Chris Elliot, Larry Miller, and even Kathy Griffin in an uncredited role as Alice. Unfortunately, Dilbert turned out to be too niche for most audiences, where not even a special guest appearance by Stone Cold Steve Austin (as himself, naturally) could save it. Still, Dilbert is well worth watching for fans of the comic or anyone looking to fill the void left by The Office.