She will always be more of a badass than you and I. 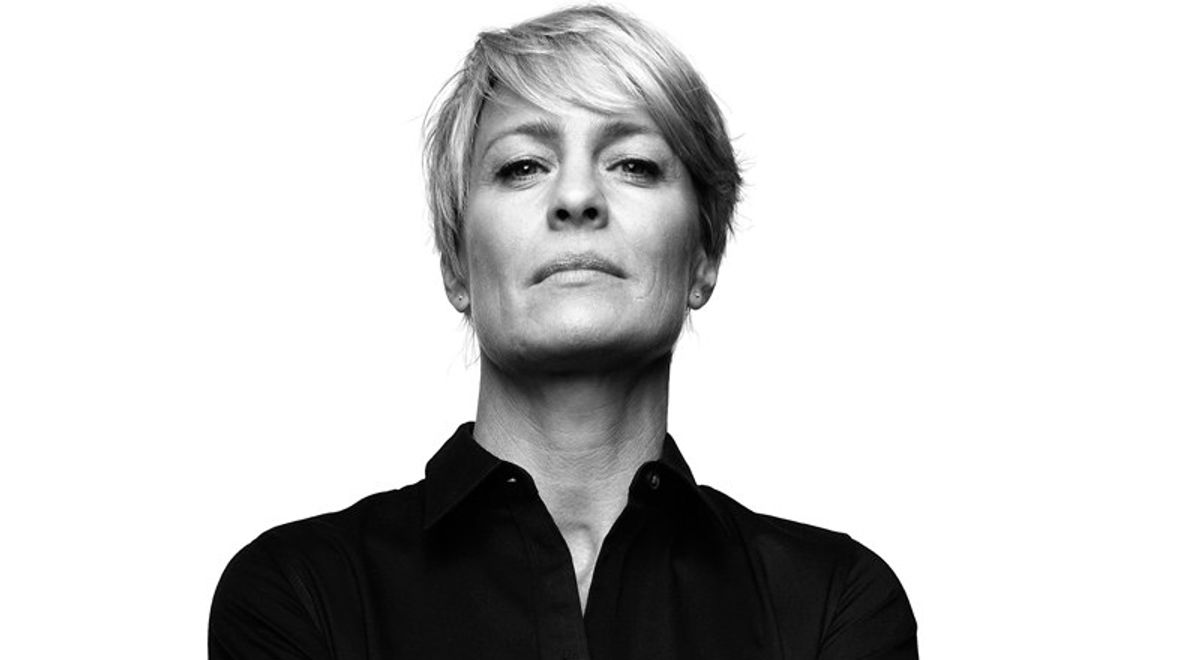 Claire Underwood: A thick-skinned, strong woman who will always be more of a badass than you and I.

Overall, I wound't suggest going about things the way she does, but she's motivational and pushes you to go after what you want. With season four of House of Cards premiering in just a few short days (yay!), there are definitely some things we can all think about from and take away from the sometimes scary, but always wonderful Claire Underwood.

1. She supports and pushes the people she cares about.

Now, the people she genuinely cares about may only be referring to one person, her husband, but she’s still a supporter, nonetheless. Remember during the first season when Frank got completely sh*t on by the President and his promised role of Speaker of the House was taken away? Yeah, that was a sh*t move, but Claire was there to essentially tell him to suck it up, push him forward and tell him it would all be alright. There was pity and encouragement there all at once.

2. She stands her ground.

As the seasons progressed, Claire did a slightly-crappy thing and fired essentially everyone in her non-profit, “for the greater good” office. While this decision was borderline unethical and a bit cold-hearted, Claire stood her ground. Against all advice she heard from said mid-50’s assistant, whom she also fired, she essentially cleaned out her entire office and started fresh with a new team. We can't forget about the shocking ending from the most recent season. Unhappy with Frank? Sure, let's just leave him. She decided he wasn't good enough anymore and walked away from the relationship.

3. She goes after what she wants.

She gets what she wants, almost always. That Secretary of State position? Yeah, against all advice from other political leaders and even against her husband’s judgement, she took that position by the horns and won the fight against all who believed she couldn’t do it. She may have used Frank’s power to get to where she was during season three, but hey, she still made it to the top.

4. She literally does not give a damn about what you think of her.

This point encompasses her accomplishments, what she’s done and Claire as a whole throughout all three seasons. From firing her assistant who would likely never find another job, to blackmailing the absolute hell out of her side affair, Adam, she does whatever she wants and could care less about what you think of her and the decisions she makes. Claire Underwood may be a champion at blackmailing people, using people for their power and making borderline unethical decisions, but she is a care-free woman. She always says she isn't any type of enemy that anyone wants, but do you think she cares? No.

The way she goes about things in life may not be the most kind or caring way to handle things, but she gets sh*t done. Period. She’s a supporter when she needs to be, a champion for those closest to her, she stands her ground and always gets what she wants, and does not care about your opinion of her. While I don’t necessarily agree with her way of handling things sometimes, we can all learn how to be a little bit stronger and better because of our favorite, cold-hearted First Lady of the United States.