5 Reasons You Should Be A Civil Air Patrol Cadet
Odyssey

5 Reasons You Should Be A Civil Air Patrol Cadet

Here's why you should join our team, the United States Air Force Auxiliary. 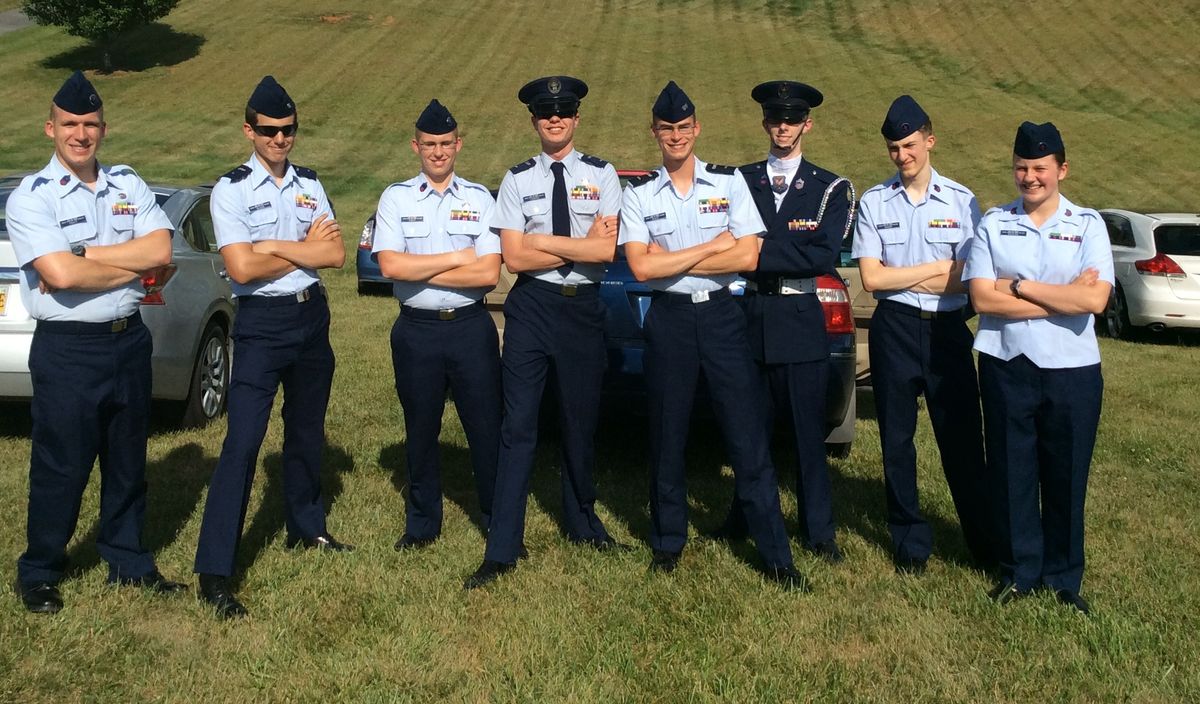 Are you between the ages of 12 and 18? Do you want to learn how to fly airplanes? How about the opportunities to work with EMS, law enforcement, and military professionals to save people’s lives? Do you want to obtain advanced enlistment after high school or attend a U.S. Service Academy for college? How about challenging yourself and leading other people to achieve more? Do you want to make a difference in your community? Then check out this list of the amazing, dare I say, unique opportunities open to you.


1. You Get To Learn To Fly Before You Even Drive A Car!

Civil Air Patrol has the largest privately-owned fleet of single-engine aircraft in the world. Every year cadets from all over the United States go through flight training at very inexpensive tuition and sometimes free of cost. Just to give you an idea of the numbers, our cadets can get to the stage where they can fly by themselves having only paid under a thousand dollars; some have done it without paying a penny for their flight training. Funded through the Air Force, CAP prepares you to be a pilot for the military or for major airlines. My state has an annual flight academy that is only one week long, and many cadets end up soloing every year.

2. You Get To Deploy For Search & Rescue Missions.

Civil Air Patrol deploys for 95 percent of the inland Search and Rescue missions in the United States. With quality training, cadets in CAP often work with and even lead EMS, law enforcement and military personnel to help save lives of those who are in need of help. It’s something that most people in the teenage age group have not had the opportunity to do, but you can have that opportunity. You get to help staff a mission base and work with supplies, you get to go through forests searching for clues and lost people while using professional search tools and techniques, you get to talk on military-grade radios and talk to people on the other side of your state, and you get to have the wonderful feeling of accomplishment, pride in your service, and the knowledge that you are saving lives! Whether you are searching for a person lost deep in the forest, the pilot of a downed airplane, or simply handing out supplies after a natural disaster, it is always an adrenaline-packed experience.

3. You Can Be More Competitive For Military Placement.

Do you want to enlist in the military after high school, or do you want to compete for admission into a Military Service Academy? If you promote high enough in the cadet ranks in Civil Air Patrol, you can have advanced pay grade upon completing boot camp if you enlist in the Air Force. If you are interested in attending any of the Service Academies (West Point, Air Force Academy, Naval Academy, Coast Guard Academy) after high school, then service in the Cadet Program of the Civil Air Patrol will make you more competitive for admission to the academy of your choice. For example, each year, at least ten percent of the freshman cadets at the United States Air Force Academy are former Cadets of CAP. Even if you are not looking at a Service Academy, other colleges with ROTC units look very highly upon applicants having prior service in the Civil Air Patrol.

4. You Get To Be One Of The Few In The Spotlight.

You can become part of an Honor Guard trained by military personnel. Each year, cadets from all over the nation attend a Civil Air Patrol Honor Guard Academy where they learn about flag etiquette, rifle throwing and spinning, wreath laying, how to encourage drug-free communities, how to become a cadet of solid character, and much more. After graduating the week-long academy, these cadets are often chosen to attend annual wreath-laying ceremonies at the National Cemetery in Arlington, perform ceremonies in their state, promote Drug Demand Reduction, and teach others the art of being an Honor Guardsman.

5. You Get To Meet Some VERY Influential Officials In Our Country.

You can get to meet your city managers and mayors, your senators and congressmen, generals from all over the world, and some of the highest officials in command of our military. You can be chosen as an escort and be able to spend a large portion of a day with them, you get to talk to them and get to know them a little. For example, last summer, I was appointed as one of two non-Secret Service escorts for Gen David Golfein, USAF Chief of Staff for a day, and if you join the Civil Air Patrol, you can do things that are just as exciting! It’s a wonderful opportunity to do what most people in our generation have never had the opportunity to do.

Needless to say, joining the Civil Air Patrol as a cadet is a great way to jumpstart your adult career, meet new friends from all over the country, have lots of exciting fun, engage with our country's leaders and policymakers, better yourself to be a more outstanding citizen, and serve your community, state, and nation in a way that most people your age never have. Check out GoCivilAirPatrol.com/cap_home/youth to find out more! Comment below, and be sure to share this article with your friends so they can have the opportunity too. Thanks for reading!

Glorie Martinez
471
Why I Write On Odyssey