5 Reasons Why I Changed My Major

5 Reasons Why I Changed My Major

I never thought I would change my major, but here's why I did. 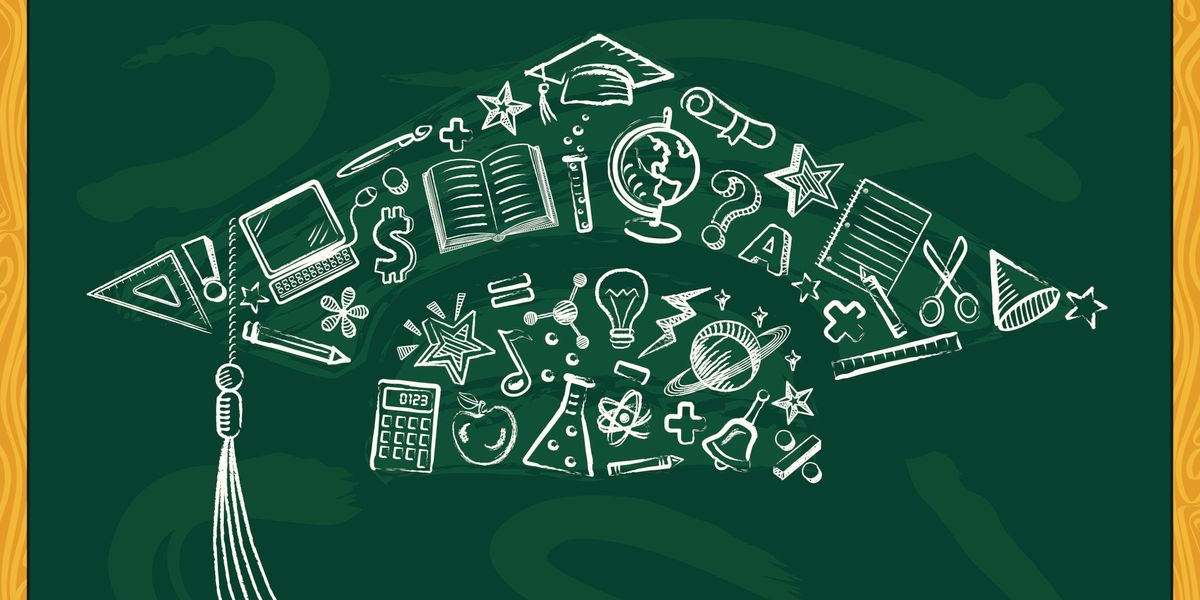 In a previous article, I revealed that I changed my second major. I'm still a dance major, but instead of actuarial science, I picked up another major in English with a concentration in professional writing. There are many reasons why I decided to change my major, and many more reasons why I chose professional writing. It all kind of snowballed throughout the school year until it struck me when I least expected it.

1. I loved the English classes I took as liberals, and my professor was incredible.

My very first class on my very first day of college was Critical Writing, and I had been blessed with the professor who would eventually inspire me to become a professional writing major. Throughout the fall semester I took a plethora of notes, attended every class but one, and visited Dr. Ruppert's office hours religiously for feedback on my essays and my final research paper. I already had a knack for writing, but with Dr. Ruppert's guidance my skills have improved and my love for writing has grown. My interest in this class should have been my first clue that I should be an English major.

2. Although I was good at math in high school, math in college is another story.

I dreaded math in middle school, but when I went to high school, something clicked. My teachers were awesome, and I actually enjoyed learning the material. I figured since I suddenly became good at math, it could be my second major in college. I started thinking about well-paying jobs in the math field, and my parents and I breathed a sigh of relief knowing that I would be able to pay off my student loans and support myself. I wish I would have realized that math in college would be significantly more challenging and time-consuming. I felt like no matter how hard I studied, I couldn't get the grades I wanted. I know it's unrealistic to expect an A on everything, but I was flip-flopping between a C and a D, and I knew it would be a miracle if I got a B.

3. Writing and editing for The Odyssey gave me tons of experience.

I began writing for the Odyssey last November. As excited as I was to let my voice be heard, I was worried that no one would like my articles or want to read them, but my very first article got over 200 views in the first week! My friends and family have been so supportive of my writing, and in January I was promoted to Editor-in-Chief of my community. I soon found a passion for editing as strong as my passion for writing. I love reading content from my creators and helping them tell their stories. I recently began to imagine myself editing for a living.

4. My mental health began to deteriorate.

I mapped out the dance classes, math classes, and liberals I would take every semester until graduation. If I were to graduate in exactly four years with a degree in both dance and actuarial science, I would have to take up to 21 credits every fall and spring semester and at least one online class every summer and winter. I thought if I was ambitious enough I could do it, but no amount of mental preparation would be enough to get me to graduation with my sanity intact. I was in a downward spiral that accelerated throughout the semester. I couldn't sleep. I wasn't eating well, and some days I would hardly eat at all. I had a math class immediately after a ballet class, and I would sit in my desk feeling cold and lightheaded, and praying that I wouldn't pass out. My friends suggested visiting the Counseling Center, but honestly I was already considering it. I was experiencing some of the worst anxiety I ever had. Thankfully I was able to let go of my anxiety in my technique classes and rehearsals. The dance department was where I knew I belonged, and in the math department I was an impostor.

5. I know I'll be happier as an English major.

The day I decided to change my major was when I received a horrible grade on a math test I thought I did well on. I spent the day crying because I knew I could never be a math major with the grades I've been receiving, but the best thing about being at your lowest is that the only way to go is up. I found out what classes I would need for a degree in English. Most of them seemed interesting, especially the opportunity to study Shakespeare in Canada. I looked up what kind of careers I could pursue with a degree in English, and I found a lot that I would be happy in. I met with Dr. Ruppert and talked about a specialization and classes. Then I met the head of the English department, signed some papers, and I officially became a professional writing major. I'm so excited for my classes, the opportunities the English department has in store, and whatever career I'll find in the future. Looking back I realized that I always loved English. So now my only question is: why didn't I choose professional writing as my second major in the first place?