5 Reasons to Love the National Parks Service
Odyssey
CurrentlySwoonLifestyleHealth & WellnessStudent LifeContent InspirationEntertainmentPolitics and ActivismSportsAdulting
About usAdvertiseTermsPrivacyDMCAContact us
® 2023 ODYSSEY
Welcome back
Sign in to comment to your favorite stories, participate in your community and interact with your friends
or
LOG IN WITH FACEBOOK
No account? Create one
Start writing a post
Lifestyle

It's more than just trees and picnic tables. 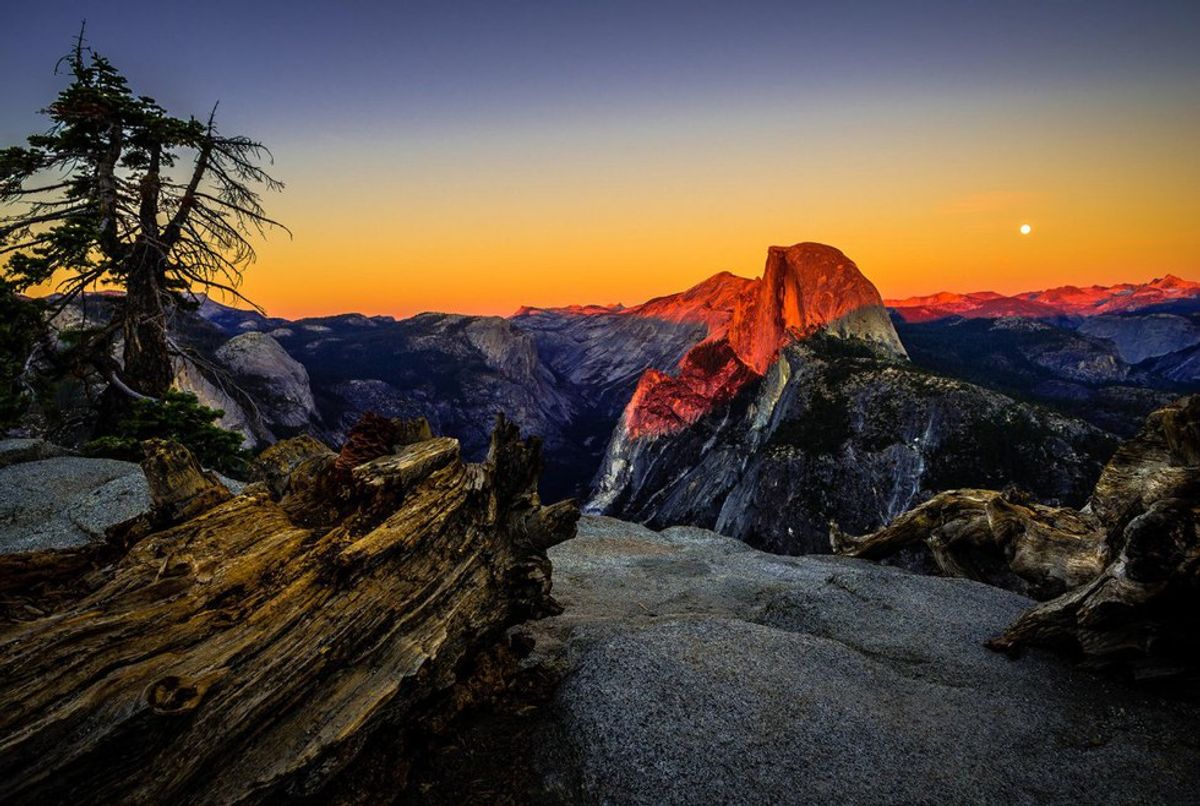 I’m sure by now we’ve all heard of the small, twitter-based rebellion of the National Parks Service.

It began when Trump’s administration instituted a media blackout at various science agencies in the US. Essentially, these government agencies were told not to post about anything regarding national policy on social media.

But this didn’t stop the Badlands National Park twitter account from sharing a series of tweets concerning climate change. While the tweets only stayed up for a few hours before being deleted, they had a resounding effect, sparking a slew of parody accounts dedicated to tweeting climate change facts. The National Park Service later blamed a "a former employee who was not currently authorized to use the park's account". Whatever the cause of the transgression, be it a rogue park ranger or a climate-concerned grizzly bear, I do think it’s time we take a moment to fully appreciate the National Parks Service. So here's five reasons to love our National Parks System.

National Parks are protected spaces that provide refuge for a large number of species that may otherwise face major habitat loss as we expand cities and suburbs. As humanity continues to grow and take up resources, parks provide valuable areas for conservation and protection of the environment.

National Parks provide opportunities for all Americans to spend some time in undisturbed nature. With some park-mediated activities like field trips, science labs, and even classes, National Parks offer immersive learning experiences for all ages. With the threat of climate change and irreversible environmental damage looming on the horizon, it's more important than ever to educate people on how our planet functions in a delicate ecosystem.

Many parks encompass important Native American sites and old fortifications built in decades past. Because these historical sites are within federally protected land, we can maintain their legacy for years to come.

4. They boost the economy.

The amount of money generated by parks-related tourism has a significant effect on the local economy . In 2014, the amount of revenue was close to 15 billion dollars, which resulted in the creation of 277,000 jobs.

You'd have to be blind to deny the breathtaking wonder of the National Parks. Sweeping vistas, towering canyon cliffs, crystalline lakes. You name it, and I'm sure every park has at least ten. But beyond the superficial aspects of these natural phenomenon, it's important to see that our National Parks give us an opportunity to enjoy nature in its most pure state. Having these areas is a guarantee that there will always be some piece of the earth that we don't completely control, and in that we can find solace and peace.

So thank you, park rangers, for taking care of our nation's most valuable asset.